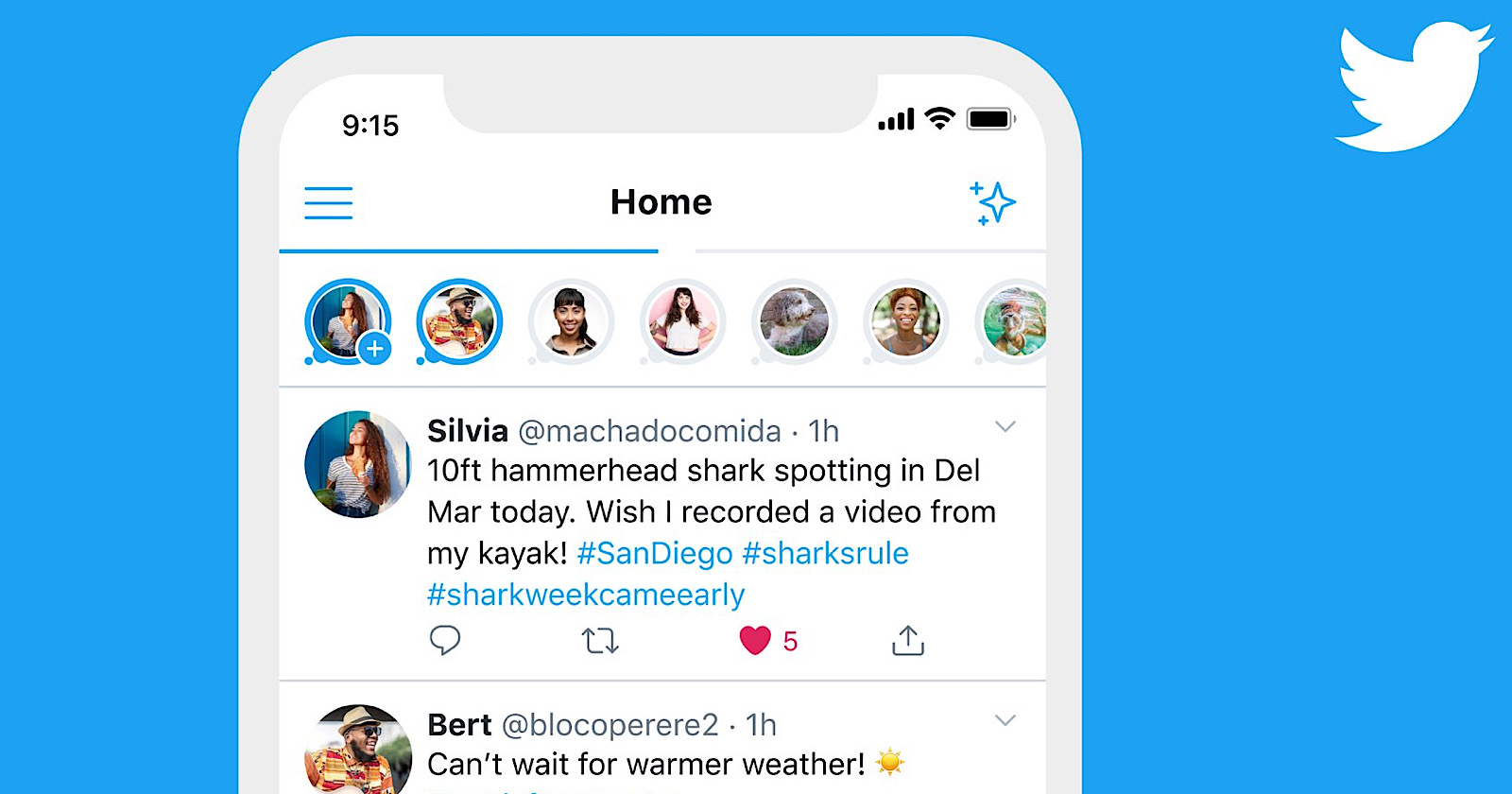 Kayvon Beykpour, product lead at Twitter, made the announcement and previewed how it will look.

As Beykpour explains, this is what makes Fleets different from composing regular tweets:

You can see the similarities between stories and Twitter’s new don’t-call-it-stories feature.

Fleets are a way to share fleeting thoughts. Unlike Tweets, Fleets disappear after 24 hours and don’t get Retweets, Likes, or public replies– people can only react to your Fleets with DMs. Instead of showing up in people’s timelines, Fleets are viewed by tapping on your avatar.

I know what you’re thinking: “THIS SOUNDS A LOT LIKE STORIES!”. Yes, there are many similarities with the Stories format that will feel familiar to people. There are also a few intentional differences to make the experience more focused on sharing and seeing people’s thoughts.5516:01 PM – Mar 4, 2020Twitter Ads info and privacy292 people are talking about this

Also, like stories, Fleets can only be accessed by tapping on a user’s avatar. Fleets will not show up in the regular timeline, so they shouldn’t be too obtrusive for people who strongly dislike story-type content.

It should also be noted that Fleets are in the early testing stages and will only be available in Brazil for now.

However, that hasn’t stopped Fleets from receiving a fair share of criticism. In fact, the announcement immediately created an uproar that caused the hashtag #RIPTwitter to trend worldwide.

Suffering from fewer conversions for the same ad spend on your Google Ads?
Your ads might be getting click fraud. Check if you need to protect your ads from competitors & bots. Simple setup. Start your free checkup today.Run a Free CheckupADVERTISEMENT

Peoples’ criticism primarily stems from the fact that Fleets is a feature no one asked for. Whereas requests for features like an edit button, on the other hand, continue to go ignored.

Everyone: can we get an edit button?
Twitter: No but y’all can have stories #RIPTwitter2,7942:17 AM – Mar 5, 2020Twitter Ads info and privacy883 people are talking about this

According to Twitter’s announcement, the company is doing this in an effort to make people more comfortable with sharing content on Twitter.

Apparently, some users are put off by the fact that tweets can be replied to by anybody and have metrics associated with them such as likes and retweets.

Users also say that tweets feel more permanent, even though they can be manually deleted at any point in time.

Every day, people come to Twitter to see what’s happening. One of the unique things about Twitter is that “what’s happening” is fueled by people sharing their thoughts openly, through Tweets. But sharing your thoughts publicly can be intimidating!

People often tell us that they don’t feel comfortable Tweeting because Tweets can be seen and replied to by anybody, feel permanent and performative (how many Likes & Retweets will this get!?). Many of us can probably empathize with this: https://twitter.com/Hocclevefanboy/status/1234331475874656256 …Will Rogers@HocclevefanboyMy draft folder is full of funny tweets I’m afraid to tweet.2246:00 PM – Mar 4, 2020Twitter Ads info and privacy89 people are talking about this

In an effort to address the reservations people have about tweeting, Twitter will be testing this new Fleets feature.

The test begins today on iOS and Android in Brazil only. Presumably, if the feature tests well, it will be expanded to other countries in time.