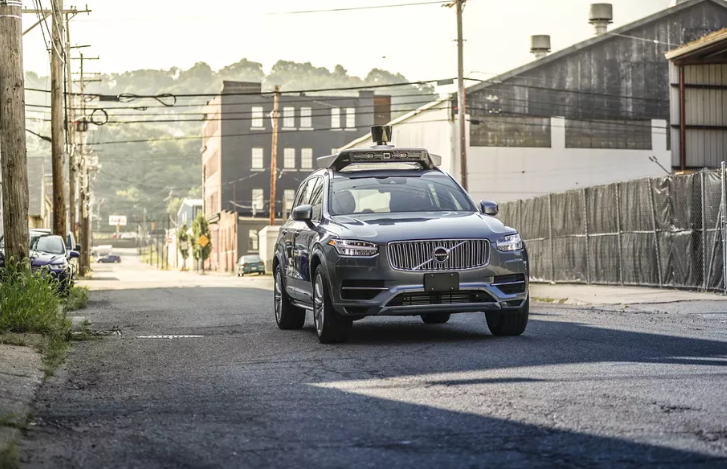 Uber officially resumed testing its self-driving cars on public roads Thursday, nine months after one of its vehicles struck and killed a pedestrian in Tempe, Arizona. The company received a letter from Pennsylvania’s Department of Transportation authorizing it to restart its program, albeit in a highly scaled back fashion.

For the time being, Uber’s self-driving Volvo SUVs will be confined to a one-mile loop around Pittsburgh’s Strip District, where the company’s Advanced Technologies Group (ATG) is headquartered. Only two vehicles are being tested for now, though more will be added. The cars won’t exceed the posted speed limit of 25 mph, and will have two safety drivers in them at all times — Uber calls them “mission specialists.” For now, the cars aren’t picking up any passengers.

FOR NOW, THE CARS AREN’T PICKING UP ANY PASSENGERS

This downsized version of Uber’s self-driving program reflects the extent to which the company’s had to reassess its grand plan to conquer urban transportation with robot taxis after the crash in Tempe. The self-driving Uber car was traveling north with one safety driver inside when it struck and killed 49-year-old Elaine Herzberg while she was pushing her bicycle across the street. The driver was streaming a television show on her phone at the time of the crash, and didn’t hit the brakes until after impact, according to the National Traffic Safety Board and local police.

The governor of Arizona barred the company from further testing in his state, and Uber subsequently laid off hundreds of safety drivers in Arizona and Pittsburgh. In the wake of the crash, reports emerged that Uber’s self-driving program was potentially fraught with risk. Uber had reduced the number of “safety drivers” in its test cars from two to one, according to a New York Times report. This explained why the driver who was in the car that killed Herzberg was alone.

The company’s CEO Dara Khosrowshahi considered pulling the plug on the program all together. But in an April interview with the Today show Khosrowshahi said the company is “absolutely committed to self-driving cars.” And in May, Khosrowshahi was promoting the company’s inevitable return to public road testing. Uber’s ATG had conducted a “top-to-bottom” safety review. In July, Uber returned its cars to the roads in Pittsburgh, but in manual mode only. And in November, it released its voluntary safety report to the US National Highway Traffic Safety Administration.

TWO EMPLOYEES IN EACH AUTONOMOUS VEHICLE
“We implemented recommendations from our review processes, spanning technical, operational and organizational improvements,” Eric Meyhofer, head of Uber ATG, wrote in a blog post. “This required a lot of introspection and took some time. Now we are ready to move forward.”

Uber said it will resume testing with two employees in each autonomous vehicle, enabling Volvo’s factory setting for automatic braking, and strictly monitoring safety drivers. The company said it now has real-time third-party monitoring of backup safety drivers, it sets limits on the amount of time drivers can work per day, and it has improved training.

But it wasn’t easy going. The company’s vehicles were continuing to fail some of their track tests as recently as September, according to documents reviewed by the Times. Uber uses track testing to not only test against common road scenarios, but also edge cases with the goal of training the vehicle to become a generally good defensive driver. But the cars needed to drive 20 percent slower to match the reaction time of a human driver at 25 mph. A spokesperson said some of the test failures were minor and non-safety related, like a hard brake or a too-wide turn.

In a break with the past, Uber is working closer with regulators and third-party experts to build trust. A spokesperson for Pittsburgh Mayor Bill Peduto said since Uber has “accepted established state guidelines, demonstrated transparency, and conformed to our expectations in addressing the unique conditions of a complex urban environment, the city is satisfied that self-driving testing operations by Uber will not introduce an increased level of safety risk in Pittsburgh,” the spokesperson said.

Sam Abuelsamid, a senior analyst at Navigant, had a briefing with Uber in November. “They said all the right things as far as revamping all of their processes for training of staff, reviewing and validating changes and general procedures,” Abuelsamid said. “Personally, I’d still like to see every system being tested on public roads reviewed and evaluated by an independent third party, but since that is unlikely any time soon, this will probably have to do.”

Abuelsamid noted that Uber doesn’t appear to be trying to rush this market as the company was under the management of the previous CEO, Travis Kalanick. And he pointed to Toyota’s partnership with Uber, in which the Japanese automaker is investing $500 million in developing self-driving cars with Uber, “as a big vote of confidence that the changes taking place at Uber are in the right direction.”