Using the internet on planes: your questions answered
Advertisement 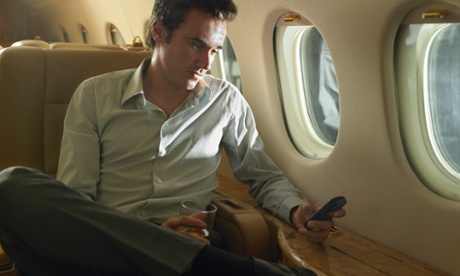 A US ban on the use of electronic devices in-flight below 10,000 feet could be lifted as soon as 2014, which would mean you could use your tablet, ereader or laptop throughout the entire flight.

A 28-person advisory committee is set to recommend the removal of the ban in a report that will be delivered to the FAA on Monday, industry officials familiar with the deliberations told the AP.

“The FAA recognises consumers are intensely interested in the use of personal electronics aboard aircraft; that is why we tasked a government-industry group to examine the safety issues and the feasibility of changing the current restrictions,” the FAA said in a statement in June.

The committee was set up and partially staffed by the FAA, and therefore it is widely expected that the FAA will implement most, if not all, of the recommendations.

Which devices will I be able to use on flights?

The report is set to recommend that most electronic devices can be used, although some might still need to be switched to ‘airplane mode’ with their mobile network connectivity disabled.

Passengers should be able to use devices such as Wi-Fi-only tablets, Kindles, portable games consoles, laptop computers, and digital music players throughout the flight, below the 10,000 feet altitude cap that’s currently in place.

Modern planes are insulated against electromagnetic interference, which means the general consensus, before the full report is published, is that the use of low-powered devices is safe.

One of the primary reasons why the FAA’s expert advisers appear to have recommended the policy change is at least partly because so many passengers flout the rules currently, and seemingly without consequence.

The ban over the use of electronic devices in-flight has often been attributed to the possibility of electronic interference with flight equipment in the modern an era of fly-by-wire planes, which control flight systems using electronic signals rather than physical movement of connect cables.

Another often cited reason for the ban is the possibility that electronic devices such as Kindles, tablets and laptops could turn into projectiles within the cabin if the plane experiences turbulence – though that should also apply to books and other non-electronic devices too, of course.

What can I still not use?

Mobile phones with the mobile network radio switched on. A mobile phone searching for a network operator emits higher energy radio waves than one that’s connecting to a device over Bluetooth or to a network via Wi-Fi, and therefore they are considered more likely to cause electromagnetic interference.

The worry is that fast-moving planes overhead with mobile phones connecting to ground-based infrastructure could cause unnecessary strain on terrestrial networks.

What do the British authorities say?

Right now, the Civil Aviation Authority (CAA) is “waiting for the full report to be published” by the FAA before making any recommendations, said a CAA spokesperson talking to the Guardian.

“The issue obviously affects international aviation, and we are looking forward to reading the FAA’s recommendations. It is, however, only talking about low-emission devices like Kindles and Wi-Fi tablets, not cellularly connected devices like phones,” the spokesperson continued.

When asked how long a response from the CAA could take to the report and begin any implementation, should the CAA agree with the FAA’s committee’s findings, the CAA said it would take “months, not years.”

Tech CEO Pick – Which Tim ‘Cooks” at Apple and Earns the Most among his Peers?