'What is Wi-Fi calling?': How to make calls from your smartphone even if you don't have a cell signal
Advertisement 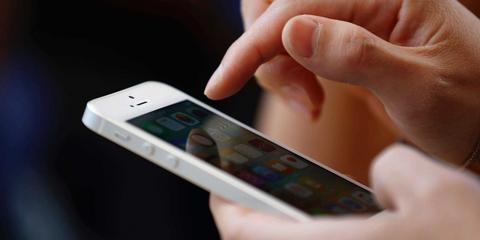 Wi-Fi calling is a service that allows you to make phone calls over Wi-Fi, if you don’t have a reliable cellular connection.

You’ve probably heard a thing or two out there about Wi-Fi calling. However, if you’re not a big tech person, you may be a little confused as to what that is.

It’s actually very simple: Wi-Fi calling is when you conduct a phone call over a Wi-Fi connection, rather than using your cell phone carrier’s cellular network.

Here’s what you should know about Wi-Fi calling, including how to set it up on your phone.

As stated, a Wi-Fi call is a call that’s placed using a Wi-Fi internet connection instead of a cell connection.

There are several advantages to Wi-Fi calling over standard voice calling. Firstly, because it uses something called a High-Definition (HD) Voice service, often calls made over Wi-Fi are clearer and easier to make out. However, this will depend on the speed of your internet connection .

If you’re in an area where cellular service is spotty, Wi-Fi calls can help keep you from dropping calls.

Additionally, on most major phone carriers, Wi-Fi calling services are free, as long as the calls are being made to U.S. numbers.

You should also note that to make Wi-Fi calls, you’ll also have to provide your address. This is so emergency services can reach you if you call 911.

If you want to know how to turn that capability on, here’s how.

How to enable Wi-Fi calling

The exact way to turn on Wi-Fi calls on your phone will depend on what sort of phone you have. But in general:

2. Tap the “Cellular” option to open your cellular network menu.

3. Find the Wi-Fi calling option and tap it.

4. Toggle the Wi-Fi calling switch to the left, so it turns green.

5. A pop-up will appear, giving you more details about the sort of information that gets sent to your cell phone carrier when you enable Wi-Fi calling. Read to make sure you’re okay with the terms, then tap “Enable.”

6. Another pop-up will appear, asking you to confirm your address in order to comply with federal 911 regulations. The appearance of this pop-up may change slightly based on your cellular carrier. Confirm your address, then tap “Next.”

7. Follow the on-screen instructions from your carrier to finish setting up Wi-Fi calling on your device.

If you’re using an Android phone :

1. Open your phone’s dialer the screen where you type in phone numbers and tap the three dots in the top-right corner.

3. In the menu that appears, tap “Wi-Fi calling” and then tap the switch next to it so it flips to the right.

4. You’ll be asked to confirm that you want to enable Wi-Fi calls, and then enter your address. Once you’ve done both, Wi-Fi calling will be enabled.