What it’s like to pay with Apple Pay
Advertisement 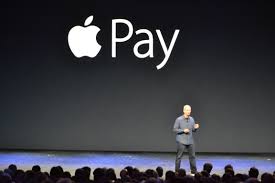 One of the main attractions at Apple’s press event Wednesday — apart from its new phones and its new watch — was the demonstration of what it would be like to pay for things with your iPhone. The whole transaction–from the time the total cost rang up to the moment the iPhone received a receipt for the sale–took about ten seconds.

To use Apple Pay,users have to already have a card saved on their phones, which can either be one already stored in iTunes or one you add yourself. Then you just hold your finger down on the iPhone’s fingerprint reader, and hold the phone near a special card reader.

So is this the revolution we’ve all been waiting for? Maybe. If it works consistently, that’s a lot less time than pulling a card out of a purse or wallet, swiping it, slotting it back into place and then stuffing a receipt into your billfold or pocket.

Of course, demos do tend to run smoothly. In my experience with Touch ID, Apple’s fingerprint reader, things haven’t always been so easy. As myPost colleague Brian Fung reported, those who buy the new phones will get the chance to try it out for themselves in October, at major chains such as Whole Foods, McDonald’s and Subway. Fast food, indeed.

Microsoft refuses US warrant, hangs on to overseas user emails