WhatsApp: Hackers on the prowl, protect yourself
Advertisement 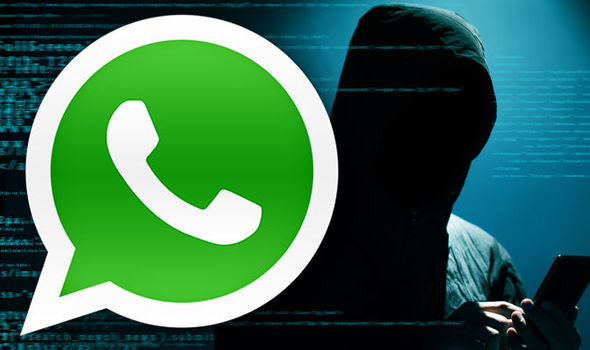 Users are being urged to update their WhatsApp smartphone apps immediately because of a security bug that allows hackers to take over your phone by simply calling it, whether or not you answer.
These hackers could get hold of all your personal information.
They act on your integrity and sometimes send out pornographic posts and inciteful posts, as if you sent them!
They will change your phone number to theirs and replace you in whatever chat group you belong to.
For instance, Mr. Lucas Ajanaku, whose phone was hacked yesterday narrates his ordeal, “I received a call from a number about 6.50pm in the thick of production. The caller introduced himself as one naval captain. The person that came to my mind was one Capt. Olayiwola of NIMASA. We belong to the same WhatsApp group with Dele Adesina, Femi Falana (SAN) and many others from my town in Ekiti.
“He started by saying he noticed I don’t usually contribute on ‘our platform’ and I told him he was right because I am a very busy person. I told him my wife was also on the platform and draws my attention to important developments there.
“Then he broke the ice: there’s a group programme that’s coming up by 10pm, he would want me to be part of it. I asked, what programme, and he said it’s going to be beneficial for me because experts will share their success tips and offer advice on the need to have multiple income streams. I told him I don’t have the time as I would be tied to production but he said I could hook up any time I was free. My phone beeped and he told me he had sent a code for me to be part of the programme. I checked the code and he demanded to know the four-digit stuff, which I read out to him.
“He already knew my name since that preceded the conversation. A few minutes afterwards, a message came from WhatsApp that I had exited the app. I was asked to verify. Instead of verifying, I restarted my phone in the hope that it would cancel out the tech reaction. But the verification request popped up again. I drew the attention of my guy in the ICT department to it. He encouraged me to do the verification.
“At speed of lightning, these scam messages started rolling in like a dammed river losing its fetters. Before I could say Jack, people that knew me and what I stood for started calling, wondering why such messages should emanate from me.”
In order to prevent such things from happening to you, do the following immediately:
•Go to the bottom right hand side of your WhatsApp main page
•Select Settings
•Click on Account
•Click on Two-step verification
•Enter PIN (Choose a six-digit PIN you will remember)
•Confirm your PIN
•Input your email address
(Use a valid email address)
•Confirm your email
•Save your selections
With the above precaution, if someone wants to change your settings, WhatsApp will ask them for the two-step verification and without it the account won’t open.