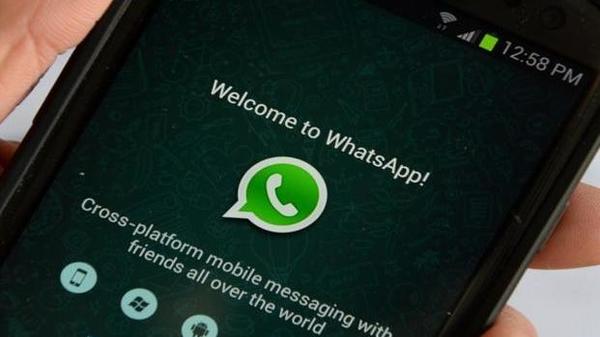 IPHONE WhatsApp users could soon be able to listen to voice messages without having to open the app.

This could be especially useful for users who don’t want people to know that they’ve seen a message or been online.

I leave this here.
Yes, it’s a push notification with an incoming voice message, on iOS.
It will be available in future (maybe in a major update with other features?)

According to a tweet by tech news outlet WABetaInfo, the feature will be coming to iPhones in the future.

In this case, WhatsApp beta is a version of the messaging app which users can download if they want to test out the latest features that the company is trialling before it decides whether to put them on the normal version.

WABetaInfo said: “Yes, it’s a push notification with an incoming voice message, on iOS. It will be available in future (maybe in a major update with other features?)”.

The concept of being able to play voice notes from notifications on your home screen or lock screen could definitely save people a lot of time but it isn’t without its flaws.

It could technically make it easier for you to accidentally play those voice messages out loud.

No doubt WhatsApp will be looking into a way of making sure users can’t embarrass themselves by accidentally pressing play when they’re just holding their phones or have them in their pockets.

A release date for the feature is unknown and we don’t know if it will becoming to Android phones.

Sometimes companies test features in beta versions of their apps and then decide not to develop them any further.

Dark Mode is another highly anticipated feature supposedly coming to WhatsApp, although it also hasn’t been confirmed yet.

How to get WhatsApp beta

To download WhatsApp beta for your smartphone you need to go to Google Play on your Android and search for WhatsApp.

Scroll down the page until you see “Become a Beta Tester”.

Tap the “I’m In” button and then click “Join” to confirm.

Now all you have to do is wait for the update to the beta version of the app.

Downloading WhatsApp beta on iOS is a much trickier and riskier process so this is not recommended.

However, WhatsApp beta can be downloaded on a computer via the Google Play site.