WHEN WILL YOU FINALLY MAKE A PROPER KINDLE, AMAZON?
Advertisement 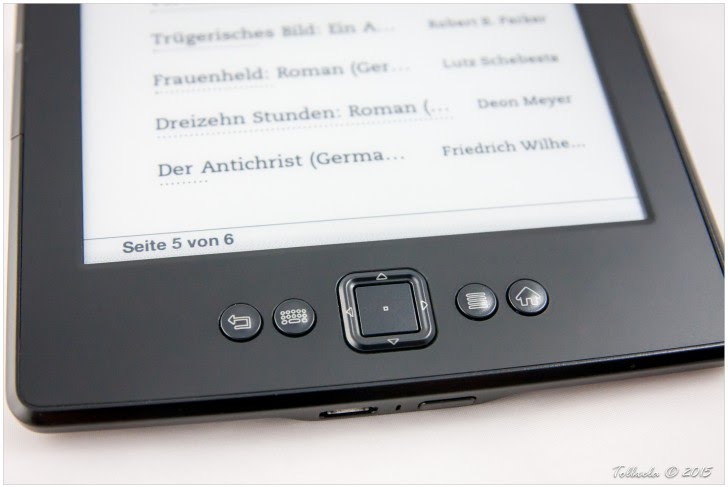 This Sunday we do something a little different. E-book readers don’t exactly fall in line with our traditional topic list, but they still have a place in our personal field of interest and expertise. Oddly enough, there seems to be a vacuum of in-depth reviews, particularly comparative ones. So, I thought I’d share my personal experiences, as a historical run-down and comparison between different generations of Kindle devices.

I’ve been a Kindle user for six years. My career requires long hours of reading, and that’s also a favorite past time. Heck, even my job here as a moderator at GSMArena requires going though thousands of comments.

I have a little over a thousand books in my library and my average day for the last three years includes 8-9 hours of reading, a lot of it done on а Kindle since it doesn’t strain my eyes. Yet all this experience has shown me is that Amazon just can’t or won’t make an e-reader device for avid readers. Read the rest of this review/rant to find out why.

The Kindle 5 is the e-reader I’ve used for the longest time. Experiencing E Ink displays for the first time, I was thrilled to discover that it felt just like a regular book, with some significant upsides, such as less weight, changeable font sizes, and so on. Compared to a computer, tablet or smartphone screen, the lack of eye strain completely got me in the e-reader cult.

I was pretty happy with it, although over time the buttons started showing signs of wear and tear and got a little “clicky.” Overall, the build quality and reading experience were superb. The battery life was remarkable, even after four years of daily use. It has consistently lasted around 3-4 weeks on a single charge. I got used to this splendid performance and took it for granted. The only thing missing back then was a touchscreen, so typing, highlighting and taking notes would be an excruciating process on a device not meant for typing. 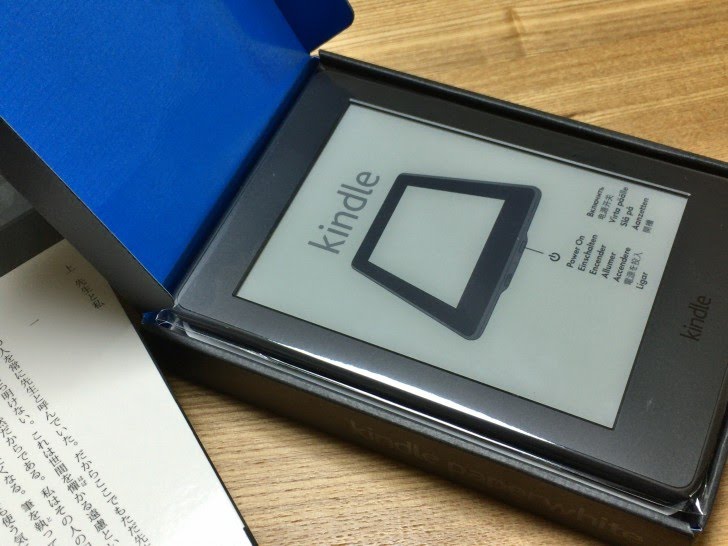 * Since Amazon doesn’t officially release detailed technical specifications of their Kindle devices I cannot be entirely sure whether they’ve downgraded the battery capacity.

The illuminated screen felt great, even though the build quality wasn’t quite as good. The touchscreen, while painfully insensitive and sluggish due to the slow display refresh rate, was a God-sent for typing and highlighting, but a tad uncomfortable for changing pages (the primary action you perform on a Kindle). Yet, the most significant downgrade was battery life. Even with brightness set to 0, the Paperwhite lasted a week or less of intensive reading, on a charge.

Amazon advertises battery life at six weeks if used for 30 minutes per day, with Wi-Fi off and brightness set to 10. I honestly didn’t feel any noteworthy difference in battery life after changing brightness settings, although I’ve never used it at levels higher than 15 (it goes up to 24).

I started to miss the days I had physical buttons at my disposal and when not every accidental brush against the screen changed the page, and I spent the longest time contemplating whether I should opt for the more expensive Voyager (Amazon discontinued it before I had made up my mind) and later, the Oasis, just for the physical buttons.

In the end, my worsening eyesight was the decisive factor, especially after Amazon unveiled the 7” Kindle Oasis in 2017. All other Kindles are 6” and while compact and easy to carry around, are a bit of a drag to read on continuously, especially if you’re using a larger font size. 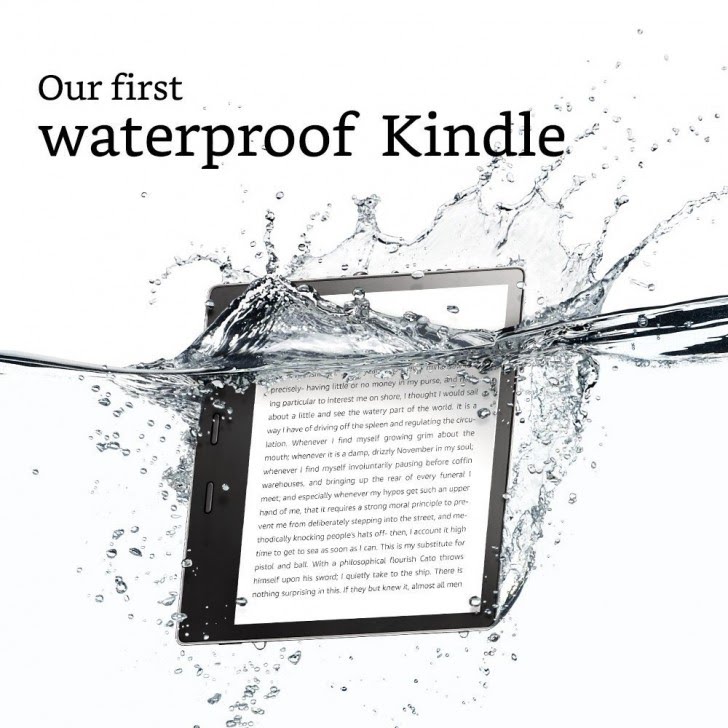 I got the Kindle Oasis (9th Generation) (2017) just recently. We do have a full review of the Oasis 2, which you can check here.

I bought the Wi-Fi only 32 GB version which costs around £259 because Amazon only offers 8 and 32 GB versions. 8 GB is too small for me, and while 32 GB was way more than I needed I had no other viable option. I wish they made an in-betweener, a 16 GB version, which should be enough to store all my comic books without overpaying for storage.

I paid less than full retail, only because there was a warehouse deal on Amazon. Even so some of my expectations were dashed while unboxing when I discovered there isn’t a power adapter included in the box, even for their most premium device and I refuse to pay the extra £17 on principle.

The Oasis itself feels fantastic, especially after you get over the strange design, complete with a handlebar on the back. The screen is smooth, and seems to have a better refresh rate (I can’t be sure since Amazon doesn’t release comprehensive specs) so it makes for an efficient browsing and typing experience. The build quality is excellent and the return of physical buttons is a superb treat, for me.

The software isn’t all that different from the Paperwhite. The useless Home screen, thankfully easy to turn off, is still there, the same shameless shoving of Goodreads down your throat is also still present.

Fortunately, the good stuff is there as well, such as simple highlighting; searching within the library; pressing down on a word for a definition; easy access to the store, and a filter-rich, simple way to browse through books.

There are also some great new additions, such as auto-rotation, adaptive brightness, and a nightlight mode, for those of us with more sensitive eyes. It would have been even better if the nightlight didn’t just reduce brightness gradually, but also had a blue light filter.

I love that you can turn off the touchscreen while reading and use only the physical buttons to avoid accidental turning of pages. Overall, most changes in the software are upgrades and facilitate the user experience. 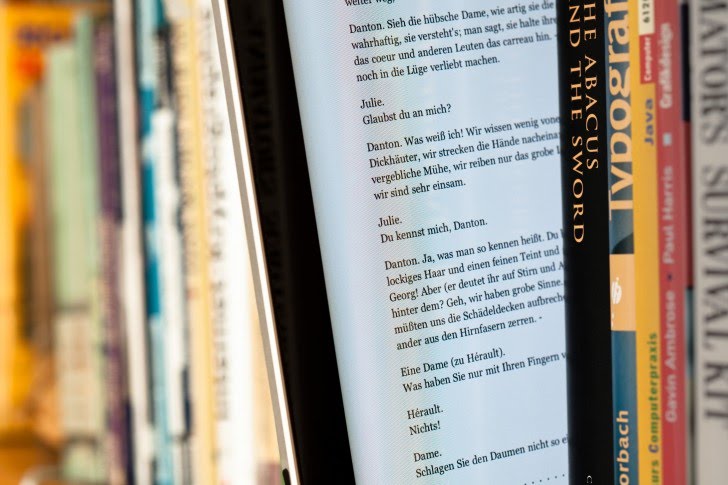 Unfortunately, migrating from one Kindle device to the next is a pitiful experience. Moving hundreds of books and personal documents, which were diligently organized in collections from the Kindle 5 to the Paperwhite was a real nightmare. In theory, everything (well, almost) is on the cloud, and it should be easy, right? It wasn’t. The reason for that is that, apparently, collections on older versions of the Kindle software weren’t being backed up on the cloud. I ended up spending days reorganizing my library and making sure everything is just right.

This time around, when moving my library to the Oasis, my collections were on the Amazon Cloud, so I naively thought the process would be painless. However, Amazon still saves wirelessly sent files only, which means all personal documents I have transferred from my computer via USB aren’t in the cloud.

So, I had to send data to the device all over again, manually. Sure, this issue might be limited only to my use case because I transfer via cable alongside more modern methods such as emailing my docs or one-click buying.

The next annoyance, even in the 21st century, is downloading all your books on your device. I don’t know about you, but I’m uncomfortable having only the literature I currently use on the device since there might be a time I need something from my library, while lacking Wi-Fi access. Not a problem, if you spring for a network-enabled Kindle, with Whispernet. But that comes with quite a hefty price hike, over the already expensive Oasis.

On the Oasis, I could download my collections, but there isn’t an option to automatically do the same for the books inside, so once again I spent hours clicking “save to device.” Only after removing duplicates by hand and ensuring everything is where it’s supposed to be, could I start enjoying the Oasis. For comparison, my last smartphone migration from a Samsung Galaxy S7 to a Google Pixel 2 took about 10-15 minutes, during which I barely had to do anything. 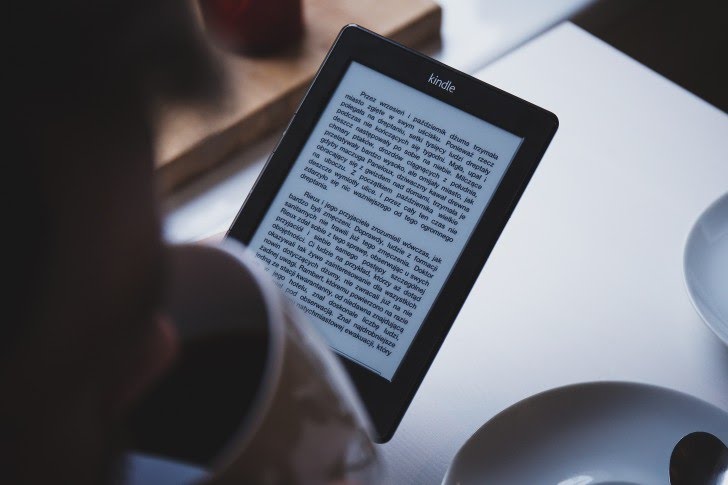 All this said, I’ve been happy with Kindles more often than not. They’ve endured overly extensive usage astonishingly well. However, I wish Amazon would consider doing a no-compromise device rather than just releasing a multitude of models, which exclusively target the casual consumer, who reads 30 minutes per day.

A larger screen would be a blessing for more specific types of books, e.g., technical literature, rich in tables and graphs. A stylus or some other tool would make it much more useful to people, who take extensive notes. Another useful feature would be a more natural way to organize notes and annotations (at the moment I use an outside service – Clippings.io – which is a life-saver).

Onyx BOOX is an excellent example of a company that has a vast selection of models, for every type of user. However, I am not ready to jump ship, just yet. The tedious process of migration is one of the reasons I’m afraid to buy an alternative e-reader. I shudder at the thought what transferring gigabytes worth of books to a non-Amazon device would be like, seeing it takes so much time and effort from one Kindle to the next.

One more reason I’m dreading purchasing another brand of e-reader is losing access to the vast e-book library Amazon has to offer. In 2017 Amazon sold 82% of all e-books worldwide. Now that’s an oligopoly if I’ve ever seen one.

Interestingly enough, the price tag is also a factor. Which is noteworthy, since Kindles are not really affordable to begin with. The bigger 9+” Onyx BOOX models cost around £400-500, which is more than twice the price of the most expensive Kindle. Simply put, Amazon needs to realize it’s not alone in the market anymore and offer more variety to its customers. Or, is the small e-book niche not worth more attention, even in 2018?

So there is some market segmentation, but it seems Amazon just refuses to respond and sells pretty much the same e-readers it did in 2011 year after year.

Are e-readers for everybody? Honestly, I think the average reader would do just fine using the Kindle app (or an alternative) on their tablet, especially if said tablet has a good screen. Users are smart enough to be aware of this since the Kindle App for Android is the most popular reading app in Japan, second in the U.K. and Canada and third in Germany and the U.S. In 2016, dedicated e-readers held the smallest share (8%) of devices people read on, while tablets and smartphones accounted for 28%, among readers in the U.S.

So it’s clear that the average buyer doesn’t need a separate, not-so-cheap device for reading. Which makes it even more frustrating that Amazon doesn’t cater to the small pool of potential customers, who are willing to pay a premium price for a more useful and flexible e-book reader.

WHATSAPP WARNING: SHOCK FLAW COULD CAUSE BIG CHAT APP FIGHTS BETWEEN YOU AND YOUR FRIENDS