Why Does the Internet Hate Amber Heard?
Advertisement 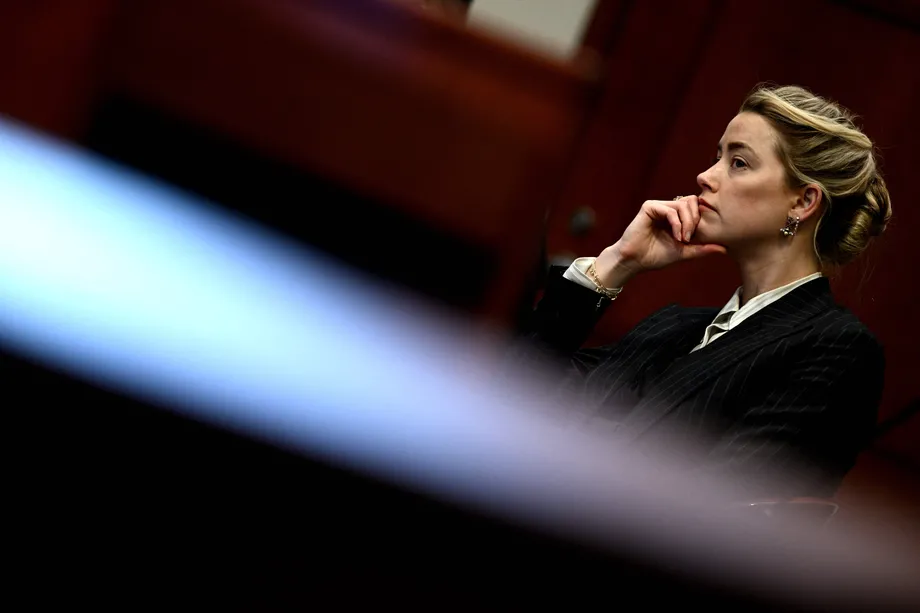 It’s the trial of the century—kind of. The legal showdown between Johnny Depp and Amber Heard has captivated the country, and Derek is a bit confused. Why is everybody talking about this miserable celebrity relationship?

It’s the trial of the century—kind of. The legal showdown between Johnny Depp and Amber Heard has captivated the country, and Derek is a bit confused. Why is everybody talking about this miserable celebrity relationship? Why are so many people obsessed with demonizing Amber Heard? Producer Devon Manze explains to Derek why she thinks the trial has conquered the news cycle, and The Atlantic’s Kaitlyn Tiffany explains why the internet hates Amber, and what it says about the future of truth, fandom, and who we are on the internet.

In the excerpt below, Derek and The Atlantic’s Kaitlyn Tiffany discuss comparisons between Gamergate and the Amber Heard–Johnny Depp trial and social media responses to the trial.

Derek Thompson: Kaitlyn, why is the internet so obsessed with this trial?

Kaitlyn Tiffany: Well, I think one thing to understand about why so much of the trial stuff seems to be everywhere is that it is emanating from these groups of people that are already really tightly connected and networked. So, that would be the Johnny Depp fandom or related groups that are sympathetic to the Johnny Depp fandom. This is why, I mean, not to draw this comparison right off the top, but this is why Gamergate felt unavoidable, right? Not because literally every person on the internet was interested in it, but because it started with these groups who were super tightly networked, really good at signal boosting and just pushing things out over and over until eventually it does hit that point of mass interest, or even just mass passing interest, so …

Thompson: Can you just do a quick 101 on what Gamergate was? I know that’s a really complicated question because it was 1,000 things that somewhat predicted the internet age in which we all live. But in a nutshell, what was Gamergate?

Tiffany: Yeah. Gamergate’s, I don’t know, arguably the most important cultural, historical event of my adult life. It started actually when I was in my first year as a journalist at a tech website, so I was very intimately acquainted with Gamergate. But basically, Gamergate was this elaborate, I guess you could say, system or network of harassment campaigns that started in the video games sphere and was directed at women in that industry, and then just radiated outward to be this just massive outpouring of misogyny and reactionary politics on the internet.

Thompson: And a lot of these people that were harassing women, harassing female journalists often in Gamergate were really tightly connected within the network of people on Reddit or Twitter or Facebook and Instagram. If you think about how the internet works a little bit like a virus, this is an old metaphor that has been unfortunately brought very, very close to our lives in the last two years; what you’re talking about with well-connected individuals is super spreaders.

The same way that we understand that with the virus, there’s certain people that are more efficient at spreading the virus within an indoor environment, there’s certain people online that by virtue of where there are in a network, they have really influential friends, or by sheer simple virtue of the fact that they have a lot of followers. They don’t have 50, they have 500,000, or 1 million people that are closely connected to them. If they want to push a message that says, “Attack this female journalist,” “Attack this male journalist,” “Attack Amber Heard,” they’ll be very influential because of the scale of their reach and the scale of the people that are first order connected to them. Is that right?

Tiffany: Totally. And I think even more so than during Gamergate, we now have an internet that has pretty coherent incentive structures where there comes an easy-to-spot tipping point where there’s enough interest in a topic that if you start creating content about that topic, it can be hugely beneficial for you.

So, this obviously started with fans of Johnny Depp pushing out these narratives, and then quickly it becomes something that a general interest YouTuber is going to make a video about because it will get 1 million views. I recently wrote about this woman who used to be a generic Instagram lifestyle influencer, and has since grown her audience exponentially by covering these pop culture, true crime stories that blow up overnight. She did a lot of stuff about Free Britney and Gabby Petito. So, I think it’s that two step is what really gets it to the point where every single person in your life is like, “Wow, why am I seeing so much stuff about this trial?”

Thompson: Right. So, what you’re saying is there’s two waves of anti–Amber Heardism. The first wave of anti-Amberism are Johnny Depp fans. These are people who have lots of followers and love Pirates [of the Caribbean]. Love, I don’t know, Edward Scissorhands. They love the whole Johnny Depp canon. And the second this trial starts, they start pushing out a bunch of negative stuff about Amber Heard, and they get a lot of attention from their own communities.

The second wave of anti-Amberism is all these people who are lifestyle bloggers or lifestyle vloggers on YouTube seeing, “What is everyone talking about? What’s the trending topic of the day? Oh, it seems to be finding various ways to hate on Amber Heard.” And so like mercenaries, they come out of the woodwork and they start producing content that is likely to get them a lot of clicks, and suddenly this second wave blooms the anti–Amber Heard movement, where it now is just this all-consuming beast on the internet.

Tiffany: Yeah, totally. And then both of those groups are able to appeal to people that have natural sympathies for what they’re doing. So, the easy thing to compare this to would be QAnon. People who love puzzles or love to believe that there are secret machinations behind Hollywood or behind what the press isn’t telling you, they’ll be drawn in. They’ll be curious about this story. Similarly, I think there’s been some coverage of men’s rights activists who want to emphasize how women can manipulate and destroy men. This is a convenient story for them too. It’s just going to be this rolling pile of junk.

Thompson: Right, that’s the third and the fourth wave and the fifth wave and the sixth wave. Yeah. So, let’s get to the article that you wrote for The Atlantic called, and we’ve already started to answer this question, “Why the Internet Hates Amber Heard.” Describe first the nature of the internet’s hatred for Amber Heard. Give me examples. What level of disgust are we talking about here?

Tiffany: Yeah. Total disgust. I think what really drove it home for me and made me be like, “This is really bizarre,” is that I follow a lot of Harry Styles fans on Twitter, and I started to see them tweeting, “Listening to Amber Heard makes me sick.” “Amber Heard is the plague.” So that was pretty startling, because I thought that language was pretty strong and unexpected from them, especially because the Harry Styles fandom considers itself to be pretty progressive.

And then the second thing that I noticed that was really jarring was on TikTok, there were a lot of teenagers who were acting out Amber Heard’s claims from her testimony about specific instances of her being violently abused. They were acting out on TikTok to make fun of them, in this way that’s just … You could probably write a thesis paper on some of these TikToks, because there’s just so much going on. It’s so weird to see a teenage girl ask her boyfriend to put on a pirate beard to pretend to slap her in the face as a joke.

This excerpt was lightly edited for clarity.