Why I'm still calling it the Oculus Quest
Advertisement

Google's Project Nimbus is the future of evil

A new AI can finally illuminate the Moon's darkest places 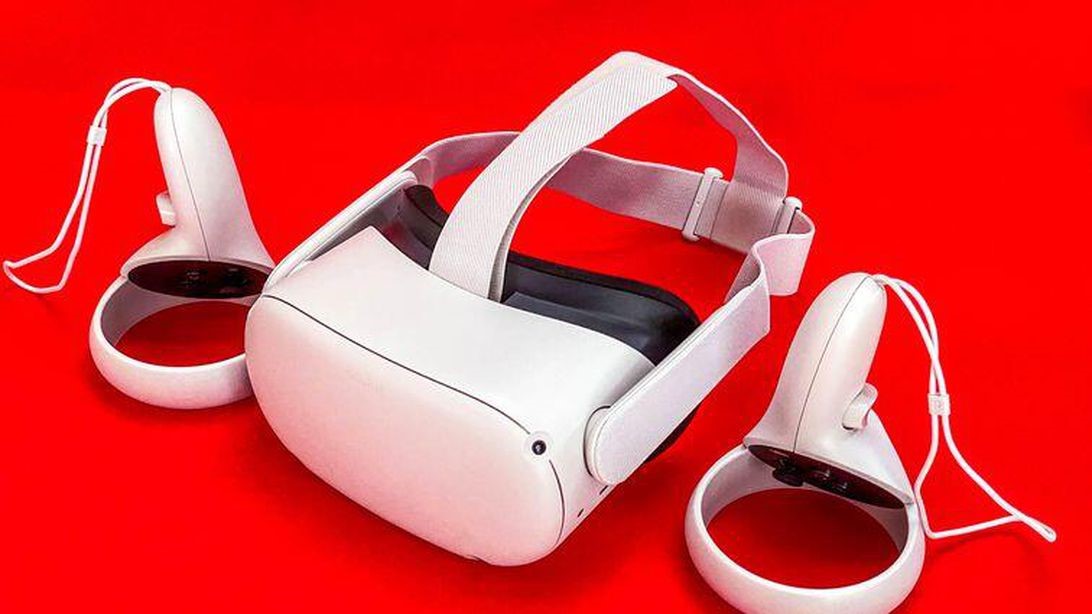 Commentary: Meta’s rebranding of its popular VR headset has happened, but I don’t care.

It doesn’t matter to me, because I call it the Oculus Quest. I’m not alone.

Plenty of my friends bought Quest 2 headsets in the past year. They call it the Oculus Quest. My iPhone app, which connects to the Quest, is still called Oculus (for now, at least). Amazon sells it as the Oculus Quest 2.

It became an excellent alternative game console for lots of people when the PS5 and Xbox were sold out over the past year (although it still isn’t safely designed for kids). But now, midstream… an attempt at a name change. That type of move makes no sense at all.

I mean, I get it. Facebook becomes Meta, because of the metaverse. Even so, when Facebook (Meta) announced the shift away from Oculus last year, I was already skeptical. I can see Facebook (Meta) wanting to put a new name on its consumer products, but why wouldn’t Oculus be the sub-brand for its VR line? Maybe Facebook (Meta) sees Quest as that primary product name now. And for the VR software ecosystem, it looks like Facebook (Meta) now wants to lean on Horizon, the name for the company’s latest attempt at an emerging metaverse social platform.

Apparently the Meta brand rollout will continue to be gradual, and someday the app on my phone will change, too, according to Meta’s CTO-to-be Andrew Bosworth. That won’t stop people from calling it Oculus anytime soon, though.

Entertain your brain with the coolest news from streaming to superheroes, memes to video games.

Just as I still call Meta Facebook, because that’s the app people use — Facebook — I refer to the Meta Quest 2 as the Oculus Quest 2. The switch to Meta as a brand is the final step, seemingly, in killing off the vestiges of the company Facebook acquired in 2014 for its innovative VR. As Facebook absorbed more of Oculus, maybe this was inevitable. Many of Oculus’ original executives and founders left a long time ago.

And as Facebook (Meta) has been transforming its vision of immersive technology from VR to a planned future target of AR smart glasses, that’s a good time for a name change, hypothetically. But for its just-starting-to-get-more-popular VR headsets, it’s the weirdest pivot ever.

It’s already hard enough to explain what the hell a metaverse is. The name metaverse was, at first, at least a more useful (and viral) way of describing AR, VR and mixed reality. But as that term has exploded into a philosophical and marketing cloud of sparkling hype-motes, it would be really nice to just help ground people with a few clear product names. Like, oh, the Oculus Quest 2.

As I continue to write stories about the Quest 2, I’ll probably often just call it that — the Quest 2. But I’ll also sometimes say Oculus Quest 2. And in parentheses, Meta. Like Facebook (Meta). I’m not ready to rename it, and neither is my phone. Oculus isn’t the most amazing name in the world, but at least it has a reference point. At some point, Meta might, too. For now, calling it the Oculus Quest 2 seems like the best way to describe what it actually is. I’m just trying to help people. Why change the name of something that’s already here?

We may have a new Meta VR headset coming soon, one that includes face and eye tracking and more mixed reality features. When that hardware arrives, I’ll re-evaluate. Until then, enjoy your Oculus Quest 2.

Fast-Tracking the Search for Energy-Efficient Materials With Machine Learning

Can VR art help us see the real world differently?