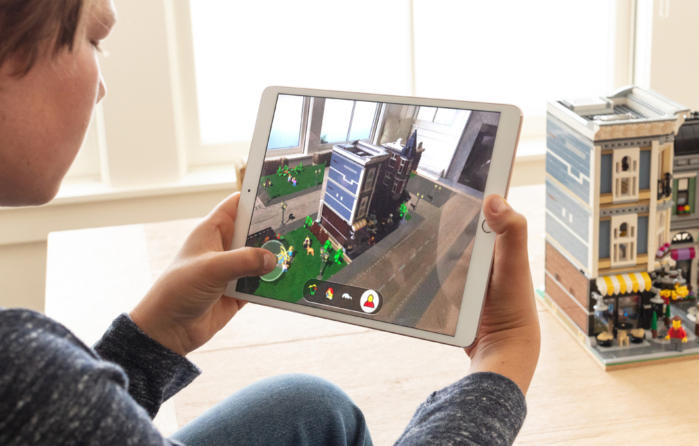 You could be forgiven for thinking Apple’s iOS 12 is all about fun consumer features, but when iPhones account for a healthy chunk of mobile enterprise deployments, you need to look a little deeper than that.

The operating system is packed with robust feature enhancements, security improvements, and powerful machine intelligence. This is, after all, the platform that can figure out blood loss in the operating room with a single photograph while also playing virtual games with Lego. Hundreds of millions of users employ their devices in millions of unique ways. That’s what Apple’s platform supports. What follows are some of the iOS and feature enhancements likely to be of most use to enterprise.

The latest release (available now in beta and set to ship in the fall) is being developed with stability and performance in mind. This means existing devices should enjoy a nice performance boost. What makes this really good news for cash-strapped CIOs managing digital deployments is that iOS 12 will run on all the devices iOS 11 supports, all the way back to iPhone 5s and iPad Air. Such broad device support makes iOS 12 a must-have upgrade for hundreds of millions of users, and it means enterprise users can hope to maximize the usable life of the devices already in deployment.

Augmented reality (AR) for the enterprise
ARKit 2 isn’t just for playing games. Apple has expanded its AR support to introduce multi-person support and the capacity to send AR objects inside Messages and Mail. A new AR app called Measure also opens up opportunities for enterprise developers. Improved face tracking, 3D object detection, and even better rendering makes AR more compelling than before. Retailers can create shareable product sheets, and homeware sellers can think about accurate renditions of how their products will look in people’s homes.

Apple’s decision (supported by Adobe) to work with Pixar to develop a new AR format called USDZ makes it possible for enterprises to make all-new solutions with AR inside. This has relevance beyond retail: education and training guides, operational procedure testing and review, field guides, even emergency situations will benefit from these improvements.

A long time coming, perhaps, but grouped notifications means busy knowledge workers will be able to keep a much better track of incoming messages, tasks, and app-related reminders. This support also lets us assign levels of urgency to notifications in the form of what Apple calls “Critical Alerts.”

Another communication feature enterprises users will enjoy is called Downtime, which limits the device to only make and receive phone calls and use certain user-defined apps while enabled. You’ll switch this on when you want to get things done.

[ Take this mobile device management course from PluralSight and learn how to secure devices in your company without degrading the user experience. ]
Apple’s new digital wellness tool (Screentime) will empower all of us to identify apps that suck up our time and let us take control of that use. Apple wants its devices to be addictive in a good way. There’s a danger: Now that the tool exists, will enterprises seek to harvest such data to track employee time? And what might that do the autonomy that drives the evolution of the digital enterprise?

With up to 32 active participants, Group FaceTime is a powerful illustration of just how much can be achieved on a cohesive computing platform. While it’s limited to iOS and Macs, Apple has figured out how to support 32 video streams within one app over incredibly low bandwidth. To achieve this, it does clever things at the server level, where all these chats are combined into one slim feed — the system is also smart enough to identify who is talking and bring their image to the front. The fact that FaceTime is highly secure by design means this will be a useful collaboration tool for Apple-using enterprise pros.

Siri gets much smarter

I plan to get into more depth around Siri improvements in iOS 12. Here, though, I’ll simply note that Siri Shortcuts should help enterprise users just as much as they do consumers. Siri’s new-found ability to automate your work and personal routines and useful machine intelligence that lets the assistant identify if you are running late and suggest what to do about it is also pretty helpful.

There’s more to machine intelligence than Siri, and Apple is pretty focused on making sure its systems are the best solutions to use when building new AI models. Core ML 2 and CreateML help both empower agile AI development and help foster future coding talent, another great reason for enterprises to use Swift. A very brief assessment: Siri got much, much smarter in iOS 12.

Apple’s a poster child for responsible technology platform development. The company’s decision to block tracking code in comment threads or via social media “like” buttons means devious hackers won’t be able to abuse these tools to identify, monitor, or hack high-value enterprise targets. That’s a big step toward tight security in an era in which criminals will use a raft of different tools to break into enterprise systems.

Apple’s decision to make it harder to hack into devices over USB also helps protect knowledge worker secrets from prying eyes, while much improved support for third-party password managers gives mixed-platform enterprises an even break.

Voice Memos, Stocks, News, and Home all made their first appearance on the Mac at WWDC. Apple was at pains to say (again) that it has no intention of combining Mac and iOS platforms, but the company did reveal its intention to make it possible for app developers to create Mac versions of iOS apps in 2019. With enterprises moving to adopt Macs once they spend time with iPhones, this has to be an opportunity for bespoke business application development on the Mac. Those internal enterprise iOS apps are prime candidates for such moves.

Apple’s decision to open its Health Records API to developers unlocks a whole new business opportunity within healthcare tech. The motivation is to help nurture an ecosystem of apps that use this data. The Health Records feature allows patients from over 500 hospitals and clinics to access medical information on their iPhone. This is really significant; not only does it enable patients to share and read their own apps, but it also unlocks new opportunities to make better use of patient data in personalised digital healthcare. This should also have implications on enterprise health insurance provision, as better care plus better health may mean lower premiums.

Apple at WWDC also announced Apple Business Manager. Available now in the U.S., Apple’s MDM suite will be available in 65 nations by the end of summer 18. It’s a web-based portal IT administrators can use to manage people, applications and devices and is designed to make set-up much easier.

“Apple School Manager and Apple Business Manager make it easier than ever for organizations to put Apple devices in the hands of students, teachers, employees and guests,” said Michael Devins, Product manager, Jamf. “These deployment programs are a major platform differentiator for Apple, allowing organizations to deploy Mac, iPad, iPhone and Apple TV with ease and at scale.”

Apple has more information on this here.

There’s a great deal more enterprise benefits to be unlocked inside of iOS 12 than these, so I’m signing off for today to head to the WWDC show floor to find out more.