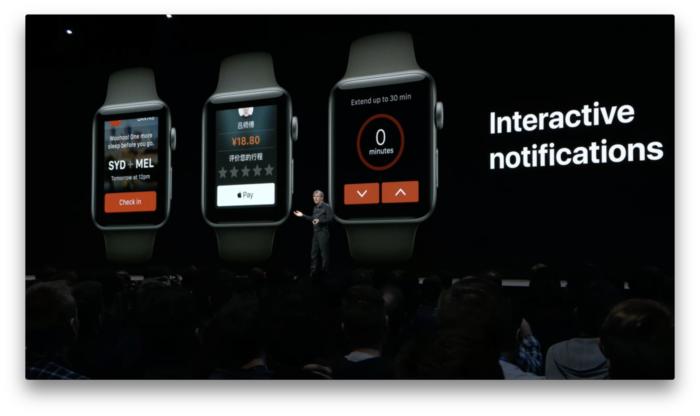 Apple’s watchOS 5 plays to the strengths of Apple Watch and opens up some new and interesting ways to develop for and make use of the device.

The enterprise case for Apple Watch

Apple always says its goal with the Apple Watch is to deliver brief and meaningful interactions at exactly the right time.

This dedication to context and convenience means that when the company ships the next iteration of the OS, it will make its solution much more essential to anyone who needs to stay up to date while remaining focused on the matter at hand, or who needs to stay in touch while leaving the phone behind.

Apple Watch is becoming a viable alternative to an iPhone. watchOS 5 builds on the built-in SIM the company put inside the device last year with a series of enhancements:

In combination with the device’s existing ability to dictate notes and messages, and the new addition of support for looking at websites (see below), Apple Watch has become a powerful communications tool in its own right.

There was a huge cheer at WWDC when Apple announced the introduction of Grouped Notifications on iPhone. This extends to Apple Watch, making it far easier to manage and control the alerts you receive.

The newly introduced Dynamic Notifications feature is something that both public-facing business offering front-end app support to customers and enterprise firms deploying their own proprietary iOS apps will want to explore.

This lets developers add additional steps to a notification — a restaurant may remind you of your booking and ask you to confirm (or change) your arrival time or the number of guests that should be expected. Or a ride sharing app may let you pay, rate, and tip for your ride — all from within the notification.

Finally, Critical Alerts are a new kind of notification intended for extremely urgent alerts. These need to be given explicit user permission to work and are intended to alert wearers to things such as heart rate anomalies or diabetes-related blood sugar warnings.

The updated Siri watch face is a great illustration to show how much smarter Siri has become across all Apple platforms.

Siri will use the watch to provide the wearer with a host of additional predictive and proactive shortcuts throughout the day “… based on routines, locations and information such as heart rate after a workout, commute time with Maps at the appropriate time of day, or sports scores for a favorite team.”

What makes this even more interesting is that it will now show actionable content from third-party apps, which is great for consumer and specialized enterprise apps.

Apple is pushing developers to ensure the Apple Watch shortcuts they provide are to the most relevant tasks. The basis for deciding this might be time, location, or app utility (a recipe app may provide a recipe of the day, for example).

What Apple sees as critical is that these notifications are interacted with and truly represent what Apple Watch users need.

App developers need to note that when Siri decides which Shortcuts it will offer on the Siri Watchface, Siri will pay particular attention to how the user has interacted with your app in the past.

Also, you don’t need to say “Hey, Siri” to activate the assistant. All you need to do is start speaking to Siri as you raise the Watch towards you.

Do you remember how Steve Jobs — when announcing the original iPhone — boasted that the iPhone offered people access to the real internet, rather than some stripped-down version?

watchOS 5 brings a little of that same delight and now integrates WebKit support, which means you can use your watch to glance at things such as web links or other items sent to you.

It’s not perfect — you can’t access video playback or web fonts, though you can use your Watch to fill in HTML-based forms. Apple will render pages in Reader Mode when that mode is available.

All the same, some people will wonder if web designers will now need to figure out how to design websites that scale all the way from a Watch to a 30-inch display.

There are lots of workout improvements in Apple Watch, including auto-workout detection. Not only does your Watch figure out when you are exercising, but it will also terminate a workout once it detects the activity is over. New yoga and hiking workouts and helpful tools for runners makes the device even more useful as part of your general scheme to stay well. And Activity Sharing competitions let you invite others to compete in meeting those activity challenges.

Control Center lets you put all your toggles in the order you most prefer. You can also get to Notifications and/or Control Center while in any app.

Apple Watch users will gain a new Podcasts app. This will sync with shows, as well as stream any new shows Siri can find on your behalf. Enterprise users and developers will need to know that Apple will now allow audio from third-party apps to sync to the watch for offline playback.

THE NOKIA 5.1 MAY BE COMING TO THE US SOON