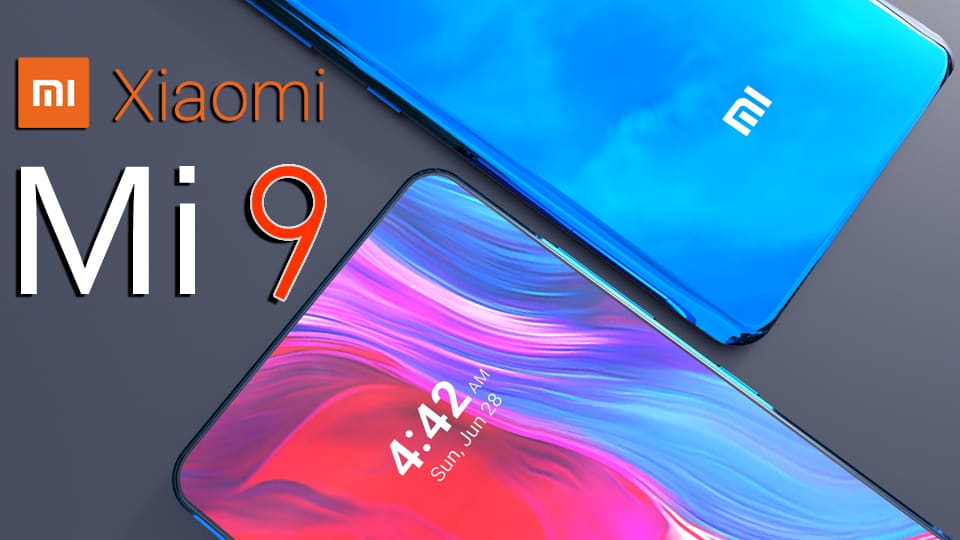 Xiaomi’s flagship Mi series of smartphones is usually relatively unremarkable. Unlike the notch-busting Mi Mix line, the Mi phones don’t tend to have particularly interesting designs, and Xiaomi doesn’t push the prices as far down as it can with the Redmi range. The Mi phones are always just pretty good, pretty affordable phones.

The Mi 9 is a little different. It doesn’t depart from the basic Mi formula of offering high-end specs in a mainstream design at a reasonable price. But more so than any other Mi series phone in the past, the ~$500 Mi 9 narrows the gap with its high-end flagship competitors even further. If you live in a country where the Mi 9 is available, there’s very little reason not to give it serious consideration.8VERGE SCORE

The Mi series has established its own design language at this point, and this continues with the Mi 9. There’s the same stainless steel frame that’s thinner on the sides than the top and bottom edges, leaving a curved glass panel to fill in the space. The left side of the phone has a dedicated Google Assistant button, which I could take or leave. (I would rather have it than a Bixby button.)

Overall, it’s a sleek, attractive device, though my “piano black” review unit is more like “mirrored gunmetal,” and it’s one of the slippier, more fingerprint-prone phones I’ve seen in a while. I’d probably like the iridescent purple and blue options better, not to mention the transparent model.

The screen is a 6.4-inch 1080p OLED panel with a slight chin at the bottom and a minimalist waterdrop-style notch at the top. It looks great and also houses an optical in-display fingerprint scanner, which works well enough — if not quite as quickly as Vivo’s most recent implementations. Xiaomi isn’t doing anything cutting edge with its display, but if you’re cool with the small notch, there’s little reason to complain.

The camera can also be safely classified as solid. This is Xiaomi’s first phone to use a triple-lens setup, with a 16-megapixel ultrawide and a 12-megapixel 2x telephoto camera flanking the standard 48-megapixel sensor. The extra resolution is used for pixel-binning and greater light sensitivity at 12 megapixels, but unlike the Honor View 20, there’s no “ultra clarity” mode to bring out extra detail in the 48-megapixel files. You can shoot at full resolution, but it won’t do much beyond giving you unnecessarily large files.I HAVE ABSOLUTELY NO COMPLAINTS ABOUT PERFORMANCE

Again, Xiaomi isn’t competing with high-end competitors with advanced AI-powered HDR implementations. You’re not going to get anything like the Huawei P30’s mind-blowing low-light performance, but its results are broadly satisfying. Colors are well-balanced in daylight, and the night mode is pretty good for what it is. The ultrawide and telephoto cameras aren’t optically stabilized, so they’re not as well-suited to low-light use, but they’re a welcome addition nonetheless.

The Mi 9 is one of the first phones available with Qualcomm’s latest top-end Snapdragon 855 processor, and I have absolutely no complaints about its performance. MIUI, Xiaomi’s version of Android, is extremely smooth on this phone, with the kind of snappy animations and buttery scrolling that I’d normally only expect from OnePlus in this space. Whether I can thank the software or the hardware or — more likely — both, the Mi 9 has been fast and reliable with everything I’ve thrown at it.

MIUI is certainly a radical reskin of Android, and it probably won’t appeal to Pixel or OnePlus purists. But it’s a mature OS in its own right, and I generally find it to be thoughtfully designed and pleasant to use. The Mi 9’s implementation of a full-screen gesture-based navigation system, for example, is the best I’ve seen on Android, though the iPhone-style swipe from the left side of the screen to go back does take a little practice to invoke when using apps with similar gestures.

Xiaomi has also thrown in a couple of features that tend to be first on Chinese phone makers’ cutting room floor. The Mi 9 now has the fastest wireless charging in the world, for example, despite companies like Huawei and Vivo mostly ignoring the feature. Xiaomi sells a 20W wireless charger that’s a pretty great product in its own right; it has an austere white design and a rubberized finish that ensures that even the Mi 9 won’t slip off. For about $15, including a 27W USB-C wired power adapter, it’s a bargain.

The Mi 9 also has the best haptic feedback of any Chinese phone I’ve used. It doesn’t match up to Apple or LG, and it isn’t used extensively throughout MIUI, but it’s a step above what companies like Oppo and OnePlus are doing. While this probably isn’t the most crucial feature in the world for most people, it goes some way to enhancing the sense that you’re getting far more than you’re paying for with the Mi 9.

So what are you missing out on if you do go for the Mi 9 over a more expensive flagship? Not a whole lot. There’s no IP rating for water or dust resistance. There’s only a single mono speaker on the bottom edge of the phone, and it’s pretty bad. There’s no headphone jack, although that isn’t associated with high-end phones any more unless you’re buying from Samsung or LG. The camera isn’t quite world-class, but it’s a perfectly usable three-lens setup.

At €449 (just over $500) for a model with 6GB of RAM and 128GB of storage, the Mi 9 is a ridiculous bargain as long as you live somewhere it’s sold. (Right now, that basically means China or Europe. There’s no Indian release on the horizon, and it doesn’t have broad compatibility with US LTE bands.) Xiaomi has been talking of its ambitions to launch phones in the US for several years, but it still has almost nothing to show for it.

I would say this is the best value in a flagship smartphone in the world, but it’s increasingly hard to say things like that as the global tech market continues to fragment. Instead, all I can say is that Xiaomi has turned in an incredibly solid product at an extremely reasonable price, and now that the company has at least some Western presence, OnePlus and Honor should be on notice.