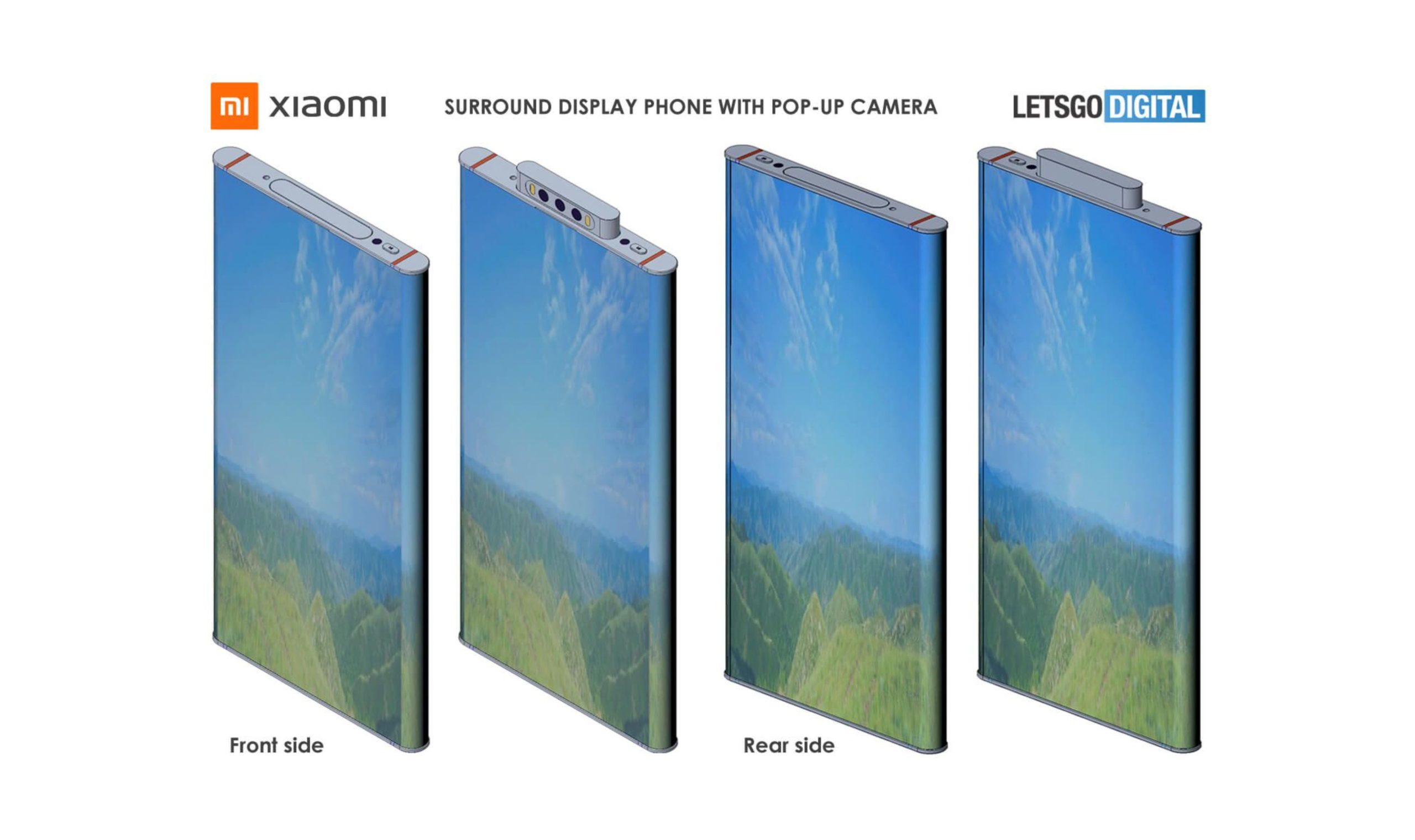 Last year, Xiaomi shocked the world by unveiling Mi MIX Alpha, a concept smartphone with a surround display. This device never made into mas-production and therefore, it did not hit the shelves although the company had plans to sell this phone in a limited quantity in China. Now, more than a year later, a Xiaomi smartphone design patent with similar looks has emerged.

This new Xiaomi patent was unearthed by LetsGoDigital. According to the publication, the company applied it with The Hague Bulletin, part of the WIPO (World Intellectual Property Office). The documentation for the same got published on December 18, 2020.

These documents include 16 sketches detailing the design of a smartphone with a 360° surround display. But unlike the Mi MIX Alpha, this design does not include a vertical frame on the rear. Instead, it features a wide pop-up module at the top housing a triple camera setup accompanied by a dual-LED flash.

The top of the handset also includes the power key and a hole for the secondary microphone. Whereas, the bottom part of the device features a USB Type-C port, a speaker grille, a primary microphone hole, and even a 3.5mm headphone jack.

Having said that, we don’t see Xiaomi releasing a consumer phone with a such design in near future. Because the firm did not even sell the first generation product and this model comes with pop-up cameras, which all the OEMs have been avoiding now.