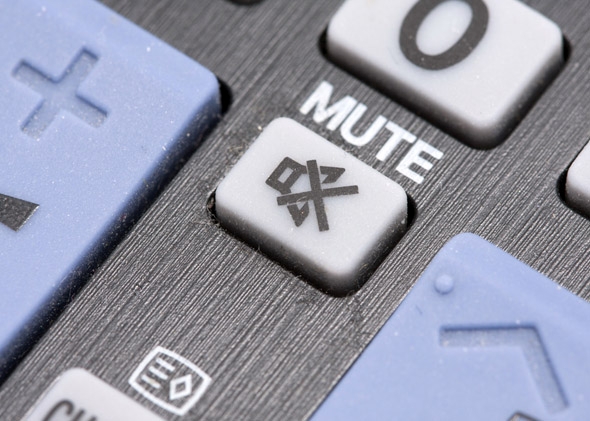 You can mute your TV. You can mute Gmail threads. And as of Monday, you can mute Twitter accounts if you don’t want to see their activity. These three points define a spectrum of muting that moves from logical to bizarre.

Muting your TV, speakers, YouTube videos, etc., makes sense. Sometimes you need to kill the sound, or you’re going to watch some silent TV while you talk (that is, listen) to your grandfather on the phone. With email, you wouldn’t normally want to take yourself out of messages that presumably involve you, but there are cases where muting can be useful. For example, if you’re part of a planning thread for a camping trip that you can’t attend, you don’t really need to have the back and forth about who’s bring marshmallows.

But with Twitter, the case for muting falls apart. The whole point of Twitter is that you follow people whose tweets you want to read. If you don’t want to read their tweets, don’t follow them.

Some muting has been possible for a while—services like TweetDeck let users sort and organize content, which can effectively silence certain accounts.

But now that there is an official Twitter function, it’s that much easier to start muting. And this is a slippery slope toward neutering Twitter’s usefulness. The Twitter home timeline is supposed to be a place for incidental discovery. And though it may feel random to stumble across new ideas or interesting links on Twitter, it’s not really, because your timeline is pre-curated by you.

Admittedly, there are politics to Twitter. If a friend, family member, or colleague follows you, it can be slightly awkward not to follow them back. In that case the mute button is an easy way to save face. Or you might want to use your follow to support a brand or organization without actually seeing their high volume of similar tweets. This all goes double if you use Twitter for work. But these are special cases.

It’s all right that Twitter added the mute function. It exists in so many other services that it just makes competitive sense to have it there as an option. But as a user, you shouldn’t really want to use it. And where unfollowing makes a real, sometimes hurtful, statement, muting just allows people who think they’re clever to go on deluging other people’s timelines with painful anecdotes. By muting an account you’re also muting your disdain for their less-than-pithy quips.

Besides, if you mute every annoying person you follow, what will drive the angry frenzy that fuels your hilarious and wonderful Twitter rants?

DON’T FREAK OUT: FIREFOX IS TESTING ADVERTISEMENTS IN NEW TABS