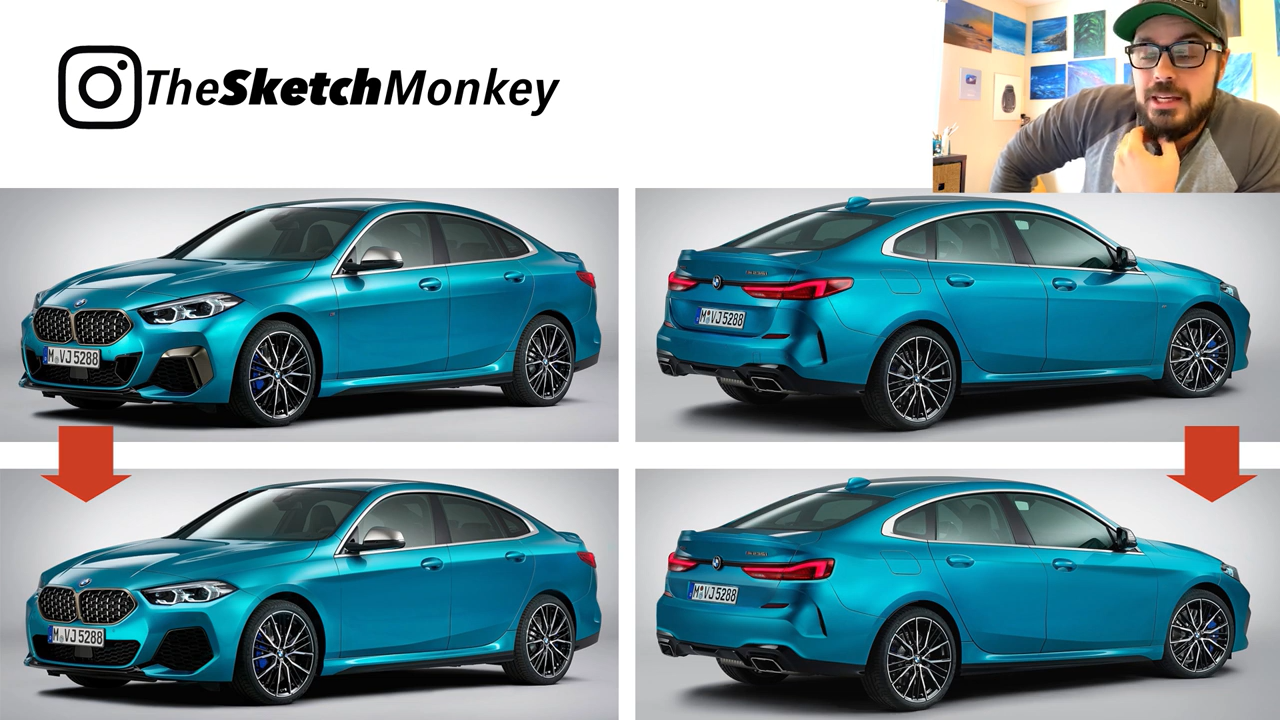 BMW has never had that much luck with compact car designs. But few of these smaller premium models have been as harshly criticized as the 2 Series Gran Coupe.

Do people just hate it because it soils the term “coupe”? Maybe. The model is basically just an expensive small sedan, a glorified Jetta designed to rival the Audi A3 and the Mercedes-Benz CLA.

BMW previously kept things cool by using only RWD platforms. The change to front-wheel-drive is justifiable for the 1 Series because it competes directly with Golfs. But the 2er pretends to be something it’s not just so BMW can boost its bottom line.

We’ve featured a lot of work by YouTube car artist The Sketch Monkey. However, we still remember the first one, which was a render of the all-new 1 Series hatchback. That’s why we made this article into a kind of tribute to its ancestor with the 1er and Gran Coupe being so closely related.

The first thing that bugs Mr. Sketch Monkey are the headlights, which angle upwards. Maybe we’ve been looking at too many E36s, but he may be right. By simply pushing them back into a horizontal position, the face of the baby four-door coupe is a little better.

Simplifaction is the name of the game after that. The number and complexity of the air intakes at the front is reduced, while the hood and sides get de-cluttered of unnecessary character lines.

At the back, the main problems are the taillights and the “van-like” bumper. Overall, the modified 2 Series does look more like a coupe but is still no beauty. A recent report that came out yesterday says BMW is working on a 400 horsepower 2.0-liter turbo for an M version. Will that make the car better? Tell us what you think.

Programming Without Code: The Rise of No-Code Software Development