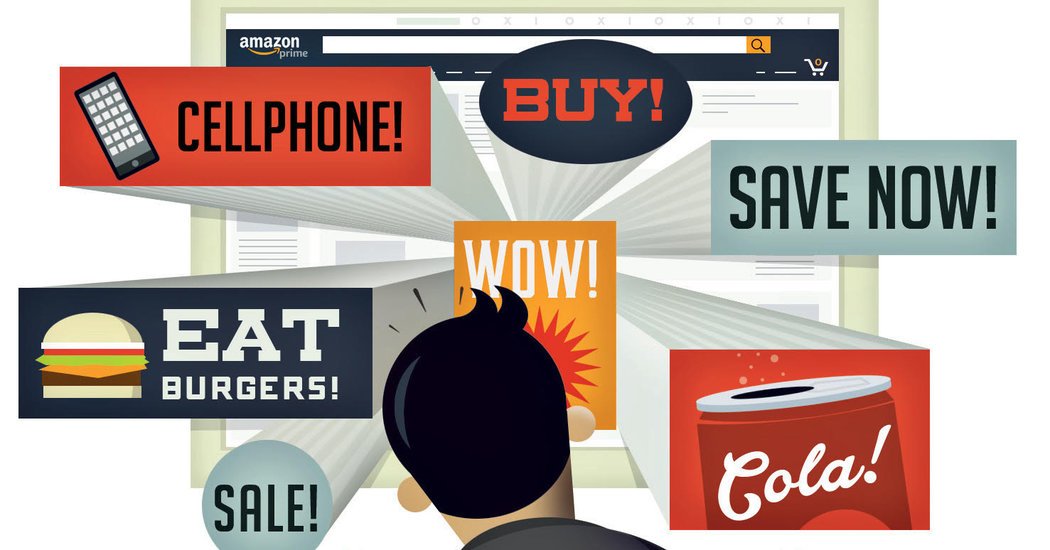 Verizon doesn’t sell its mobile phones or wireless plans over Amazon. Nor does it offer Fios, its high-speed internet service. But Verizon does advertise on Amazon.

On Black Friday last year, when millions of online shoppers took to Amazon in search of deals, a Verizon ad for a Google Pixel 2 phone — buy one and get a second one half off — could be seen blazing across Amazon’s home page. And on July 16, what Amazon calls Prime Day, an event with special deals for its Prime customers, Verizon again ran a variety of ads and special offers for Amazon shoppers, like a mix-and-match unlimited service plan.

Amazon, which has already reshaped and dominated the online retail landscape, is quickly gathering momentum in a new, highly profitable arena: online advertising, where it is rapidly emerging as a major competitor to Google and Facebook.

The push by the giant online retailer means consumers — even Prime customers, who pay $119 a year for access to free shipping as well as streaming music, video and discounts — are likely to be confronted by ads in places where they didn’t exist before.

In late August, some gamers were angered when Twitch, a video game streaming service acquired by Amazon in 2014, said it would soon no longer be ad-free for Prime members unless consumers paid an additional $8.99 a month for a premium service called Twitch Turbo.

Amazon derives the bulk of its annual revenue, forecast to be $235 billion this year, from its e-commerce business, selling everything from books to lawn furniture. Amazon is also a leader in the cloud computing business, with Amazon Web Services, which accounts for around 11 percent of its revenue but more than half of its operating income. But in the company’s most recent financial results, it was a category labeled “other” that caught the attention of many analysts. It mostly consists of revenue from selling banner, display and keyword search-driven ads known as “sponsored products.” That category surged by about 130 percent to $2.2 billion in the first quarter, compared with the same period in 2017.

Those numbers are a pittance for Google and Facebook, which make up more than half of the $88 billion digital ad market. But they come with big and troubling implications for those two giants.

Much of online advertising relies on imprecise algorithms that govern where marketing messages appear, and what impact they have on actual sales. Here, Amazon has a big advantage over its competitors. Thanks to its wealth of data and analytics on consumer shopping habits, it can put ads in front of people when they are more likely to be hunting for specific products and to welcome them as suggestions rather than see them as intrusions.

Amazon is gaining in advertising when the public perception of Google and Facebook has soured. In addition, some advertisers have yet to return to YouTube, a growing ad channel for Google, after brands like AT&T were found appearing adjacent to videos that promoted racism or terrorism.