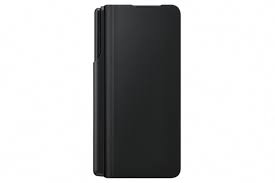 More Samsung Galaxy Z Fold 3 details continue to come to the surface. Just on Friday, alleged official specs for the phone and marketing images leaked, and over the weekend, some of our favorite insiders revealed even more specs, photos, and pre-order details.

First, a quick recap. Samsung will announce the Galaxy Z Fold 3 on August 11 at the Unpacked event and the company has already revealed that the device will support the S Pen. We know from past reports that the handset will feature a 7.6-inches main screen with an under panel camera and a 6.2 -inches cover panel. Both displays are expected to support a refresh rate of 120Hz.

Other previously rumored specs include the Qualcomm Snapdragon 888 chipset, 12GB of RAM, 256GB or 512GB of storage, triple camera system on the back (12MP main + 12MP ultra-wide + 12MP telephoto), 4MP under screen snapper, 10MP outer display camera, IPx8 certification, and 4,400mAh battery. In short, it will offer everything you would want in a top-notch smartphone of 2021.

According to new tweets from Roland Quandt and Snoopy, the Galaxy Z Fold 3 will support 25W fast charging, 4K video recording, and 8K playback. The phone will apparently be released on August 26 in Europe and early orders will get a cover with S Pen and 25W charger.

Covers without an S Pen slot will also be available.

Leaker Evan has also posted some images which give us a better look at the under panel camera. As was expected, the camera is not entirely visible.
Post Views: 293