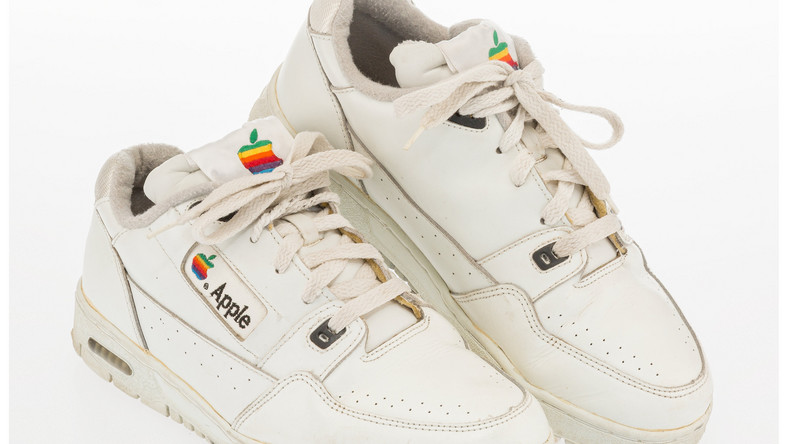 Every now and then, a pair of rare Apple Computer sneakers makes its way onto the auction block, and when it does appear, tech and footwear fans alike are willing to dish out large sums of cash to acquire the vintage shoes—including some that just sold for almost $10,000 yesterday.

The vintage Apple sneakers were listed on Heritage Auctions for a used pair in a size 9 1/2 that sold for $9,687.50. According to the listing, the shoe was made by Apple in the early 1990s and was only given out to their employees, making this one of the more obscure sneakers in existence.

It’s worth noting that a brand new version of the same Apple sneakers was also listed on Heritage Auctions back in June 2017 with the starting bid priced at $15,000, but it ultimately was not sold. Meanwhile, a different model of Apple sneakers was sold in used condition later that year for over $10,000.