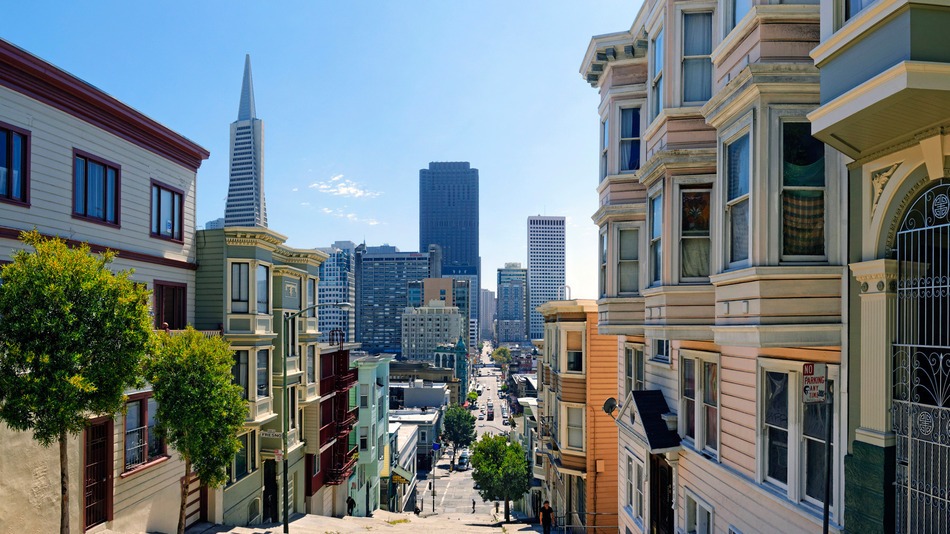 There’s no place like home — except when you can’t afford one.

Millennials have been priced out of some of the biggest U.S. cities, with residential real estate prices rising even as wage growth remains elusive.

Bloomberg used data from the U.S. Census Bureau, Zillow Group Inc. and Bankrate.com to quantify how much more money millennials would need to earn each year to afford a home in the largest U.S. cities. The good news is that

out of 50 metropolitan areas, 37 are actually affordable

out of 50 metropolitan areas, 37 are actually affordable for the typical 18-34 year-old (scroll down to the end of the story to see the full results).

The bad news is that the areas that often most appeal to young adults are also the ones where homeownership is the most out of reach.

The biggest disparities are on the West Coast. Take the three Californian hubs of San Francisco, San Jose (the heart of Silicon Valley), and Los Angeles (where a developer is trying to sell one of the biggest homes in U.S. history for a record $500 million). The typical young adult in those cities doesn’t even make half of what’s needed to afford a home.

That makes places such as New York, where millennials have an earnings gap of just $6,550, seem relatively affordable. But remember that New York’s metropolitan statistical region includes places that are outside of the high-priced housing market in and around Manhattan, where $374,350 (the median home value for the metro area) wouldn’t even buy you a kitchen.

Almost 80% of New York’s millennials reside in three counties: New York County, Queens County and Kings County, where Manhattan, Queens and Brooklyn respectively are located. Using the average median home value for those three boroughs ($749,596) and the 2015 estimated earnings for millennials living there ($49,193), the affordability gap comes out to a whopping $52,262.

Furthermore, Bloomberg‘s calculations assume that millennials have already saved up the 20% they’d need for a down payment, which is a problem in itself. Families where the head of household was under 35 years old had a median net worth of $10,400 in 2013, according to the Federal Reserve’s Survey of Consumer Finances.

Many millennials “don’t have the money for a down payment or can’t afford to buy where they want to buy,” said Mark Vitner, senior economist at Wells Fargo Securities LLC in Charlotte, North Carolina. “It’s tougher to buy a home in the city.”

millennials living in unaffordable markets will be forced to shell out money for ever-increasing rents, instead of building equity.

Graduate school brought Dan Smart, 28, to New York almost three years ago. As he was finishing his degree, he wanted to buy property to “put down some roots and be established for a while,” Smart said in an interview. High home prices in Manhattan, however, are making that dream a little more difficult, he said.

“I’m making a good salary and I’m doing all these things that I’m supposed to be doing,” such as saving for a down payment, he said. “But you’re just not able to save enough to get to that number. Housing is so inflated.”

Real estate markets that millennials may find most affordable include Detroit, Buffalo, Pittsburgh and Indianapolis.

Methodology: Fifty largest U.S. cities are ranked based on the monetary gap between the median earnings of millennials and the minimum earnings required to purchase a single family home for the given region. Home values, sourced from Zillow, are based on January to April 2015 monthly median values for detached single family homes within a given region. Millennials’ earnings estimations are based on 2013 median earnings for workers ages 18 to 34 years old from the Census Bureau, assuming an escalation of 2% per year. The mortgage payment calculation assumed a standard 20% down payment and state-based monthly average of 30-year fixed rates in 2015, or jumbo rates if the home value was higher than $417,000. Minimum salary required was the inferred amount, assuming one-third of the pre-tax income goes to mortgage payment.