Apple vs YouTube vs Deezer vs BoomPlay; What you Should Know Before Choosing your Music Streaming Service
Advertisement 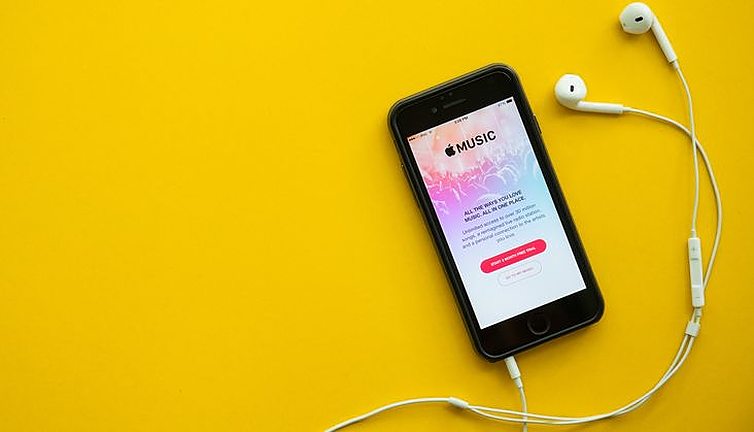 A few years ago, everyone had to buy audio CDs to access music content. As the application of technology and the internet got more sophisticated, Nigerians began to shift towards sideloading free pirated MP3s from sites. But this was painstaking. Not only did you have to search the different songs and download, but you also had to bear the taglines placed on the music by these sites.

Although that era is not fully behind us in Nigeria, the space is gradually shifting towards music streaming. These days, streaming services offer music fans limitless access to music globally and across history just at a tap. For this service, users are charged a small monthly fee for the entire package or they could opt for the freemium service – which comes with intermittent adverts after few songs.

There are various streaming services out there, and trying to figure out which to subscribe to can be a difficult task since the market is boxed up. For the purpose of our review, we looked at music streaming services available in Nigeria, widely used and have a large catalogue of music on the platform.

Based on the first criteria Spotify didn’t make the list since it’s not available in Nigeria – although many use VPN tools to still access the platform.

Nobody likes stress. So if the process of getting on a platform is too tedious, it can put off many users. In the case of these platforms, getting on board is pretty easy for most.

If you are an Android user, getting onboard YouTube Music is the easiest. Since you already you signed in your Google details during the set up of your phone, once you download the app you are signed in immediately.

For Boomplay you have the option of signing up with your phone number, social media accounts (Facebook or Twitter) or a Google account. However, Boomplay could take as much as 20 to 30 minutes to send an OTP code. In my case, the OTP for the phone number came 30 mins later after I had resorted to using a Google Account.

For Apple Music, if you are an iPhone user, it’s seamless. You only need your Apple ID. However, on an Android device, you need to set up your Apple ID, which could take 5-10mins.

One of the reasons why many Nigerians shy away from using these streaming platforms is the subscription involved. But they are really not as high as perceived. For YouTube Music, the monthly subscription costs N900 while a family plan of N1400. First-time users get one month free as a perk.

For Deezer, subscribers can get the premium plan for N1,800 and family plan for N2,700. Boomplay on the other hand, is pretty unique. Users can subscribe with N499 or 499 Boomcoins which is purchased in-app. Users can also do daily and weekly subscriptions or buy coins to download music.

You also get reward points you can exchange for mobile data plans and or in app subscription bundles when you complete basic tasks like stream songs.

For Apple Music, it costs just N900 monthly, and for first-timers, you get 3 months free – kind of makes up for the stress of registration for me.

All platforms except Apple Music have free models. But these free modes come with cons. For one, features such as offline listening, downloading tracks etc are absent. Also, track skipping and music recommendations are limited. Users could also have adverts plastered in their faces after few songs.

All platforms as we have established basically allow you to stream music. To ensure that you are provided with well-tailored songs, Apple Music, Deezer, and YouTube allow you to select your favourite Artistes and Genres – it is not so on Boomplay.

While selecting your fav artistes on YouTube Music, you can notice a duplication in artiste names – fret not, its just a glitch.

On all the platforms, users can customize their theme – Light or Dark Mode. Boomplay even allows you to use a wide range of colours.

These platforms allow you to create your own playlist or use the recommended playlist based on your favourite artiste, genres and location. On the premium plan, users can download their favourite song/album for offline listening up to a 100GB storage space – just like downloading on your phone from the mp3 sites.

Users can also follow songs with lyrics which are provided as well as create their own profiles and upload their own songs. On Apple Music, users can listen to live radio sessions and search for songs even with lyrics, same as YouTube Music. Subscribers on Boomplay, Apple Music and YouTube Music can also watch videos of some songs.

On YouTube Music, users get served with long-lost musical gems and oldies through its catalogue.

Personally, I feel all the platforms are very easy to use without breaking a sweat, save Boomplay. This is probably because it does more than just let users stream music. It also has the Buzz news section and video streaming feature. The app looks cluttered and users may feel choked up at first but of course, will get used to it after a while.

This is no excuse though. YouTube Music and Apple Music which also allows you to watch videos of music and live performances still has a clean UI.

We all have that wide and vast taste for music and as such we want a platform where we can get all our music needs, all in one place. Interestingly, all four platforms have a vast library of licenced tracks.

Deezer has over 56 million licensed tracks. Apple music has over 50 million songs. Boomplay has a catalogue of over 5 million songs mainly from African artistes. There are also songs from international artists.

I was amazed to see playlists from the various Nigerian producer battles that have been going on on Instagram in the last 1 week on the platform.

YouTube music, on the other hand, doesn’t give hard figures to represent the amount of songs in its catalogue. But with the number of songs available on its video streaming platform, one can guess it will be in the ranks of Deezer and Apple Music.

All platforms also have their fair share of global subscribers. There are 60 million subscribers on Apple Music, owing to the fact that it comes pre-installed in its devices. Deezer has 14 million total subscribers and 9 million are paid, subscribers.

Boomplay also has 44 million users majorly in Africa. Its popularity in Africa is largely due to the fact that it comes preloaded in Transsion smartphones – Infinix, Tecno, Itel, etc, which are the most used smartphone brands on the continent. So, if you are one to follow the majority, you know which to go for.

There are a number of good reasons to choose streaming platforms for your music dealings instead of downloading from pirated sites. Access to an almost endless music stream, both new and old is seamless and safe for your device. You also get access to music videos and live performances, beyond just the audio and the lyrics.

So whichever platform you eventually decide to use based on the pricing, perks or offerings, you are in a for a treat in the world of music.

How supercomputers are being used to tackle Covid-19