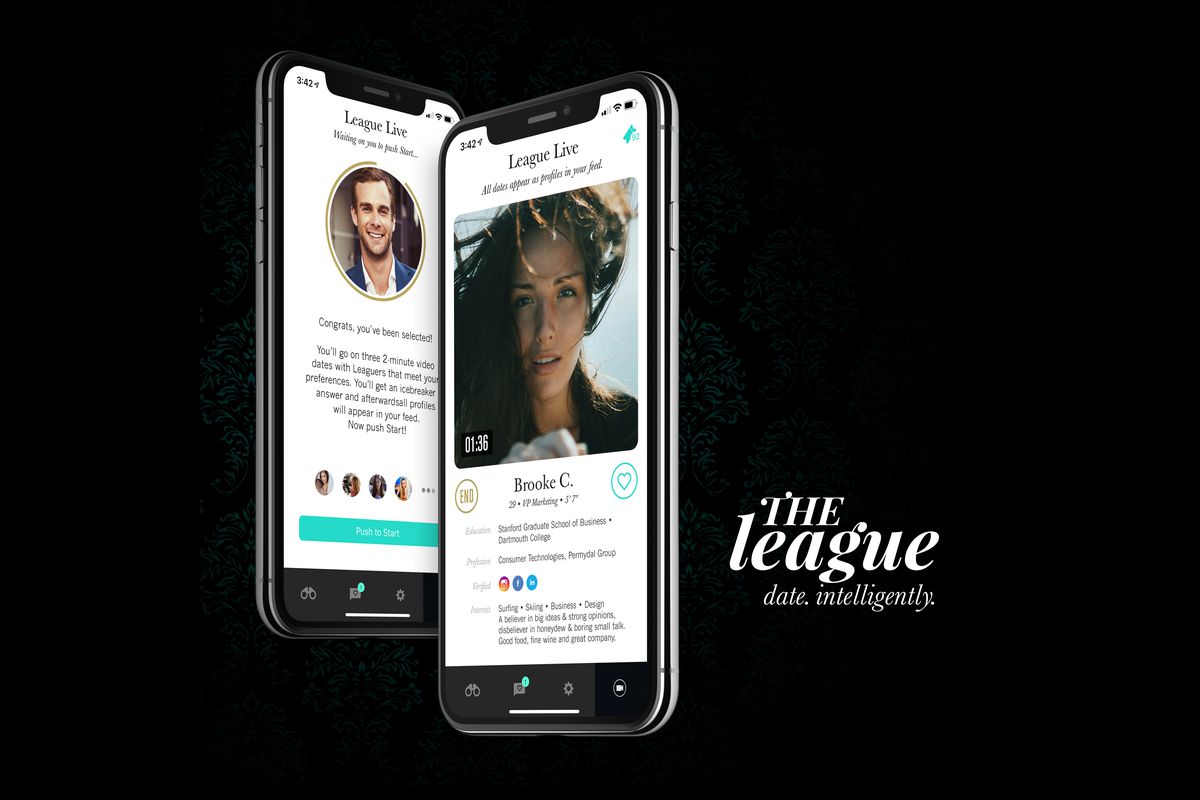 The League, a dating app that requires LinkedIn verification to join, is launching its version of speed dating next month: two-minute video dates that take place within the app. It’s called League Live, and the company will allow people to opt in to the video dates, which take place at 9PM local time on Sundays starting on December 1st.

At that time, the app will automatically pair people up based on their preferences and location. Everyone will get three “dates” during which they’ll be shown an ice-breaker question to start the conversation. A person can “heart” the other person at any time during the call, and if they mutually like each other, they’ll match officially, meaning they’ll have an open chat line available to find another time to meet. The idea is that people have just enough of a chat to establish whether they want to dedicate the time to a full, in-person date.

CEO Amanda Bradford says that, in initial beta testing, users between the ages of 35 and 40 liked the feature most, likely because their time is at more of a premium. Bradford also says the feature works particularly well outside the most populated US cities because people might have to travel, and put in more effort, to date. Through League Live, someone in San Antonio, Texas, might chat with someone in Austin, which isn’t wildly far away (about an hour-and-a-half drive), but it is asking a lot for a first date.

Although the feature is available to both paying and free users, Bradford says only users who have a high “League Score” will have access. (The League Score is measured by factors like how often they log on, whether they’ve been reported by other users, and how complete their profile is.) The team is experimenting with monetizing the feature, though, and users will be able to pay to extend the date, for example, so long as the other person accepts.THE DATES LAST TWO MINUTES

Bradford says The League only has around 250,000 daily active users, and that small size is what allows the company to launch a feature like this. Unlike bigger apps, she says, League users are curated and fully vetted, so if they act inappropriately, they’re immediately banned. They’re also incentivized to behave because their names are attached to their profiles. She claims the worst behavior the team witnessed during Live tests were people using poor lighting when chatting or setting their cameras up with a bad angle. The company relies on a third-party video API to monitor the videos for nudity, but she says it hasn’t been necessary yet.

This is one of the first US-centric apps, after Bumble, to make video dating an integral feature. Bumble’s feature allows for calls with no time limit, whereas The League’s is designed to filter through multiple people quickly. Personally, I welcome the speed dating-esque approach. First dates can be exhausting and a waste of time if you don’t immediately vibe with the person. A video call clears the way for a real date without having to worry about someone not looking like they do in their photos. Two minutes may seem like a short amount of time, but it also might be just enough to decide if there’s chemistry — all without having to leave the house.