For World Emoji Day, the Unicode Consortium redesigns its site to be more user-friendly
Advertisement 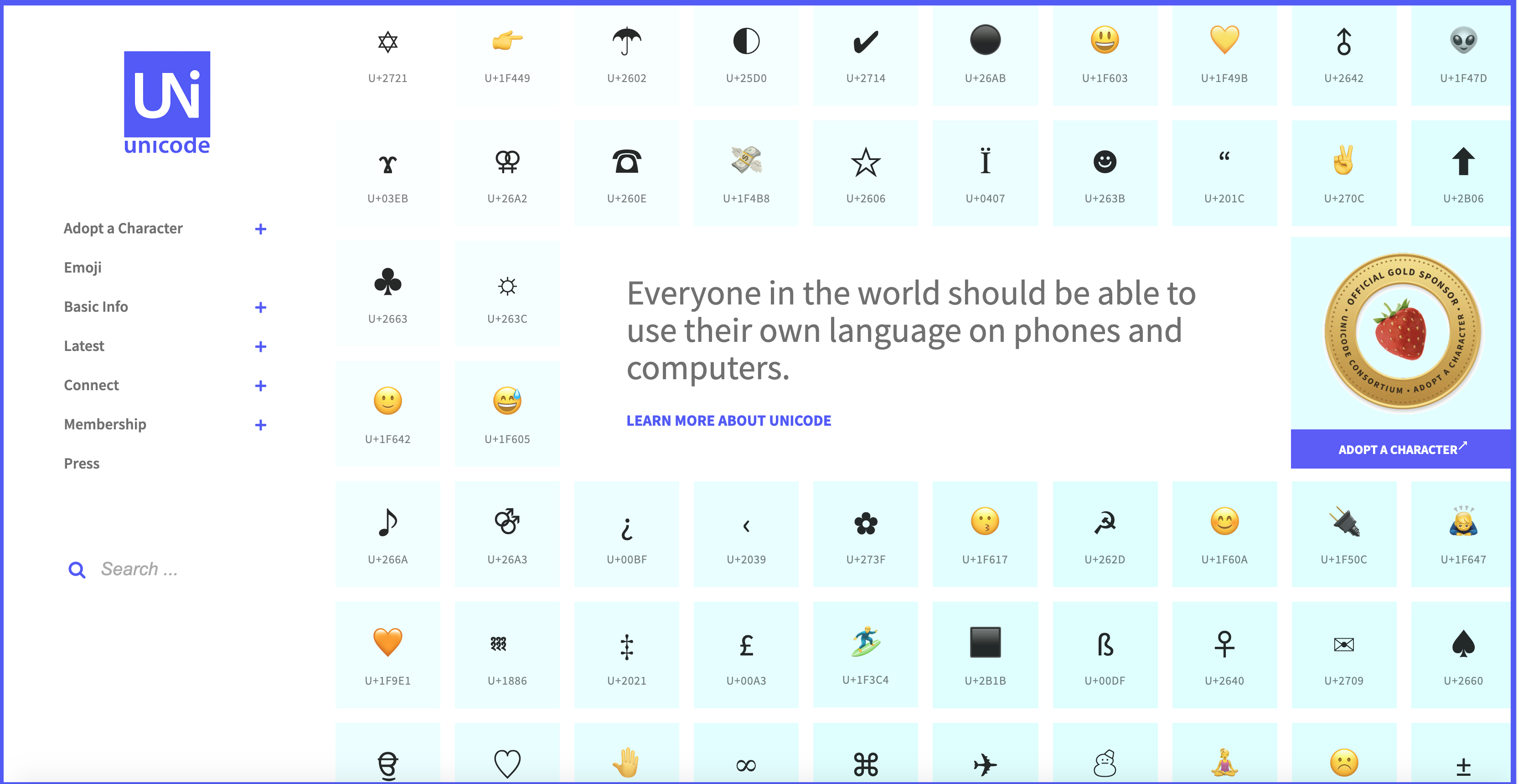 Ahead of World Emoji Day on Wednesday, July 17, Apple and Google announced plans to bring an expanded set of emoji to their respective platforms. Today, the Unicode Consortium, the nonprofit organization responsible for determining which emoji get the green light, is relaunching its website with an updated, modern design that aims to make its information more accessible to the general public.

Before, its website design was very basic — just text and links to various pages about the Consortium itself, the standard, miscellaneous FAQs, projects in progress and other information. It looked like a technical resource, and certainly one that hadn’t been updated in years.

With an outdated layout, ancient social share buttons and boring font choices, it really looked more like an ancient government website than a resource designed for public consumption.

Above: the old site

That changes with the redesign. Not only is the site more mainstream-friendly, it more actively encourages participation and involvement from the public.

“Unicode  is a global technology standard that is one of the core building blocks of the internet,” said Unicode board member Greg Welch in an announcementabout the changes to the site. “Unicode has helped facilitate the work of programmers and linguists from around the world since the 1990s. But with the rise of mobile devices and public enthusiasm for emoji, we knew it was time to redesign the Unicode website to make information more easily accessible, and increase community involvement,” he says.

Above: the Emoji section on the new site

Although the Consortium itself is focused more broadly on developing text standards, their work with emoji now gets the most attention. Today, emoji are used by 92% of the world’s online population, which has put the organization into the spotlight, it says.

The updated site was built with help from a team of designers from Adobe, and features a homepage covered in emoji. The main navigation directs visitors to information about emoji, including how to submit a proposal for a new emoji (which is still not a user-friendly a process), as well as information about “adopting” an emoji — that is, a way to offer a tax-deductible donation to the Unicode Consortium while gaining access to a custom badge you can show off on your own website or social media accounts.

There are currently 136,000 emoji available for “adoption,” the organization notes, including the newly announced additions like the sloth, sea otter, waffle and Saturn.

The new site is definitely more attractive and easier to use following the redesign. But for those who miss the classic look, it’s still live at http://unicode.org/main.html. (Often, you’ll hit the old site when you click through links from the new one. The redesign only goes so deep, it seems.)

While the redesign is welcome, people in search of information about their favorite emoji — like, how it looks on different platforms, when it was officially added or what the emoji means, for example — may find the website Emojipediaa better bet.