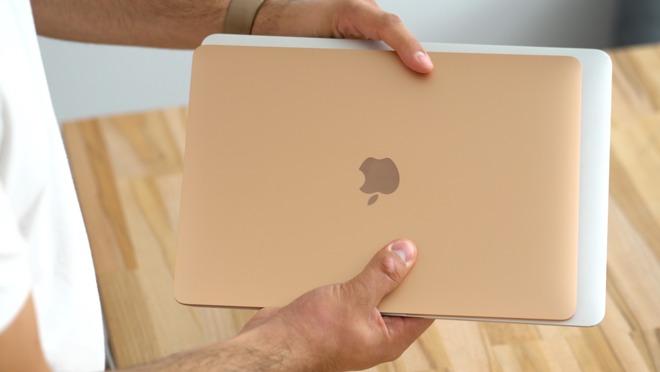 These two entry-level Apple laptops get spec upgrades and, in one case, an important price cut.

Apple kicked off the back-to-school season with some pretty significant changes to the MacBook lineup on Tuesday. There were price cuts, trickle-down features and a few quiet cancellations, including the old, pre-redesign MacBook Air and the cult favorite 12-inch MacBook.

Getting an update are the MacBook Air and the lowest-end version of the 13-inch MacBook Pro. For the Air, that’s a significant point, as the system received its largest overhaul in a decade just last year.

Both new MacBooks have arrived in the CNET Labs for review. Our testing is ongoing, but here’s an early look at some of the initial results and our first hands-on impressions.

The new MacBook Air doesn’t look any different, but it adds Apple’s True Tone display, which can adjust the screen’s color temperature based on the ambient lighting. It’s already found on iPad Pro, recent iPhones and some MacBook Pros.

More consequential are the changes to the 13-inch MacBook Pro. That $1,299 model was a favorite for some, as it excluded the Touch Bar found in more-expensive MacBook Pros. Now you can no longer avoid the Touch Bar, but it’s included for the same $1,299 price, along with the TouchID fingerprint reader and T2 security chip.

It also jumps from an older dual-core Intel CPU to a newer quad-core version, so the least expensive Pro feels more like, well, a Pro. Case in point, we ran the new quad-core 13-inch MacBook Pro against an older dual-core version. Yes, the eighth-gen chips have an advantage over the seventh-gen ones, but the difference between the two base models is huge.

We’re currently testing both the new MacBook Pro and MacBook Air, and will report full benchmark results, including battery life, in upcoming reviews. While the Pro is getting a big speed boost, I wouldn’t expect any real change in the MacBook Air performance — the biggest move there is the price.

We tested 5G speeds in 13 cities. Here’s what we found: Faster speed versus more coverage. That’s the most important issue for 5G networks today.

We drowned AirPods, Powerbeats Pro and Galaxy Buds: We sprayed them, dunked them and even put them through the wash to find out which one of these three wireless earphones can handle the most water.

Apple disables its walkie-talkie Watch app due to vulnerability