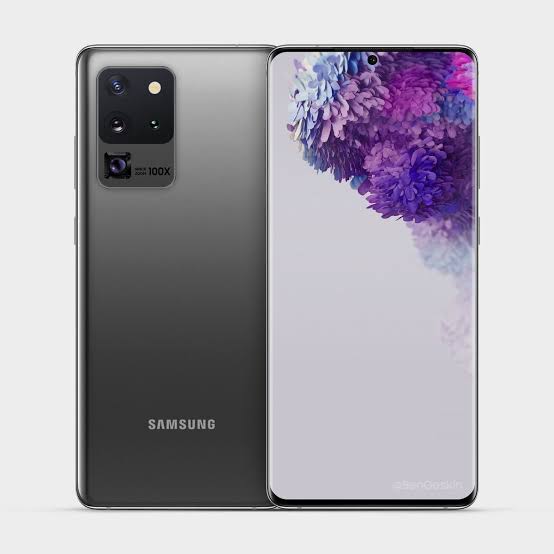 The Samsung Galaxy S20 series is just weeks away from its official unveiling and, thanks to TuttoAndroid, we now know how much the next-generation flagships are going to cost across Europe at launch.

The Galaxy S20 will be more expensive than the Galaxy S10

Starting at the very bottom of the South Korean giant’s flagship spectrum with the standard Galaxy S20, it looks as though Samsung is planning to price this phone at €929 in Italy at launch. Prices in that market are typically around €10 higher than the rest of Europe, which means most consumers will be able to get their hands on the device for €919.
This model will, of course, be accompanied by a 5G variant marketed as the Galaxy 20 5G. As suspected, Samsung is going to charge consumers €100 extra for the next-generation network compatibility, resulting in a retail price of €1,029/€1,119 on the continent.
To compare, last year’s Galaxy S10 retailed at €899/€909 in Europe, so it appears the company is planning to hike prices yet again.

For those of you that aren’t yet aware, these smartphones will bring a compact 6.2-inch Infinity-O display to the table in addition to the Exynos 990 chipset and a triple-camera setup that includes a 12-megapixel primary camera, a 64-megapixel 3x telephoto shooter, and a 12-megapixel ultra-wide-angle sensor.
The flagships will also ship with 128GB of storage and 8GB of RAM as standard, although a 12/512GB configuration is reportedly planned. Other characteristics include a 4,000mAh battery, Android 10 straight out of the box, and support for microSD cards of up to 1TB.

Further up the lineup sit the Galaxy S20+ and Galaxy S20+ 5G. The former is reportedly going to start at €1,029 in Italy while the latter should be priced at a hefty €1,129. For reference, the Galaxy S10+ debuted at €999/€1,009 in Europe last year.
These two devices are virtually to the standard Galaxy S20 models, albeit with some important exceptions. For example, the display is larger at 6.7-inches and the rear camera setup gains a Time-of-Flight sensor.

Software and storage will remain unchanged, but a higher 4,500mAh battery capacity is currently expected in a bid to maintain battery life levels despite the bigger display.

Completing the extensive flagship series will be the Galaxy S20 Ultra 5G, which won’t be available in a cheaper 4G LTE variant. This model is expected to replace last year’s Galaxy S10 5G and looks set to carve out an entirely new ultra-premium smartphone segment.

Samsung Galaxy S20 Ultra concept render by Ben GeskinThat’s because Samsung reportedly has plans to price the phone at a whopping €1,379 in Europe, significantly higher than the €1,249 price tag attached to the Galaxy S10 5G. Fortunately, Samsung is at least going to try and justify the added cost with a long list of upgrades.
These include an even bigger 6.9-inch variant of the 120Hz display and a totally new quadruple-camera setup on the back. Taking the lead will be a 108-megapixel primary camera that supports 30x hybrid zoom and 100x digital zoom with the help of a 48-megapixel 10x periscope alternative. A 12-megapixel ultra-wide-angle shooter and a Time-of-Flight sensor are reportedly part of the setup too.

The Samsung Galaxy S20 Ultra will reportedly be available in just two colors at launch – black and gray – while the Galaxy S20+ is going to add a third color to the list – blue. Where the company is going to offer the most variety, however, is the Galaxy S20 – a mysterious pink version is said to be on the way.
Samsung is going to announce the Galaxy S20 series on February 11 and it’s believed pre-orders will commence later that day ahead of shipments on March 13. However, customers that choose to pre-order the devices should receive the phones three days earlier on March 10.
As an additional bonus for pre-orders, Samsung reportedly has plans to bundle a pair of wireless earphones with the smartphones. The exact pair hasn’t been confirmed yet but it’s believed buyers of the more expensive models will receive a free pair of the upcoming Galaxy Buds+

Joining the Galaxy S20 series on February 11 is rumored to be the Galaxy Z Flip. This phone should act as a direct competitor to the Motorola Razr, although information published by tipser Max Weinbach suggests Samsung is going to undercut its €1,599 rival by pricing its device in the region of €1,400.

Rumor has it the smartphone will feature a foldable 6.7-inch Infinity-O display that’s covered in a thin layer of glass to improve durability. The Snapdragon 855 chipset used inside the Galaxy Fold is also expected to make an appearance.
Last on the list of features is apparently a 12-megapixel rear camera and a 10-megapixel selfie camera alongside a tiny 3,300mAh battery.

Feast your eyes on these stunning new iPhone 12 renders