What if the Earth stopped orbiting the Sun?
Advertisement 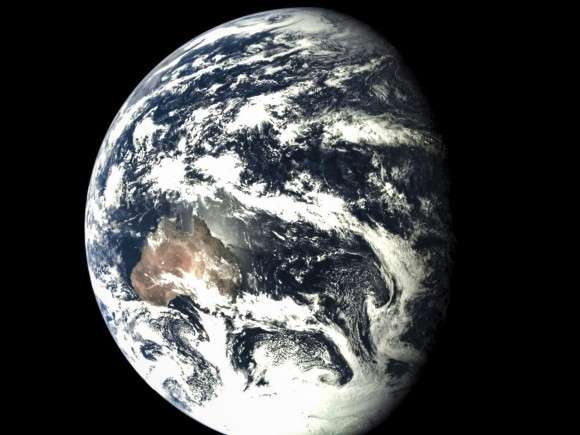 It’s a natural cycle: the Earth orbits the sun. But what if something catastrophic happened and we were knocked out of orbit?

Following is a transcript of the video.

Earth zooms around the sun at 110,000 kph, but what if it just…stopped? Well, for one thing, you’d have only a month to live. First off, if Earth stopped short, you’d actually die immediately because you’d fly off the planet and hurtle into space, just like you lurch forward in a car when a driver slams on the brakes. But if Earth slows down more gradually, you’d instead suffer a slower (but still horrific) death. That’s because the planet is about to get very, very hot. You see, the sun’s tremendous gravity pulls the Earth right toward it. Meanwhile, the planet is trying to whiz away in this direction. This tug of war keeps us in orbit. But if the Earth slows down and stops, the sun wins and yanks us toward our doom. In fact, a model from the University of Colorado shows us how long that terrible trip would take. Just two months. In the first week, you wouldn’t notice much of a change. The average global temperature would climb less than 1 degree Celsius and hover around 16 degrees for another week. But the closer we get, the stronger the sun’s pull and the faster we go. This causes the temperature to rise exponentially. By day 21, global temperatures will have jumped to 35 degrees. That’s hotter than an average day in the Sahara. And with desert heat comes desert droughts, sparking wildfires and killing crops. UV radiation from the sun is so strong, we’d get severe sunburn after just 15 minutes outdoors. At this point, our bodies also will have hit the upper limit of their heat tolerance. Any hotter, and heat stroke can set in, leading to exhaustion, delirium, or even a coma. And guess what? It gets hotter. By day 35, world temperatures will reach 48 degrees. That’s as hot as an average summer day in Death Valley, one of the hottest places on Earth. Most mammals, birds, and insects die as the proteins that make up their cells start to cook. Yes, even roaches can’t withstand this apocalypse. If we want to live, we need some indoor air-conditioning, stat. Except, the amount of energy you need to run millions of AC units at once would wipe out power grids around the world. So, with no way to keep cool, humanity dies. By day 41, the Earth has passed by Venus. We’re now the second planet from the sun, and temperatures have climbed to 66 degrees. But believe it or not, some creatures still cling to life. Like Thermus aquaticus, a bacteria that lives in Yellowstone’s hot geysers. But less than a week later, temperatures are hot enough to boil water and kill even that bacteria. By day 54, temperatures surpass 160 degrees, and the last remnant of life on Earth flickers out. Soon after, the barren planet crosses Mercury’s orbit. For its last week of existence, Earth is the first planet from the sun. Until day 65. The final day. By now, the sun’s extreme gravity stretches the planet into an oval shape, and magma begins to leak through the crust. At about noon, Earth tears apart, bleeding liquid rock as temperatures hit 3,800 degrees. Our planet is no more.