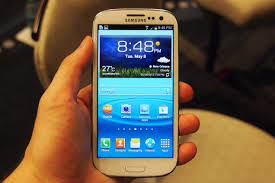 It’s here and it’s clear – just as promised earlier in 2014 by Samsung USA, Android 4.4 KitKat is now rolling out for the Samsung Galaxy S3, with the Sprint Galaxy S3 first as Sprint devices often are and now receiving the new software.

The bad news for those who prefer over-the-air updates is that Android 4.4 KitKat is only available via Samsung Kies as of the moment.   An OTA update should be arriving soon, but in any case, Sprint’s rollout is arriving in phases.  This could mean about a week or two for the update to complete, which isn’t always an ideal situation, but the update has begun rolling out and all you need to do is be patient if you haven’t gotten it yet.  Those who really cannot wait are free to manually install the update and flash their Galaxy S3, as the XDA-Developers forum has the software available for download on the site.  Android 4.4 KitKat for the Galaxy S3 brings Android 4.4 features to the phone, but not Galaxy S5 features, and a complete change log should go up soon, detailing all the changes that will take place when Android 4.4 is installed.

We haven’t heard anything from the other major American carriers with regards to Android 4.4 KitKat for the Samsung Galaxy S3, but the fact that Sprint is rolling the software out right now should be a sign others are soon to follow suit.  Typically, U.S. Cellular and AT&T are next to roll out software upgrades, though AT&T tends to come in third, followed by T-Mobile.  Verizon, unfortunately, has yet to shake its reputation as the last major carrier to roll out new software for flagship devices, so Big Red subscribers, unfortunately, should expect to be behind the pack once again.  A recent software update has rolled out for the Verizon Samsung Galaxy S3, but unfortunately it’s not an actual upgrade, but what looks to be a smaller stability update.