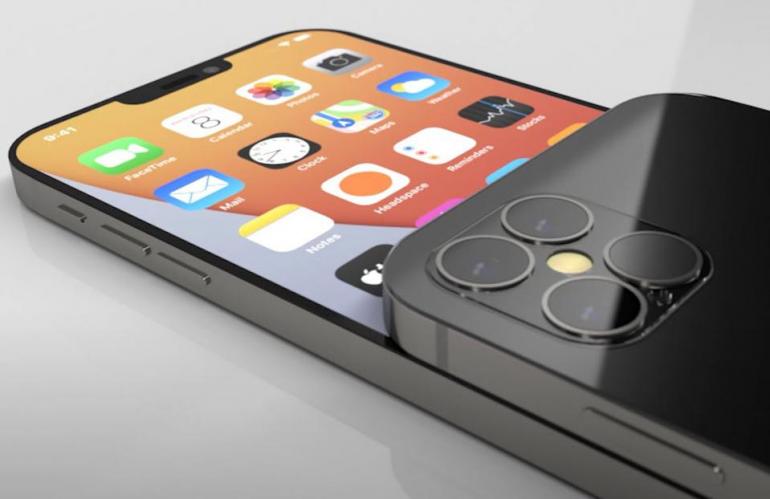 Taking a look back at another week of news and headlines from Cupertino, this week’s Apple Loop includes surprising iPhone 12 benchmarks, big problems with iOS 14, two new iPads, Apple ignores MacOS, the “good/better/best” of the Apple Watch, the controversy around Apple One, and the Macs’ never changing system System Preferences.

Just How Fast Is Your Next iPhone?

We might not have seen the iPhone 12 family as part of Apple’s virtual September launch event this week, but we have seen the benchmarks pop up on the AnTuTu website. That gives us a raw comparison of the numbers from last year’s iPhone to this year’s. Philip Michaels reports some pretty shocking numbers:

“Leaked benchmarks from Antutu, purportedly showing off an iPhone 12 Pro Max’s performance, may help fill in some of the blanks. MySmartPrice spotted the leaked numbers, which claim to show off a device with 6GB of RAM and 128GB of storage running iOS 14.1.

The Big Problem With iOS 14

Apple may not have announced a release date for the iPhone, but it did announce the release date of iOS 14. And that has caused problems. Normally Apple will provide a week’s worth of ‘heads up’ time to Developers so they can ensure their apps are ready for the jump up to the next major version of iOS. Not this year… developers had less than a days notice, and they are not happy. Matt Binder reports:

““Gone are the hopes of being on the store by the time users install the new iOS 14 and are looking for new apps. Gone is the chance to get some last-minute fixes into your existing apps to make sure they don’t stop working outright by the time users get to upgrade their OS,” explained Steve [Troughton-Smith from High Caffeine Content.”

““There are some developers who have spent all summer working on something new, using the latest technologies, hoping to be there on day one and participate in the excitement (and press coverage) of the new iOS,” he continued. “For many of them, they’ll be incredibly upset to have it end like this instead of a triumphant launch, and it can dramatically decrease the amount of coverage or sales they receive.””

Take Two Tablets And Call Your iPhone In The Morning

Taking the flagship spot away from the ‘missing presumed having a good time’ iPhone 12 was Apple’s new iPad Air. Beating the smartphone as the first device with Apple’s new A14 ARM-based processor. Samuel Axon and Jim Salter report for Ars Technica:

“The iPad Air gets the new A14 Bionic CPU, built on 5nm process technology. It’s a six-core CPU with two high-performance cores and four lower-power, more efficient cores for simpler background tasks. The A14 Bionic offers a 30 percent GPU performance boost compared to previous generations, and Apple says it puts up double the graphics performance of typical laptops.”

As well as the increased power, 2020’s iPad Air has a new design; USB-C has been added, the bezels have been trimmed away, the home button has been removed, and TouchID has been integrated into the power button. It;s not the only new iPad, as the entry-level iPad moves up rom the A10 to the A12 Bionic processor. Benjamin Mayo reports:

“The jump from A10 to A12 means Apple’s cheapest iPad will feature the Neural Engine for the first time. Apple says the A12 chip offers more than twice the performance of the top selling Windows laptop, 6x faster than the top-selling Android tablet and 6x faster than the best-selling Chromebook.

Will Mac Owners Be Satisfied With Safari After macOS Delay?

If you were waiting for MmcOS Big Sur to drop for your Mac or MacBook, then you are out of luck. Apple’s event saw updates to iOS, iPadOS, tvOS, and watchOS… but macOS has been delayed. The ‘Big Sur’ release is still in the future, but a small crumb (perhaps from a cookie) has been handed to Mac fans in the form of Safari 14, presumably to offer cross-OS support with other devices. Juli Clover reports:

“Safari 14 brings improved performance, customizable start pages, a Privacy Report to see which cross-site trackers are being blocked, and a new tab bar design that provides tab previews so you can see what you have open at a glance. Today’s update also removes Adobe Flash.”

Two new Apple Watch models were launched, and as the Apple Watch Series 3 remains, there is now a low-, a mid-, and a high-level smartwatch in the classic triplet that Apple was once famous for. Todd Haselton looks over the Series 6 Apple Watch for CNBC, including the headline ‘wellness’ features:

“The Series 6 also has Apple’s most advanced sensors. You can run the ECG app for an electrocardiogram, for example, a feature that’s not on the Apple Watch SE or Series 3. It’s also the only model with the new blood-oxygen app. I tried that and it told me my blood oxygen was 96%, which seems good.

“…Apple is careful to explain that this isn’t a medical device. You can use it if you’re curious about your blood oxygen when you’re hiking at high altitudes, but Apple isn’t making any promises about detecting low oxygen should you fall ill with coronavirus.”

Meanwhile, Apple has brought the ‘SE’ brand to the Apple Watch, again with the promise of a cheaper ‘mid-range’ slice of hardware that still delivers the core Apple experience. Chris Velazco has spent some time with the wearable to try and work out where it fits into the portfolio:

“For one, the SE uses the same S5 system-in-package (or SIP) that we got in last year’s Series 5, which in turn contains the same dual-core processor as the Series 4. Meanwhile, Apple has confirmed that the SE has the same compass and always-on altimeter as the Series 6, along with a very similar screen.

“From what I can tell, it’s the same bigger display we got in the Series 5, just without the always-on functionality enabled. And while the Series 4 was the first Apple Watch to come with heart-sensing ECG support, you simply don’t get that here. Ditto for the Series 6’s new blood oxygen measurement features.”

Bouquets and Brickbats For Apple One

Also announced alongside Apple’s hardware, and perhaps an indication of where Apple wishes to focus on the future, were new options for the various subscription services offered by Cupertino. Apple One takes the popular options and bundles them together while offering a discount. Brian Heater reports:

“It’s not quite mix and match yet, but there are three pricing tiers. Individual offers Apple Music, TV+, Arcade and iCloud for $15 a month. The Family version will get you those four services for $20 a month. For the hardcore, there’s the $30 a month Premier tier, which bundles iCloud, Music, TV+, Arcade, News+ and [the new service] Fitness+.“

“For those who have been putting off a given Apple subscription, such a bundle could certainly sweeten the pot — and make it even harder for users to escape the pull of the Apple software ecosystem.”

More at TechCrunch. Given Apple’s market position, using one service to pptentiallybolster another through a bundle has drawn the eye of the competition. Spotify – which has already filed an anti-trust complaint with the European Commission against Apple – drew attention to the issue shortly ager the end of the event.

“Once again, Apple is using its dominant position and unfair practices to disadvantage competitors and deprive consumers by favoring its own services. We call on competition authorities to act urgently to restrict Apple’s anti-competitive behavior, which if left unchecked, will cause irreparable harm to the developer community and threaten our collective freedoms to listen, learn, create, and connect.”

More on the Spotify statement at Apple Insider.

The look of the MacOS user interface has evolved since OSX was announced in 2000. One area has stayed relatively contestant, but the small changes highlight the thinking behind the OS over the years.

“The interface started glassy and skeuomorphic, mimicking the materials used on Macs. Over the decades, it went through significant revisions. One thing that seems to have remained relatively unchanged over the years is the System Preferences screen.

“But, at a closer glance, we’ll see that this mundane part of the operating system has changed quite a bit and hides some fun easter eggs and surprises.”

Arun Venkatesan has taken a closer look on his blog.