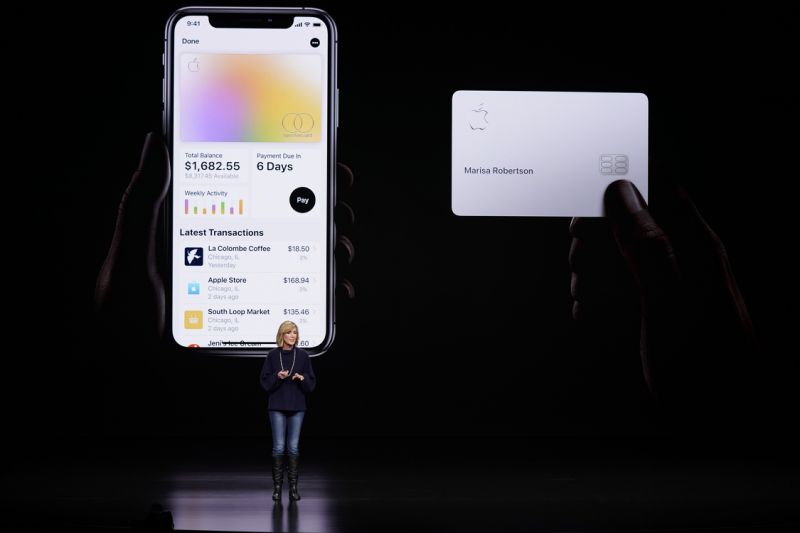 Apple is rolling out a credit card that it says is designed to do things no other card can. So how does it actually stack up?

It looks different from a traditional credit card — there’s no number on the front and the users’ name is etched in metal. The card expands the company’s digital Apple Pay services, marrying the physical card to a virtual one and integrating both with the iPhone. And it comes with a bevy of perks — quick sign-up, elimination of most fees, strong security protections and cash back. But industry experts say they aren’t impressed — the financial benefits mirror many of those already out there for consumers.

WHAT DOES IT COST?

Apple says there are no fees associated with the card. That means no late fee, no annual fee, no international fee and no over-the-limit fees. It also said it aims to have among the lowest interest rates in the industry. Users must have an iPhone to use the card, which comes at a cost. But they will earn cash back on their purchases — 3 per cent on Apple purchases, 2 per cent on those with the virtual card and 1 per cent with the physical card.

“I’m underwhelmed,” said Ted Rossman, industry analyst at Creditcards.com. “People will sign up for it, but that will be mostly because they love Apple, not because this card is better than anything that already exists.”

Apple points out that it is the only card to provide those rewards in real time, so that cash earned can be used immediately. Other companies often make users wait a statement cycle or until the bill has been paid. But WalletHub CEO Odysseas Papadimitriou is dubious people who can afford an iPhone and qualify for the card will need that cash so quickly. He also reiterated that there are better rewards out there, particularly for people with strong credit.

“There are other cards that have better rewards and no annual fee,” he said. “There is a healthy market there, so from that perspective there is nothing unique.”

A note on the interest rates as well — the card doesn’t come out until summer but Apple has said that as of March, the variable annual percentage rate on the card could be anywhere from 13.24 per cent to 24.24 per cent based on creditworthiness. That’s right in line with the rest of the market, Rossman said.

Apple prides itself on privacy and security, so no surprise, the card sets itself apart here.

The physical card has no numbers so purchases are made with the embedded chip and the digital version lives in your Apple Wallet on your phone, where it’s protected by Face ID or Touch ID. That means that even if someone steals your phone they won’t be able to use the card to buy things.

Apple says it won’t get information on what you buy with the card or where or for how much. And it says Goldman Sachs, which Apple is working with to provide the card, will use your data only to operate the card — such as help with purchases or fraud protection — but your Apple Card data will not be used for any other purposes.

Even critics concede that the Apple Card technology provides a new layer of protection not available with other cards. And mobile payments, such as Apple Pay, are generally more secure than traditional credit cards.

However, consumers already have zero fraud liability with credit cards, said Papadimitriou. Federal law limits a consumer’s fraud liability to $50 but all the major credit card networks — Visa, Discover, American Express and Mastercard — provide zero liability for consumer cards. Apple is working with Mastercard to create the Apple Card. So, he said, the added protection may be more perception than reality for most.

HOW EASY IS IT TO USE?

Apple says users will be able to sign up for the card in the Wallet app on their iPhone and begin using it almost immediately. It also tracks spending on the phone in a more user-friendly format, eliminating some of the gibberish that fills a traditional credit card statement.

It also includes some budgeting tools, such as tracking spending and providing estimates of how much interest could be charged on a purchase to help people make an informed decision. It allows users to set up weekly or biweekly payments to better match up with their paychecks. While these perks are nice, there are similar budgeting tools on other cards and the information only incorporates purchases and payments for Apple Pay and the Apple Card, so it’s not providing a full financial picture. All the same, Apple users often enjoy the seamlessness of having the information at their fingertips.

There is still some sense of wait-and-see, as the power of the Apple brand and its fan base is strong. In general, though, credit card industry experts say this is a bid by Apple to expand its Apple Pay services. While Apple Pay is the most common of mobile-wallet payment services, only 13 per cent of smartphone users have tried it, according to industry tracking site PYMNTS.com.

“Apple makes great software, but I’m not sure they truly understand consumer needs on this,” Papadimitriou said.