FACEBOOK IS TESTING ITS VERY OWN DATING APP
Advertisement 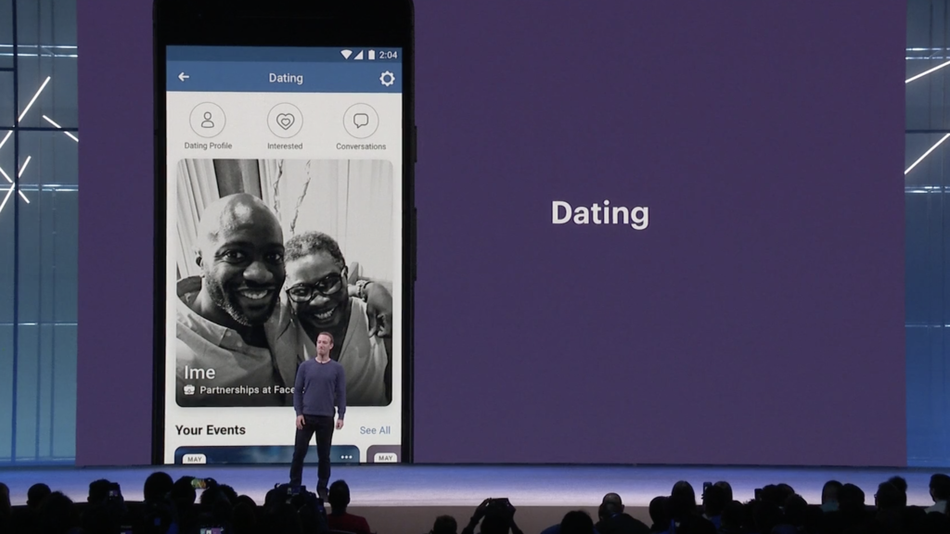 Yes, Facebook Dating is a real thing. And we may have just received a sneak peek.

Jane Manchun Wong — an app researcher who’s spotted Facebook features in the past, like Talent Show — posted photos from what she claims is an internal test of Facebook Dating.

The company wouldn’t say whether these pics are the real deal, although it did confirm it’s testing Facebook Dating internally.

Two months ago, at its F8 developer conference, Facebook shared that it was developing a dating app. Aspiring yenta Mark Zuckerberg explained it was “going to be for building real, long-term relationships, not hookups.”

Later, on its blog, Facebook dished out a few more details: “People will be able to create a dating profile that is separate from their Facebook profile — and potential matches will be recommended based on dating preferences, things in common, and mutual friends. They’ll have the option to discover others with similar interests through their Groups or Events.”

From Wong’s photos, it looks like the app will let you prevent your current Facebook friends from seeing your dating profile, thus avoiding potential embarrassment. It’ll also offer a variety of gender options, including trans man, trans woman, and non-binary.

No word on when, exactly, Facebook Dating will become available to the public. Guess you’ll just have to make do with Tinder, Bumble, OKCupid, Happn, Grindr, Hinge, and the thousands of other dating apps out there in the meantime.

INSTAGRAM IS USING AI TO DETECT BULLYING IN PHOTOS AND CAPTIONS

WHATSAPP MESSAGES AND SENDERS CAN BE ALTERED AFTER YOU RECEIVED THEM, SAY RESEARCHERS