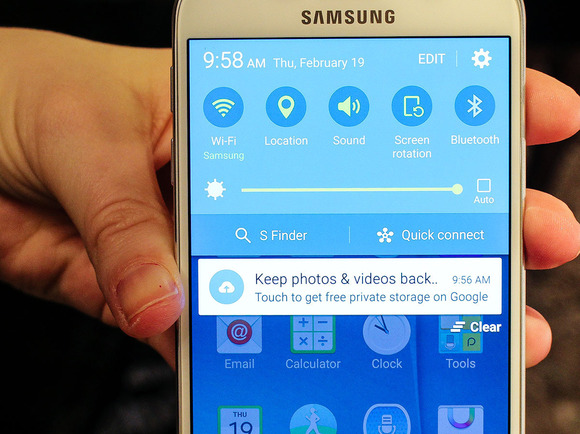 The Galaxy S6 has the world’s best smartphone display, joining its cousin the Galaxy Note 4 atop the podium with a shared crown.

However, it’s a shared crown with the Galaxy Note 4, as the larger display still had many of the qualities found in Samsung’s newest device. Samsung’s ability to maintain the display specs and performance with a screen smaller than the Note was particularly laudable, according to Soneira.

Why this matters: Samsung already impressed us when we got to check out the Galaxy S6 at Mobile World Congress, so we’re not completely surprised that this analysis matches our anecdotal observations. Along with the good display and newly robust build quality, we’re eager to get our hands on a review unit. We’ll share all of our impressions when we put it through a thorough test.