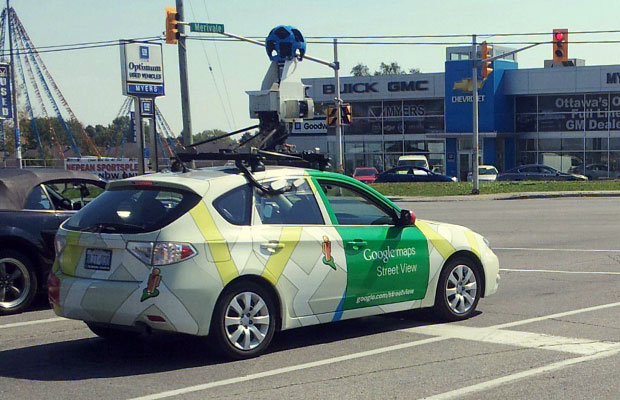 The use of information communication technology, ICT has in no small measure, changed the socio-economic fortunes of people all over the world. Using Google digital maps in navigation is a good example of where technology has played a crucial role in improving travelling experience. However, the difference between a good and bad travel experience lies in the traveler’s access and use information to plan.

From selecting a travel route to buying tickets and selecting activities, information plays a key role in deciding the objectives that will ultimately be used to describe the trip.

A recent trip to Madrid, Spain, “the land of the rabbits” was done on the instance of Google, as part of activities aimed at demoing the power of its digital and mobile tools to create more enjoyable and stress free travel experiences.

However, 65 Journalists were selected from across Europe, the Middle East and Africa (the EMEA region) to experience Madrid using Google digital maps. Before embarking on the trip, I had to test the Google Now app by asking it a question “OK Google, when does my flight leave?”

Within seconds, the app accessed my flight reservation and created a travel card, announcing that Lufthansa German Airline will be leaving Lagos to Frankfurt in the next three hours. It even went as far as telling what time I had to get on the road to be able to arrive early at the airport.

By the time we arrived in Madrid, the rules were very simple. All the participating Journalists had to navigate their way around several pre-selected spots located in a predominantly Spanish-speaking side of Madrid using only a Motorola Nexus 6 device.

This can be called the Google’s version of the famed Guilder Ultimate Search.

One thing was clear. Madrid using the Nexus 6 android smart device had retooled all participating Journalists who explored the hidden gems in the city Madrid using Google digital maps launched 10 years ago .

The city tour aimed to use location based services and data buried in Google Maps to locate interesting facts and places as the participants engage in the search for unique historical places in Madrid.

The Google tools which have revolutionized the world of digital maps with more than one billion user across the globe have become the de facto interface between the the physical and the digital world, helping people to locate their destinations without asking anybody the location where they are going or navigating.

For one thing, the latest features in Google Maps make it easier to navigate, and to avoid heavy traffic. The apps also automatically show you congestion on the route, among others. This is just one way Google is trying to make travel easier for users, with a number of new apps and updated tools.

At the end of the tour, it was an exciting and challenging experience for the participating journalists who were armed on how best to use Google app calendar, Voice search, Street view and Business view, Google maps, Google translator, Google photos, auto backup, among other useful tools one can use for smart living.

Accordingly, the tools can also help the users know weather condition and especially traffic situation affecting most African countries especially. The exploration of Madrid lasted for more than four hours on the first day which commenced on Sunday, April 25, when the participating Journalists were divided into two groups.

Each group had searched for the hidden gems in the city of Madrid including the oldest restaurant in the world called Botin established in 1725, former medieval commercial heartland, statue paying homage to the capital ´s hard working road sweepers, classical Madrid Traven founded in 1908 where the locals hang out to drink vermouth in town, among others historical places.