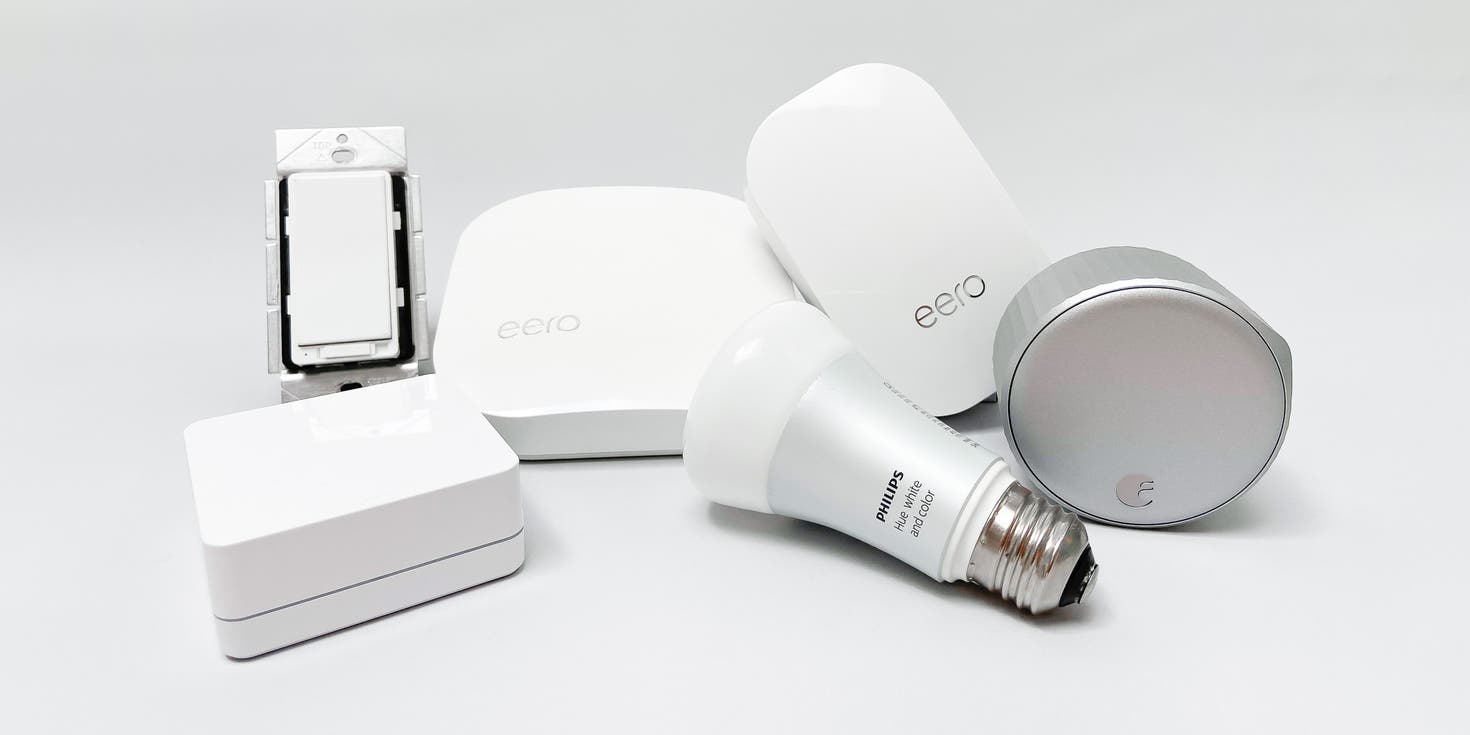 If you (like everyone else in the known universe) have a love-hate-fear-confused relationship with your home’s Wi-Fi, then you may have been advised to get a mesh network. That’s good! These systems spread the work of pumping out a wireless signal to two or more beacons or nodes placed around your home, instead of relying on a single base station (for a deeper dive, see the Best Wi-Fi Mesh-Networking Kits). Often, adopting mesh is sublime: Every nook and cranny of your home is bathed in high-speed internet.

If you happen to have smart-home devices, though, mesh Wi-Fi may throw in some curveballs—and the occasional wrench, too.

After hearing about of all kinds of quirky behavior from smart devices—and experiencing plenty ourselves—we consulted Wirecutter’s resident wireless expert, Joel Santo Domingo. And the news was grim. Solving Wi-Fi problems, it turns out, is a bit like finding a unicorn. “Wireless technology is subject to so many outside factors,” Joel explains. The layout of your home, the building materials used to make it, and even competition from your neighbors’ Wi-Fi devices can all spell trouble—and that’s not to mention the scads of technological hiccups once smart devices are added to the mix. The result is that it’s pretty tough to diagnose why your Wi-Fi doesn’t work perfectly, and it is even harder to troubleshoot.

But we’re going to try anyway.

Is a mesh network the best option for fixing Wi-Fi problems?

The short answer: no. If you want the best possible solution, Joel said you’d need to run ethernet networking cable to every (or most) rooms in your home, and then have wireless access points plugged into each of those. Unless you are building a new home, or you happen to have a lot of cash and time, that’s likely out of the question for most people.

Barring that, invest in a good router—not the one the cable company gave you— and be sure that it’s placed in a central location as close to the middle of the house as possible, on the first or even second floor. (If you have it in your basement or tucked away in a remote corner of the house, you’re all but guaranteed to have problems.)

If you’ve done that and your Wi-Fi is still stinko—you have blank spots in your home or other issues—then a mesh network may help balance things out and ensure your Wi-Fi connection remains steady. Joel cautioned, however, that you shouldn’t overdo it: There’s such a thing as adding too many nodes/beacons, which can start to cause wireless problems. Two nodes should be sufficient for anyone living in an average-size home (about 2,300 square feet, according to the U.S. Census Bureau).

Smart-home devices are a great gift—unless you run into tech troubles. Rest easy: Here are the solutions to the most common issues we’ve encountered.

Why won’t some of my smart-home devices connect to my mesh network?

As we’ve said, it’s pretty tough to nail down a precise solution that takes into account all of the possible variables with Wi-Fi. But there are a few things you can check that may solve your problem.

The first option is to experiment with where you have placed your mesh network’s nodes (those are the secondary devices, not the base station that plugs into your cable modem). Stand in the area where your smart device is located and check your smartphone’s Wi-Fi signal. “If you’re setting up an outdoor security camera and your smartphone can’t connect to your Wi-Fi network from the same location, then the camera won’t be able to either,” Joel said.

The other option is a bit more complicated. Here’s a little technical background. Wi-Fi signals travel on two wireless bands: 2.4 GHz, which is slower but maintains faster speed at longer distances, and 5 GHz, which is super-fast up-close but slows down considerably in about half the distance as the 2.4 GHz band. Many devices will be able to switch back and forth between those bands to get the best possible signal. However— wait for it—virtually no smart-home devices work on the 5 GHz band. And so if your smartphone happens to be connected to the 5 GHz band when you’re trying to set up a smart-home device, you will likely have problems (which can also result in hair-pulling).

You can’t easily tell what band your smartphone is connected to, so your options are to turn your phone’s Wi-Fi on and then off again and hope it reconnects to 2.4 GHz. Or, better yet, go into your mesh network router’s settings and see if you can temporarily disable the 5 GHz band. Not all mesh networks allow you to do that, however. Joel said just 13 of the 27 mesh networks Wirecutter tested allow this (and four let you turn it off permanently).

And, finally, many smart-home devices don’t even use Wi-Fi directly and instead rely on other wireless technologies, such as Bluetooth, Zigbee, or Z-Wave. For instance, Philips Hue smart bulbs and Lutron in-wall smart switches come with hubs that plug into your router. If those devices are having issues, it could be that they’re simply too far from their hub—don’t automatically blame your mesh network! You can try power cycling or reinstalling the device. But the best way to prepare for problems like this one is to buy reliable devices that will respond to issues as they are reported. “Paying more for a name brand is worth it,” Joel said. “Those companies are constantly looking out to see if there are conflicts with their devices and Wi-Fi and putting fixes out for them.” Annoyed when you have to update an app or firmware on the actual device? That’s actually the sign of a good company.

Why do my smart devices sometimes drop off my network?

There are a few possibilities: the ones we keep harping on (materials, layout, yada yada yada), interference from other devices, or an overly crowded network.

Smart-home devices actually decide on their own which Wi-Fi node to connect to—and, like humans, they don’t always make the right choice. So when you set up a device, it will tend to connect to whichever node has the best signal at that precise moment. But it could be that the signals in your house change, or one node is overloaded, or you moved furniture and it blocked the signal—and so your smart device, stupidly, has married itself to a node with a weak signal, instead of a node with a good signal. The solution, blissfully, should be simple: Turn your smart device off and then on again, and it should fix itself.

Interference from other Wi-Fi networks is another common issue. Going a bit down the rabbit hole, besides the Wi-Fi bands we already mentioned, each of those has its own sub-bands, known as channels. And it’s possible that you and your neighbors may be broadcasting while all using the same channel, resulting in a traffic jam—especially if you have 30 smart-home devices all chattering at once. In this case, restarting your mesh base station and nodes (the whole network) will cause your system to rebuild its connections by searching for the best channel currently available. Otherwise, Joel suggests using a Wi-Fi analyzer—like the Wi-Fi Explorer Lite ($2, for Mac) or NetSpot (free, Mac or PC)—to see what channels are being used, and then manually change your network to another channel (an analyzer is a built-in utility on your router or mesh network).

It could also be that you simply have too many devices on your Wi-Fi network. Joel said that a good router can accommodate 30 to 40 devices on one network, with mesh adding room for another 15 or 20, before you notice performance issues. Things get worse if you have devices that suck up a lot of bandwidth, like security cameras and smart doorbells with a cloud connection, or streaming video. “Once you’re past that point, I would consider trying to figure out where you can put wires in the house,” Joel said.