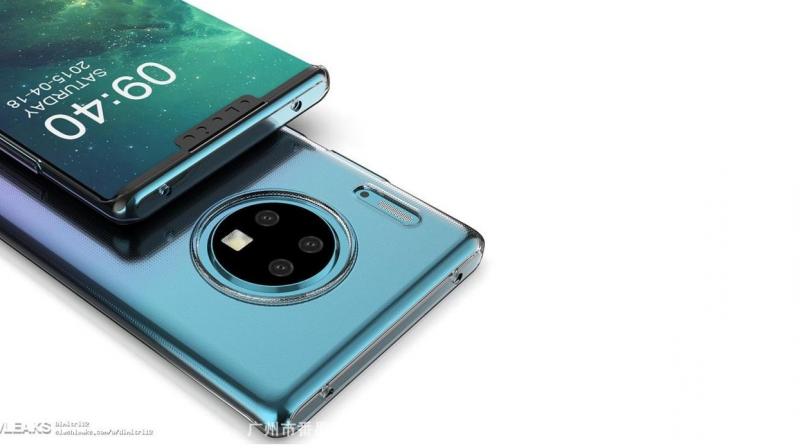 The next flagship from Huawei, the Huawei Mate 30 Pro, is due to be revealed in Munich, Germany on September 19. Though some clues as to what it will look like have already been revealed, the latest renders, courtesy of @OnLeaks and @Pricebaba, and picked up by 9to5Google, take our knowledge to a whole new level.

Of course, these are renders rather than photographs so it’s advisable to keep that pinch of salt handy, but these are proficient and reliable leakers. Here’s what we know, but first, what we don’t.

Currently, it’s believed Huawei is not permitted to put Google’s Android operating system, complete with Google apps, on its next phone because that hasn’t been authorized as the relationship between Huawei and the United States is a little complicated at the moment. Read more details here.

But the options remaining are a phone powered by Huawei’s own HarmonyOS or a version of Google. It’s possible for a manufacturer to use Android because it is open source. It’s the bit that goes with it,  Google Mobile Services, that complicates matters. That’s the part that Google chooses to license, and which gives access to the Google Play Store and Google Maps, for instance. In theory, any device could have vanilla Android, and customers could theoretically add a Google account.Today In: Innovation

This is just possibly a route Huawei could go down.

These renders, if accurate, confirm the belief that the Mate 30 Pro will have four rear cameras, arranged in a square inside a circle. This is personal taste, of course, but to my eyes this design looks fantastic: unlike anything else on the market, with a pleasing symmetry and the surrounding circle wittily evoking a camera lens on its own.

Sure, there’s a bigger notch than on the P30 Pro, for instance, but the wide cut-out at the top of the screen looks good, I’d say, and hints at advanced technology nestling in it. The display squeaks right out to the far edges of the long side and looks appealing, too. And, unlike many smartphones, the bottom bezel is very slim, almost symmetrical to the one along the top of the screen. Both top and bottom bezels look slimmer than on the P30 Pro.

Mind you, there seems to be more metal at top and bottom as well, compared to the P30 Pro.

The styling is classy and understated, with gently curved corners and defiantly flat top and bottom edges both drawing the eye. But it’s what is missing that seems most intriguing.

A word of caution as this may be simply down to an incomplete CAD from which the renders are drawn, but if true, this design choice is remarkable: there are no volume buttons.

Assuming it’s not that the CAD author forgot to draw them, it potentially offers a whole new way to control your phone. Is it down to pressure-sensitive edges on the phone itself, similar to the technology HTC has built in previously?

Or will Huawei introduce one of its unique gestures to change the volume?

It seems unlikely to be built into the rather small power button on the right edge, but that is still a possibility.

For me, the lack of a volume rocker is emblematic of how innovative Huawei is. Even if the final result is fitted with volume buttons, the fact that I and others are even considering rocker-free volume control is a mark of the high level of innovation the company has already reached.

We’ll have the conclusive answer in a matter of days.