It’s getting really hard not to support Samsung
Advertisement 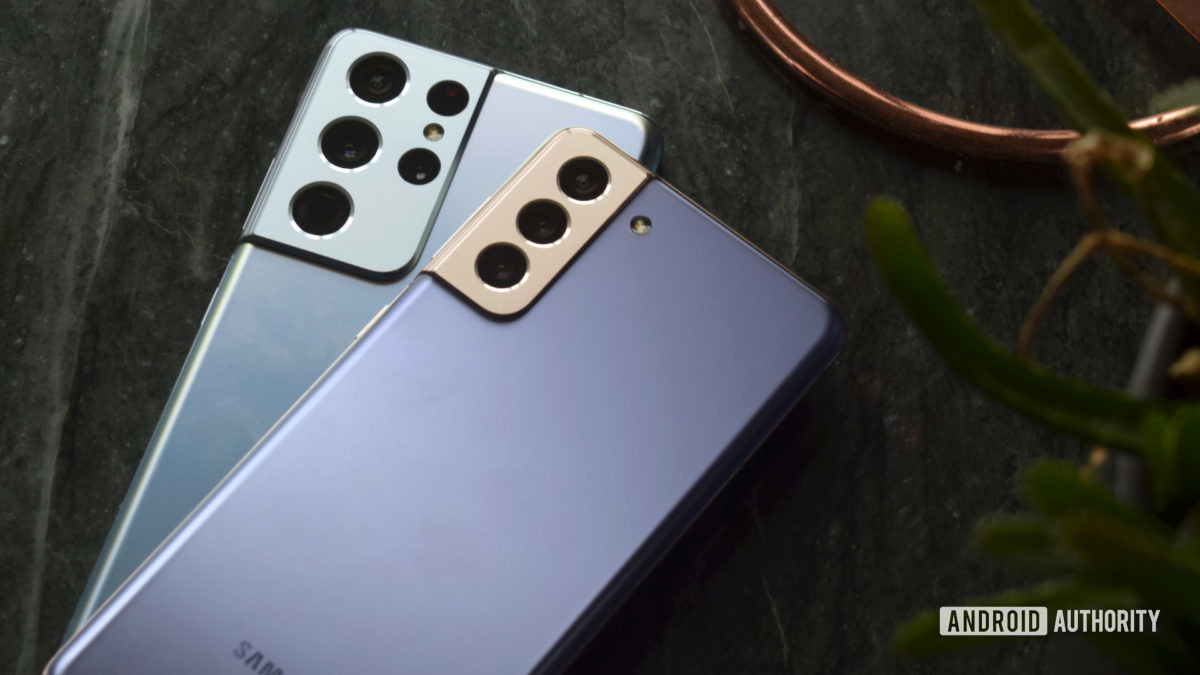 I’ve never really been a massive Samsung fan for whatever reason. I guess this can be partially attributed to my love of the underdog, be it in sports, gaming, or the smartphone world.

Of course, Samsung has been anything but the underdog for almost a decade, dating back to 2012 when it first beat Nokia to become the number one smartphone maker in the world. Since then, the company has enjoyed an almost uninterrupted run of success at the top.

Back in those early days of Samsung dominance, I preferred brands like former top player Nokia with its amazing cameras and the now-ailing HTC for classic devices like the HTC One X and HTC One M7. It didn’t help that Samsung was embarking on its “throw stuff at the wall and see what sticks” approach to hardware and software at the time.

Just a few years ago, I was sat comfortably on the Huawei bandwagon when I decided to buy a phone on contract. This was definitely a case of another brand’s phone simply appealing more to me than Samsung’s wares, which felt way too conservative at the time. But fast-forward to 2021 and it’s become increasingly difficult not to root for Samsung.

A massive commitment to updates

Perhaps the first sign of Samsung being on the path to becoming a company worth supporting came when it announced that select models would receive three generations of Android version updates. Sure, we’ve seen Google do this for a while now, and OnePlus unofficially carries out this policy with some of its phones. However, Samsung’s decision to publicly announce a pledge of this magnitude earned it a lot of attention and goodwill. It also represented a big win for consumers looking to hold onto their phones for the long haul.

It didn’t hurt that the South Korean manufacturer isn’t restricting this pledge to new flagships either, as it has targeted older devices, mid-range phones, and tablets too. So even if you have a Galaxy A51 (seen above), Samsung has you covered.

The company has since announced that it will be bringing four years of security patches to devices as well, and this is a major move too. It means Samsung’s phones are arguably the most secure devices in the Android landscape. Samsung will reduce the frequency of updates to just a few times a year as a device reaches end-of-life status, but it’s still welcome news.

There’s certainly a good argument to be made that the company is besting even Google when it comes to updates. Google’s phones receive three years of Android version updates and three years of security patches. But even if Samsung stuck to three years of patches, the mere fact that it’s supporting so many devices is already a more impressive achievement.

The undisputed king of foldables

Another reason to back Samsung these days is simply that it’s been the top dog in the foldable phone space without question. The company had a shaky start with the delayed Galaxy Fold launch due to hardware defects, but the firm has more than bounced back since then. In fact, you could say Samsung has done more than any other company to make foldables a viable form factor.

The fixed Galaxy Fold delivered a solid experience, while the clamshell Galaxy Z Flip series soundly beat Motorola at its own game by revitalizing a retro form factor with a modern spin. But the Galaxy Z Fold 2 represents the apex of Samsung’s foldable efforts thus far. It listened to fans by offering a better smartphone display, got rid of that sizeable cutout on the main screen, and introduced ultra-thin glass to the main panel in a bid to deliver improved durability.

Samsung is the undisputed leader in the foldable phone space right now, with rivals following in its footsteps.

We’ve since seen Huawei and Xiaomi launch in-folding foldable phones too, demonstrating Samsung had plenty of foresight when it chose this form factor for the original Fold. Our own Kris Carlon noted that the Huawei Mate X2 sets a new standard for foldables in general, but even he had to admit it feels like a precursor to whatever Samsung has in store for the Z Fold 3. And good luck finding a Mi Mix Fold outside China.

Speaking of the Galaxy Z Fold 3, it’s expected to offer S Pen support when it launches later this year, with the company going all-in on its marquee foldable in the absence of a 2021 Galaxy Note release. Rumors of a cheaper Galaxy Fold model also give us hope that foldables will go mainstream. Either way, Samsung is arguably the only OEM with the brand recognition, software chops, and international reach to push the nascent form factor forwards. Samsung’s rivals like Xiaomi and Realme have long been the go-to options for enthusiasts wanting an affordable flagship experience. Devices like the Poco F3, Mi 10T series, and Realme X50 Pro have all earned acclaim for offering phones with cheaper price tags while still offering high-end power.

2020 saw the South Korean manufacturer step its game up in this area, with the Galaxy S20 FE making big waves in this space. At $699, the phone packed flagship power, truly versatile cameras, a big battery, and more. You even got features like wireless charging and an IP68 design, which are uncommon at this price. It won our 2020 Editor’s Choice award, and for good reason.

The company continued this trend in 2021, launching the Galaxy S21 for just $799. This makes it $200 cheaper than the S20 family’s launch price. The phone isn’t perfect, lacking microSD storage, dropping down from QHD+ to FHD+ resolution, and swapping rear glass for plastic (sorry, “Glasstic”). Yet you’re still getting the latest flagship processor, a strong camera setup, water resistance, and wireless charging. Combine these offerings with Samsung’s generous promotions, and it’s no wonder S21 series sales have reportedly tripled compared to the S20 range in the first month of availability in the US.

Samsung’s budget phones used to be solid but always lagged a little behind other rivals. The company is pulling up its socks here too. The Galaxy A series has delivered genuinely good devices, and the brand-new Galaxy A52 and Galaxy A72 entries look great. The Galaxy A52 5G in particular packs a high refresh rate OLED screen, a solid Snapdragon 750G SoC, a big battery with decent charging speeds, and even an IP rating. That’s not bad for a phone that looks set to retail at ~$500 when it eventually launches in the US.

Firing on all cylinders When the US trade ban against Huawei first went into effect, one of my first thoughts was that Samsung couldn’t afford to be complacent. At the time, it felt like Huawei was essentially the king-in-waiting and would be ready to reclaim its crown when the ban was lifted. After all, the company had just passed Apple for the number two spot and was on track to beat Samsung in several quarters.

It certainly seems like Samsung was listening, because it’s been anything but complacent since the Huawei ban kicked in. The aforementioned moves like a longer commitment to updates, better affordable devices, and its foldable series all show a company firing on almost every cylinder. It’s even been pushing out legitimate powerhouse devices like the Ultra range while Huawei is effectively out for the count with its own Google-free Pro and Pro Plus offerings.

Either way, I’m happy to see Samsung make all the right moves and then some as it looks to cement its place at the top of the food chain. We look forward to the day that Huawei’s US ban is lifted because while it’s continued to deliver killer devices tainted by software struggles, Samsung has been hitting the gym and sparring hard while its rival was away. If the two giants ever do battle again, that’ll be a contest for the ages.

What is a streaming database?