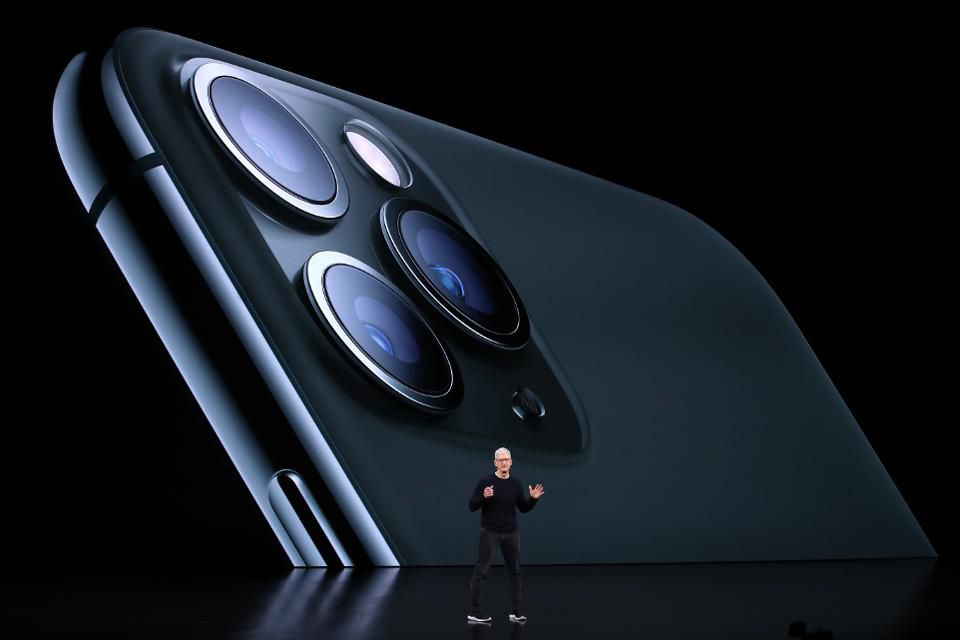 Strong initial sales of the iPhone 11 family have pushed up Apple’s share price since September’s launch event, but don’t assume that Apple has turned the corner. Tim Cook and his team have worked the calendar to give the new iPhone portfolio a sales advantage over last year’s models.

And there’s a small surprise ready to be launched next year as well.

Since the launch of the iPhone 11 family, investors have reacted positively towards Apple and the new devices, as Tae Kim notes for Barron’s:

It’s worth nothing that this year’s iPhone roll-out make a direct year-on-year comparison of iPhone sales not as straightforward as previous years.

First up is the release schedule. Apple presented the three iPhones (the 11, the 11 Pro, and the 11 Pro Max) on September 10th; going on sale ten days later on September 20th.

Although the iPhone XS and XS Max made their debut at roughly the same time (oh, let’s be precise, it was one day later, on September 21st 2018), the iPhone XR was announced on September 12 last year, but was not released to retail until October 26. That means the equivalent iPhone 11 has a six week head start over the iPhone XS

Measured over the year this is unlikely to make a difference, but measured over Q4 that’s a significantly increased sales window, and could boost sales of the iPhone 11 family this quarter.

Then there is the handset that is being replaced. Putting aside Apple’s geekerati who’ll be happy to buy the latest product as quickly as possible, the majority of iPhone sales are synced to carrier contracts.

If you assume that the average iPhone consumer is on a two-year contract then the iPhone 11 handsets are being pitched as replacements for the iPhone X, and that makes the new handsets less attractive. Although Moore’s Law has seen improvements in the camera and hardware specifications, for most users the differences between the iPhone X and the iPhone 11 will be minimal and could depress sales.

Compare that to the iPhone XS, which was pitching itself as a replacement for the iPhone 8 family. Tha iPhone 8 carried the older physical design, making the upgrade to the XS line superficially more attractive. The iPhone 11 does not have that advantage.

And in all this, remember that Apple no longer releases unit sales as part of its quarterly earnings calls. Any sales projections and reporting can only be estimates by third parties.

If the iPhone 11 family follows the ‘burn brightly and burn quickly’ path of the iPhone 6S, then history could repeat itself again. I’m expecting the heavily rumored iPhone SE 2 to make an appearance in March 2020.