PwC launches ‘Into Africa – the continent’s cities of opportunity’ report to highlight the potential of the continent: African CEO Forum, Geneva 2015
Advertisement

Today at the African CEO Forum of 2015 in Geneva, PwC (http://www.pwc.com) launches the first edition of its ‘Into Africa – the continent’s cities of opportunity’ report, which details the potential of 20 African cities that we believe to be among the most dynamic and future focused on the continent. The report is part of PwC’s global Cities of Opportunity series and its analysis is structured around the critical issues of the business community as well as those of the office holders and other public authorities who are responsible for improving the collective life of each city examined here. 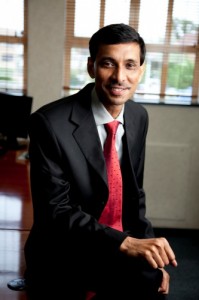 The African continent is crossed by five trends: demographic change, urbanisation, technological changes, the transfer of economic power and climate change. Urbanisation is of particular importance, as by 2030, half of Africa’s population will live in cities where economic activity and growth will be focused and which will become communication centers and hubs for social trends. The global megatrends are colliding across Africa. The growing middle class, strong demographic growth with an improving age mix, technological innovation that we have already seen in mobile payments and a growing choice of investment partners from the global south, as well as fast-paced urbanisation are all shaping what the future of Africa will look like.

Stanley Subramoney, PwC Head of Strategy for Southern Africa, says: “We have sought to answer ‘what makes an African city one of opportunity’ by developing a set of questions that investors should ask themselves and themes which city politicians and officials can work on to improve their competitiveness. This report assesses how the cities are performing not only on a regional level but also on an international one, which is hugely important in terms of these cities being able to compete and prosper on both of these stages.”

PwC studied four indicators: the economy, infrastructure, human capital and population/society (which itself contains 29 variables). From this analysis, two rankings emerged: ‘general’ and ‘opportunities for cities’. “We believe that these cities demonstrate the relative strengths and weaknesses of Africa’s urban future. Our evaluation and re-evaluation of that future is, of course, a continual work in progress,” adds Kalane Rampai, PwC Leader for Local Government for Southern Africa.

Four of the top five cities in the report are located in North Africa: Cairo, Tunis, Algiers and Casablanca, with the fifth being Johannesburg.

The preponderance of North African cities at the top is mainly due to how long they have been established. This has given them time to develop infrastructure and a regulatory and legal framework, and to establish a socio-cultural ecosystem. Johannesburg is the only exception to this pattern since it was only formed more recently, in 1886 (compared to the other cities it’s ranked highly with), and was developed rapidly for political reasons. Therefore, its infrastructure and services are comparable to those of the more established African cities.

Another major criterion of a city’s potential is the vision they have for their future. Accra, the capital of Ghana, is a good example of a city that has a good reputation throughout Africa and beyond for the quality of its communications infrastructure, low crime rates and steady democracy. Economically, it ranks second for both its attractiveness as a destination for foreign direct investment and the diversity of its GDP.

Most of the African cities with promise can (and will), with a little effort and organisation, climb to join those cities at the top of our overall ranking. Moreover, many of them have already become key regional platforms, such as Dar es Salaam and Douala as centres for telecommunications, Accra and Lagos for culture, and Nairobi for financial services.

Outside our top five cities, Kigali finishes at the very top for both ease of doing business and health spending; Abidjan ranks number one in both middle-class growth and diversity; Dar es Salaam is first in GDP growth; and Nairobi outscores all African cities in FDI.

With 5% growth, dynamic demographics and a growing middle class, Africa is extremely appealing to investors. After undergoing a period of pessimism about the future of Africa with some exaggerated optimism, leaders today share a more realistic view of the economic climate of the continent. This is what PwC calls ‘Afro-realism’.

The trends identified in the report, with the generally accepted economic data supporting the notion that cities are the world’s ‘engines of growth’, make ‘Into Africa – the continent’s cities of opportunity’ report not only necessary but extremely timely.

PwC (http://www.pwc.com) helps organisations and individuals create the value they’re looking for. We’re a network of firms in 157 countries with more than 195,000 people who are committed to delivering quality in assurance, tax and advisory services. Find out more and tell us what matters to you by visiting us at www.pwc.com

PwC refers to the PwC network and/or one or more of its member firms, each of which is a separate legal entity. Please seewww.pwc.com/structure for further details.