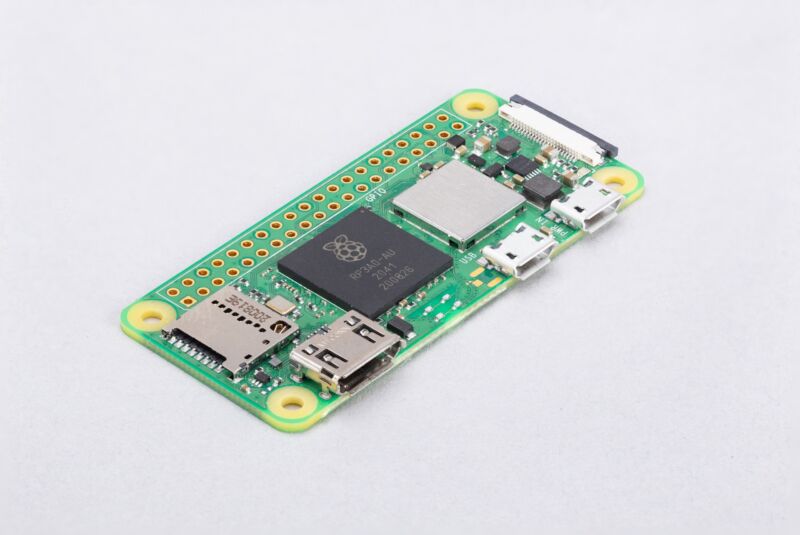 The new board swaps the old Zero’s 1 GHz single-core ARM11 processor for a quad-core Cortex A53-based Broadcom BCM2710A1 processor, also clocked at 1 GHz—the same processor used in the original Raspberry Pi 3 released back in 2016, albeit clocked slightly lower. This is a substantial increase in power and capability for the Pi Zero, going from one core to four and from 32 bits to 64.

Upton said that the performance increase over the original Zero “varies across workloads” but that for multithreaded tasks like those simulated by sysbench, “it is almost exactly five times faster.” Heat dissipation is provided by “thick internal copper layers” in the board, which should help prevent thermal throttling without the use of additional fans or heatsinks. 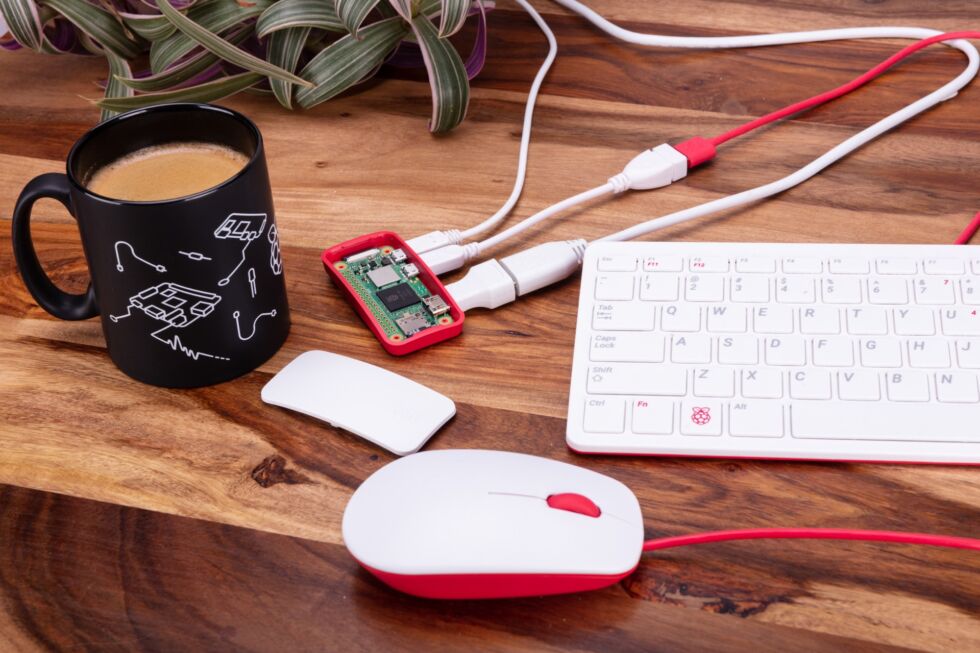 But the Pi Zero 2 W is still a low-powered, miniature version of the Pi, which means there’s just not a lot of physical space for other upgrades. The Zero 2 W still uses 512MB of RAM, 2.4 GHz 802.11n Wi-Fi with Bluetooth 4.2, and a single HDMI port along with two micro-USB ports (one for power, one for data) and a microSD card slot. Because it still uses the same Zero form factor, it should fit all existing cases and accessories made for the original Pi Zero.

Upton said that the company hopes to ship about 200,000 Pi Zero 2 W boards in the remainder of 2021 and an additional 250,000 in the first half of 2022. These numbers are being limited somewhat by ongoing chip shortages, which prompted a rare price increase for the flagship Raspberry Pi 4 model earlier this month.

The original Pi Zero W and the Wi-Fi-less Pi Zero will continue to be manufactured and sold for their original prices of $10 and $5, respectively.

Get back to exploring the world with these travel gadgets