ROBOT TURNS OUT TO BE MAN IN SUIT
Advertisement 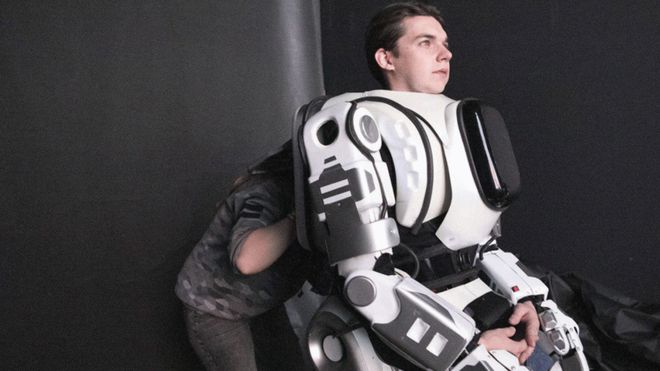 A robot on show at a Russian state-sponsored event has turned out to be a man dressed in a costume.

Robot Boris featured on Russian TV and was apparently able to walk, talk and dance.

But soon after its appearance journalists began to question the bot’s authenticity.

In a picture published afterwards on social media, the neck of a person was clearly visible.

While the organisers of the Proyektoria technology forum – which was aimed at youngsters – had not claimed the robot was real, the TV coverage on Russia-24 suggested it was.

Russian website TJournal raised concerns about the robot asking a series of questions:

On the website of the firm behind the Alyosha robot costume the product is described as being able to create “an almost complete illusion that you have a real robot”.