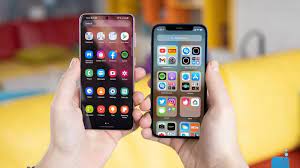 The Samsung Galaxy S21 series is losing its value at a staggering pace, according to data analyzed by smartphone marketplace SellCell. Apple’s iPhone 12 range is doing relatively better, which means you can get more for a used iPhone 12 model than for an S21 variant.
Compared to their retail price during the launch month, the Galaxy S21 series smartphones have depreciated between 44.8 percent and 57 percent in value. In contrast, the iPhone 12 range, which went on sale in the last quarter of 2020, has lost between 18 percent to 33.7 percent of its value.

The priciest Galaxy S21 model is now worth half its price, the most expensive iPhone 12 variant has only lost 31 percent of its value

The 256GB Galaxy S21 has depreciated the most at a rate of 19 percent per month, which means its value has gone down by 57.1 percent since its release three months ago. The 128GB Galaxy S21+ 5G has depreciated at a slower rate than other S21 phones. Its resale value is now around 55 percent of its original price, after an estimated loss of 44.8 percent.
Galaxy S21 series trade-in value depreciation
The 128GB iPhone Pro Max has held on to its value better than other phones in the series, with around an 18 percent reduction in value since its launch five months ago. The 512GB iPhone 12 Pro and the 64GB iPhone 12 have lost the most value (33.7 percent) on SellCell.
The iPhone 12 mini, which reports imply is selling so poorly that its production will be halted soon, unsurprisingly has a faster monthly depreciation rate than other members of the family.
Overall, Apple’s newest phones are holding on to their value better than the Galaxy S21. This is doubly annoying for Samsung Galaxy S21 owners because the range costs more than the iPhone 12 series on a like-for-like basis.
The most expensive iPhone 12 model, the 512GB iPhone 12 Pro Max that costs $1,399, has lost around 31 percent of its value since its launch in October last year. The priciest Galaxy S21 model, the 512GB S21 Ultra that goes for $1,599, has depreciated by 53.3 percent since launch.

The report doesn’t come as a shock as Android handsets historically lose more value than their iOS counterparts. According to price comparison site BankMyCell, on average, a new iPhone’s value depreciates 16.7 percent in a year, versus 33.62 percent for Android phones.
Per the site, the iPhone 11 lost around 13 percent of its trade-in value in the whole of 2020. The Galaxy S20, on the other hand, lost nearly 35 percent in the first nine months only.
The findings are consistent with a study from smartphone seller decluttr that also found that Android phones lose their value much faster than iPhones.

While the latest trade-in value data may upset Android users who upgrade their phones every year, it will likely not be a concern for most people, given that reports suggest that the upgrade cycle has increased to 3 to 4 years. It also appears that the depreciation gap between iPhones and Android devices begins to decrease after three years.
Still, why do Android phones depreciate at a faster rate than iPhones? SellCell believes it may have something to do with brand loyalty. Nearly a third of Samsung users may consider switching to Apple, says the site, but the majority of iPhone users are unlikely to leave the Apple ecosystem. The higher demand for iPhones helps them retain their value better than Android handsets.
On the bright side, if you have been eyeing the Galaxy S21 series, a used model sounds like a good idea.
Also, keep in mind that millions of smartphones are sold every year via various channels and the number of transactions on SellCell may not be high enough to reflect a wider trend.
In related news, Samsung has reclaim the title of number one smartphone seller from apple after losing it in Q4 2020
Post Views: 62