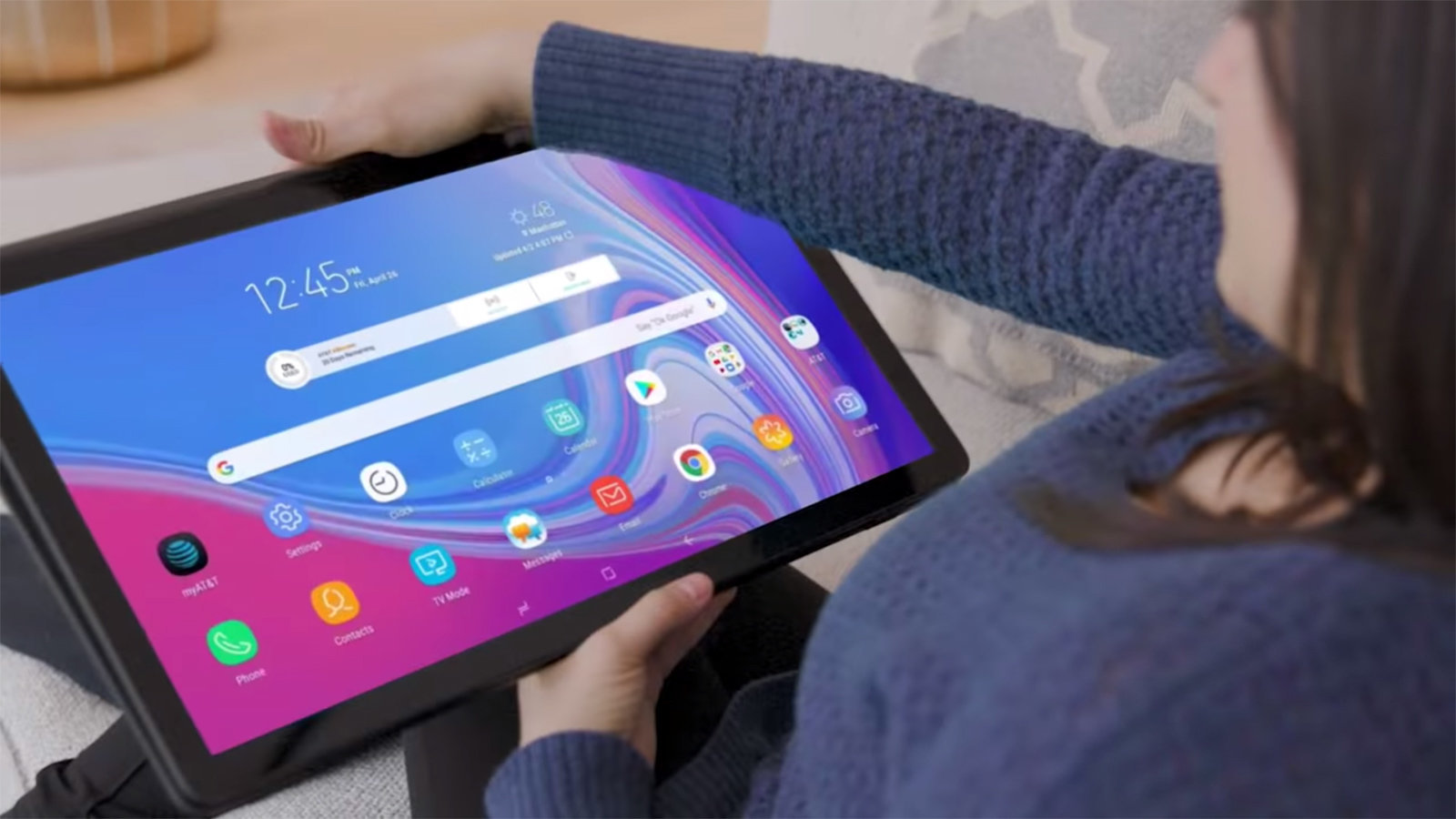 You probably weren’t looking for a sequel to Samsung’s lap-crushing Galaxy View tablet, but you’re getting one anyway. AT&T has teased the release of the Galaxy View 2, another take on the Android tablet and mobile TV hybrid. It’s not quite as colossal as its predecessor with a 17.3-inch 1080p display, and implements a clever built-in cover that doubles as a kickstand. Still, this could easily be awkward to use in tablet mode — it’s really more of a vehicle for DirecTV Now and other AT&T streaming services than something you’d use to check Facebook on the couch.

This will be a resolutely middle-of-the-road device outside of its dimensions. AT&T tells Engadget the View 2 will pack a mid-tier 1.6GHz Exynos 7884 eight-core chip, 3GB of RAM, a front-facing 5-megapixel camera and 64GB of expandable storage. You will get immersive Dolby Atmos audio, though, and the size allows for a hefty 12,000mAh battery that should keep the tablet humming. This being AT&T, there’s built-in LTE with support for calling features like NumberSync (which turns this into a truly over-the-top speakerphone, we’d add).

You’ll want to brace yourself for the price. The View 2 arrives on April 26th for $37 per month on a 20-month installment plan, which translates to $740. Despite the smaller size, it’s actually more expensive than the original $600 View. That could make sense if you’re an avid viewer who insists on a sprawling screen at all times, but it might make more sense to spring for a more compact tablet if you just want something larger than your phone. Your wallet and your legs might just thank you.

ASUS wasn’t the only company hit by ShadowHammer

Galaxy Note 10 5G has been confirmed by Verizon