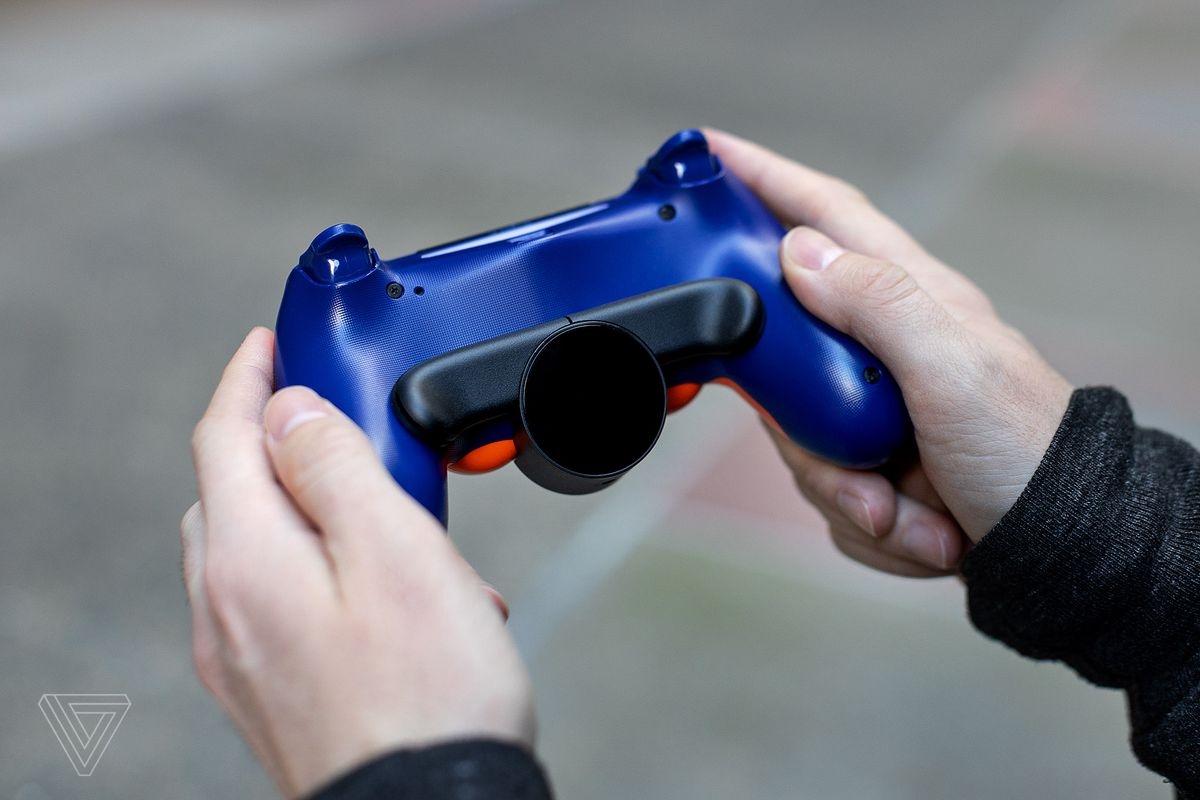 Sony has applied for a patent for its Back Button Attachment, the add-on accessory for the DualShock 4 announced back in 2019 that adds programmable buttons to the underside of the controller. The filing, spotted by IGN, doesn’t call the device by its existing name, but rather describes the product as an add-on with buttons that “may be mapped to controller buttons using customized button mapping pre-sets” and features a number of diagrams showing off how it works.

It’s not immediately clear what the patent application means for Sony. The application, which has not yet been granted, was first filed in the US in the summer of 2019, before Sony filed it internationally in June of last year. It offers no indication this device could be coming to the PlayStation 5’s DualSense controller, as the diagrams depict what looks to be an older DualShock 4 device and do not describe any corresponding functions with the new console’s gamepad or any of its unique features.

What is worth pointing out is that there are increasing litigation pressures surrounding the market for pro controllers containing programmable back paddles. Just last week, Valve was fined $4 million over its Steam Controller design in a lawsuit brought by Scuf and Ironburg Inventions, both subsidiaries of gaming peripheral maker Corsair. Scuf also licenses its technology, which includes its intellectual property and patents, to Microsoft as of 2015 for the Xbox maker’s Elite controller line, which features programmable rear paddles similar to the devices Scuf sells.

There is no indication Sony’s actions, which again date back to June 2019 at the earliest in the case of the US version of this patent application, have any connection to any ongoing or past lawsuits or licensing deals. But it is a smart idea for a company to patent its intellectual property in a competitive space, especially if they want to protect their product line and any future releases.

The Back Button Attachment, announced in late 2019, is Sony’s low-cost alternative to a proper pro controller. It costs just $30 and adds programmable buttons to the underside of the DualShock 4 that let you remap crucial functions reserved for, say, the X or O buttons. In turn, this lets you trigger the associated in-game actions without removing your thumbs on the joystick. In a smart move, Sony opted for smooth grip-like buttons that don’t float off the controller unlike the more popular floating paddle design, which meant they’re less prone to snapping off.

Extra programmable buttons can provide a noticeable advantage when playing high-stakes competitive games. Prior to the Back Button Attachment, PlayStation fans had to rely on third-party manufacturers for programmable back paddles and other pro controller features like customizable thumbsticks.

Although some fans may have wanted PlayStation 5’s DualSense controller to ship with removable back paddles, Sony didn’t end up doing that when the gamepad was unveiled last year and eventually launched with the new console in November. And due to the shape of the device, the existing Back Button Attachment does not work on it. Whether we see an upgraded version of the accessory for the DualSense is anybody’s guess, but it sure would be nice to have.