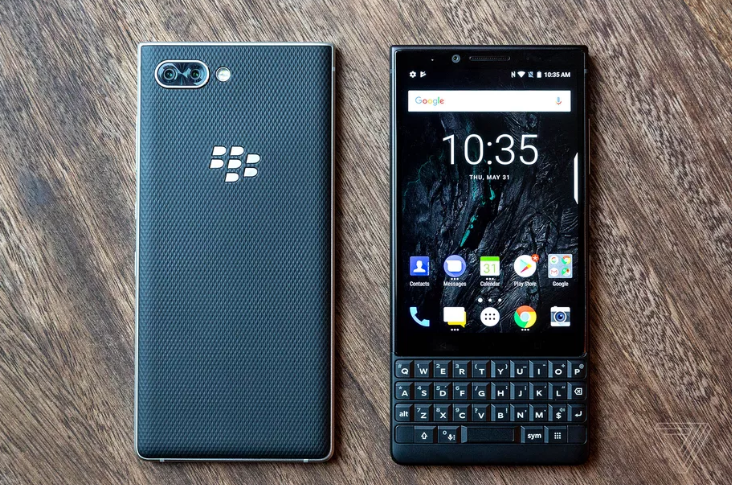 TCL has officially announced the BlackBerry Key2, its sequel to last year’s KeyOne. It’s a midrange smartphone with the company’s iconic physical keyboard. The Key2 looks a lot like its predecessor, except TCL — which makes most BlackBerry phones now — has slimmed down the top bezel and made space for slightly wider keys. The navigation buttons on top of the keyboard are now backlit as well, so they disappear when not in use, making the screen look bigger than it is.

The Key2 also slims down the chunkier and industrial-looking KeyOne. From far away it could almost pass for a Samsung Galaxy Note 8, but one look at its physical keyboard, and you know it’s a BlackBerry. That’s what the brand is counting on to push sales. BlackBerry’s senior vice president Alain Lejeune said in a statement that TCL’s goal had been to “capture all the traits that have made BlackBerry smartphones iconic, while introducing new innovations and experiences,” which mostly come through software. 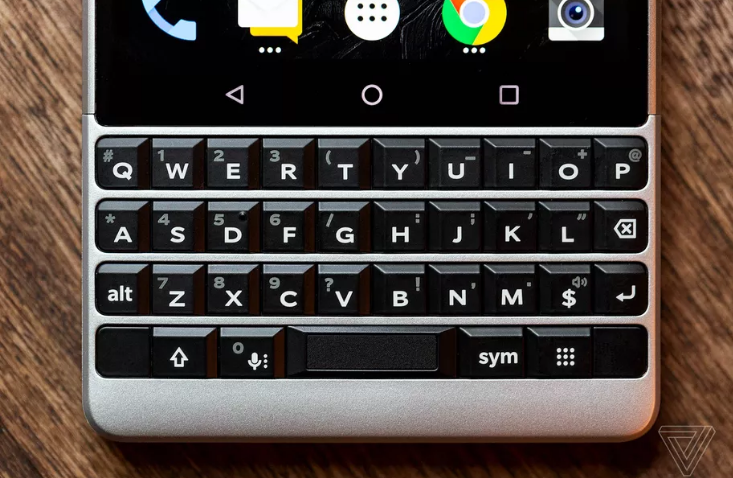 Still, even if the Key2 is “the most advanced BlackBerry smartphone ever,” it hasn’t moved far from the past. The Key2 has a 4.5-inch LCD screen with a 3:2 aspect ratio, just like its predecessor. When you use either phone, it’s a trade-off between screen space for streaming shows or playing games and the keyboard for sending emails. The screen real estate dilemma grows worse if you prefer a virtual keyboard at times, especially for entering symbols like & and {}, which aren’t offered on the physical keyboard.

But while TCL didn’t do anything new with the phone’s size and screen, it did add a highly advertised extra camera on the rear of the phone. The Key2 has dual 12-megapixel cameras, one with an aperture of f/1.8 and one with a f/2.6 that provide Portrait Mode and faster autofocus. The front 8-megapixel camera has slow-motion and panorama modes as well as the ability to record 1080p video at 30 fps. Its camera specs rival more expensive flagships like the iPhone 8 Plus, although they fall slightly short compared to the Samsung Galaxy Note 8 or S9’s lower aperture lenses.

Another aspect where the BlackBerry Key2 shines is battery life. The Key2 has the same big 3,500mAh battery seen in the KeyOne that should get you through two days of use.

TCL decided to remove the extra right shift key and replace it with a “speed” key, which resembles an app launcher and lets you set specific keys as shortcuts. For example, you can set it up the so that “I” opens up Instagram. Then when you press I, while holding onto the speed key, Instagram opens. This can be done for any of the 52 keys on the physical keyboard.

The spacebar still doubles as a camera shutter key and as a fingerprint sensor. The Key2 also lets you use the entire keyboard as a touchpad, which can be used mainly for scrolling webpages. Now, you can gesture on the keyboard to scroll through pages; just be careful not to press down on any keys.

The Key2 keeps the 3.5mm headphone jack on the top left, and places the power button and volume controls on the right side. The phone also keeps the “convenience key” seen on the KeyOne, which is an extra button on the right that can be programmed with a shortcut. (That makes a total of 53 programmable keys.) 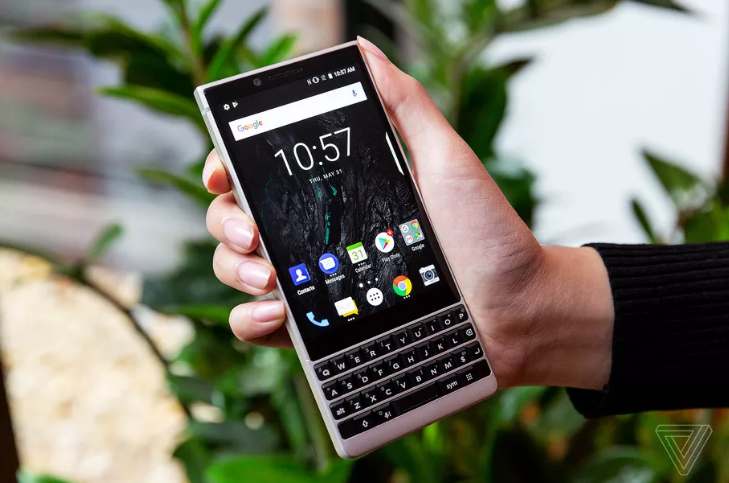 Some of the BlackBerry Key2’s more interesting updates can be found in its security apps, Dtek, Locker, and Power Center. (These software updates will also roll out to the KeyOne.) BlackBerry spokespeople told me that while these security updates had been in development long before Cambridge Analytica, they were even more necessary at a time like this. Dtek, in addition to being able to offer information about your operating system and security, can now tell you what permissions each app has received and detect if an app is acting strangely.

The Locker mode, which started as a BlackBerry Motion exclusive, came to the KeyOne last December as part of a monthly security update. Now on the Key2, it will come preinstalled. In addition to being a place for you to store fingerprint-protected private photos and files, it’s now a hub for you to store private apps and access Firefox Focus, Mozilla’s private browser.

Finally, Power Center will learn your charging habits. So if it figures out that you usually charge your phone at 10PM every night, if you skip a night, it will warn you and tell you how much time you have left before you’re low on battery. 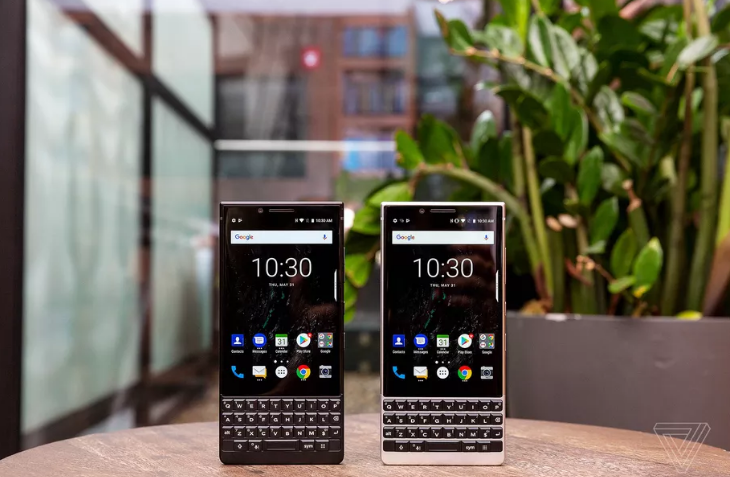 The rest of the Key2’s specs are slight improvements to the KeyOne. The Key2 runs Android Oreo out of the box and is powered by a Qualcomm Snapdragon 660, which is typical for midrange phones right now. Both RAM and internal storage have been doubled to 6GB of memory and storage options of 64GB and 128GB. The Key2 starts at $649 for the basic storage option and starts shipping globally this month. It comes in black or gray.

I can only envision that you’d use this phone if you love your physical keyboard like you enjoy the satisfying clack of a mechanical keyboard or typewriter, or if you’re nostalgic for the 2000s and also happen to be paranoid about security. The question remains: are any of you BlackBerry fans still out there?