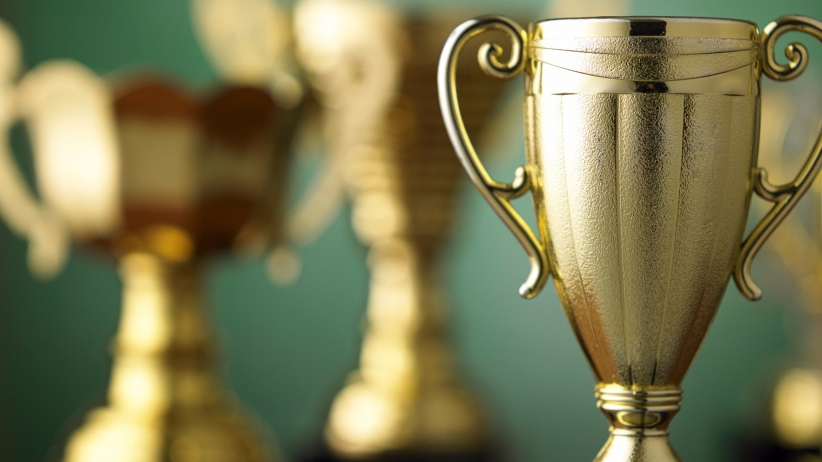 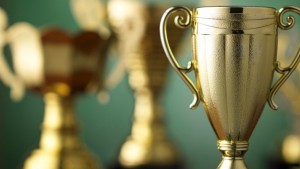 You may recall a few weeks ago, Steelers linebacker James Harrison created a small social-media firestorm when he posted that he wouldn’t let his sons accept trophies for merely participating in sports. In fact, when he found out that they had participation awards, he had them sent back.

The intimidating linebacker posted a photo of two participation trophies on Instagram with the hashtag #harrisonfamilyvalues and had this to say:

“I came home to find out that my boys received two trophies for nothing, participation trophies! While I am very proud of my boys for everything they do and will encourage them till the day I die, these trophies will be given back until they EARN a real trophy. I’m sorry I’m not sorry for believing that everything in life should be earned and I’m not about to raise two boys to be men by making them believe that they are entitled to something just because they tried their best…cause sometimes your best is not enough, and that should drive you to want to do better…not cry and whine until somebody gives you something to shut u up and keep you happy.”

I don’t know if Harrison’s boys will grow up to be athletes or go into business, but I know that if they decide to go into business for themselves, the lesson their father taught them about earning real trophies will serve them well. You see, the business world has something that’s nearly the equivalent of a children’s sports-participation trophy – it’s called a bankruptcy judgment.

It concerns me that our country’s small business startup rate has been going down, and I wonder if it’s because too many younger Americans grew up being awarded for merely participating and they realize that launching a successful business requires a much deeper level of commitment.

This might be reflected in the fact that as of 2013, immigrants started 430 businesses per 100,000  people while native-born Americans started only 250. And although immigrants are only one-fifth of the labor force, they account for a quarter of the new U.S. entrepreneurs. I suspect that these hard-working immigrant entrepreneurs were raised in cultures where they don’t hand out participation trophies.

In any case, learning the lesson that Harrison is teaching his children and adopting the attitude toward business formation that our immigrant population is modeling would serve us all well and do more to secure the future of our country than anything our politicians can do from Washington.

The basics are simple. For startup and small business success you need to be competitive and put in an effort that goes far beyond what you think you are capable of. Harrison, a five-time all-pro linebacker, said that sometimes our best isn’t good enough to win and when that’s the case we aren’t entitled to some kind of award.

And, in that same spirit, we need to know that we can soar beyond what we consider our best. Sometimes it takes being knocked down – or facing the threat of failure – but there is always room for “extra effort,” for establishing a new “personal best” and then setting out and beating it tomorrow.

In every endeavor, refuse to settle for a participation trophy. In fact, see it as an insult to your potential.

Secret to Finding Inner Peace at a Toxic Job

Samsung Galaxy S20 FE: Inspired by fans, for the fans 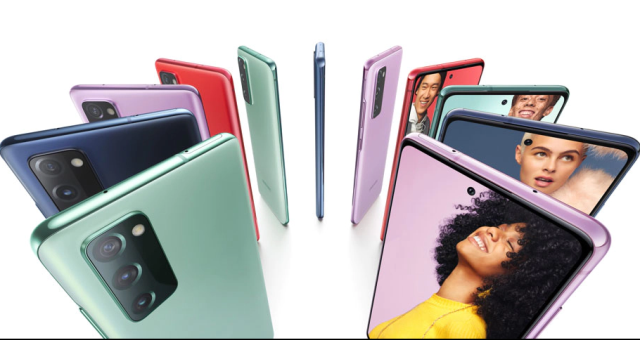 Samsung Electronics Co., Ltd. has revealed the Galaxy S20 Fan Edition (FE), the newest member of the Galaxy S20 series. Galaxy S20 FE is a premium flagship smartphone that includes innovations Galaxy fans told us they love most, and it is also made available at an accessible price point. COVID-19 disrupted the world as we knew it and technology is now playing a more crucial role in our lives and that is why we created Galaxy S20 FE; to deliver flagship experiences to more consumers.

“The S20 FE is an extension of the Galaxy S20 family and is the start of a new way to bring meaningful innovation to even more people to let them do the things they love with the best of Galaxy.” Says Mr. Caden Yu, the Managing Director, Samsung Electronics West Africa.

All you want, to do what you love
Express the best of yourself when out on a day trip or at night catching fun with a pop of color that reflects your personal style, attitude and personality. The S20 FE comes in variant colors of Cloud Red, Cloud Lavender, Cloud Mint and Cloud Navy.

With the S20 FE, the fun never stops. The pro grade camera and 30X Space zoom help you capture memorable moments whether near or far at day time.

Plus, the night mode multi-frame and powerful performance gets you through the fun nights and the 4500mAH battery keeps you on all day with little in between time to recharge using the 15W fast charging.

And since life can be unpredictable, the Galaxy S20 FE is water and dust resistant; IP68 rated. Better yet, when accidents happens, one can rest easy knowing the 24 months warranty and Screen repair offer that comes with Pre order has got your back.

Pre order
The S20 FE is available for pre order from the 9th of October with a Wireless Bluetooth earphones, Clear Standing cover and Screen repair offer. You also get a 4 month Free Subscription on YouTube premium. Trade In Discount Offer also available from Pre order. Trade in your old phones and enjoy discount on the S20 FE
Launch.

The S20 FE would be officially available in the market from the 23rd of October. Visit any of our Samsung Experience Store nationwide for an amazing and pleasurable experience.

Device Specifications
With its variants of colors, S20 FE comes with a 6GB RAM/128GB ROM, a long lasting battery of 4500mAh with 15W fast charging, a 32MP selfie camera and a 120Hz Super-Amoled display.

EA Sports has announced that the company will not be releasing a demo for FIFA 21.

FIFA 21 is set to be released on PlayStation 4 and Xbox One on Friday, October 9, having being pushed back from its usual September release date due to the coronavirus pandemic.

In addition, the game will also be eventually released on the upcoming Sony PlayStation 5 and Xbox Series X, making this year’s release one of the most important in recent years.

Typically, EA Sports release a demo for each year’s game around three weeks before the official release, allowing players to test out the gameplay in one-off matches featuring some of the game’s top teams.

The demo is then typically followed by an early access period for those that are EA Play members, offering players a chance to play the full game for a limited time before release.

However, EA confirmed on Monday that this year’s game will not have a demo, with the company instead focusing on making sure the full game is prepared for its October 9 release date.

“We aren’t releasing a demo for FIFA 21. Instead we’ve made the decision to focus our development team’s time on delivering the best full game experience for current & next-gen consoles,” EA said in a statement.

“We look forward to EA PLAY members jumping in 10 days from now and launching the game Oct 9.”

In recent weeks, EA has begun to unveil the list of the highest-rated players in the game, with Lionel Messi, Cristiano Ronaldo and Robert Lewandowski earning the top three places on this year’s rankings on the men’s side with U.S. women’s national team star Megan Rapinoe leading the way for the women.

Here’s a seven minute video from Caleb Porzio that focuses on some of Emmet‘s HTML editing features. You might think of Emmet as that thing that expands abbreviations like table.stats>tr*3>td*3 into glorious, expanded, and perfect HTML. But Emmet has other HTML editing trickery up its sleeve. My favorite is “wrap with abbreviation” (which happens to be Cmd/Ctrl + Shift + A on CodePen), but there are more, like expanding your selection inward and outward and tag changing.

If you haven’t seen it, the Emmet 2 preview on CodePen is pretty neeeeat. It shows you what you’re about to expand into before you do it: