Trump reportedly uses unsecured phone lines. Cybersecurity experts explain why those are 'so easy to hack it's scary.'
Advertisement 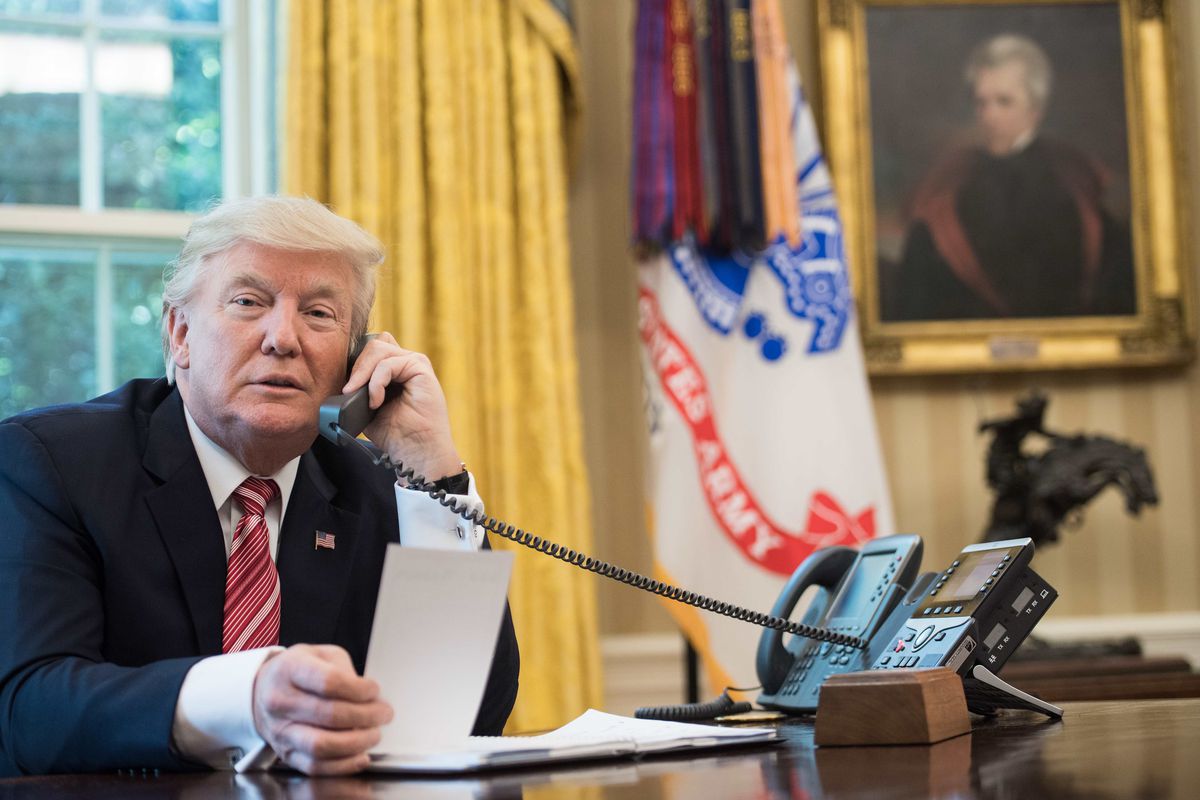 President Donald Trump made Hillary Clinton’s use of private email servers a hallmark of his campaign, but the president himself regularly conducts phone calls using unsecured devices, according to a new report from The Washington Post .

Call records released as part of the impeachment inquiry into Trump show that he and his top advisors routinely used unsecured phones for White House business, a fact that several unnamed administration officials confirmed to the Post. Top government officials typically use encrypted phone services to protect calls or texts from being intercepted by hackers.

To put that revelation in context, Business Insider spoke to cybersecurity experts about the risks associated with unsecured phones.

“In some cases, it’s as simple as walking into a cell phone tower, plugging in a laptop, and downloading everything,” Alex Heid said. “It’s generally so easy to hack its scary.”

Kiersten Todt, managing director of the Cyber Readiness Institute and a former cybersecurity advisor to the Obama Administration, said that gaining access to unsecured phone activity is well within the capabilities of sophisticated hackers.

“With enough time and focus, which we know that many malicious actors have, it’s certainly doable,” Todt said.

Here’s a breakdown of how hackers can gain access to unsecured phone activity and how encryption can protect against hacks, according to experts.

Encrypted phones have been the standard for top-ranking government officials dating back to World War II, when extensive technology was employed to protect against wiretapping.

Phone encryption became much less expensive with the advent of the internet. Most encrypted phone lines now use software called “voice over internet protocol” to shield against spying.

However, most standard phone services, including calls and texts, are “basically wide open,” according to Heid: “It’s unencrypted data stream that’s broadcast over the airways.”

“Hackers are constantly hacking telecom carriers,” according to Heid. “In some cases, it’s as simple as walking into a cell phone tower, plugging in a laptop, and downloading everything.”

There are now a range of smartphone apps that provide encrypted calls and messaging services, including Signal, Wickr, and WhatsApp. The latter is used intermittently by White House officials, according to The Washington Post.

The primary reason that people opt to use unsecured rather than encrypted phone services is because of convenience. “There’s always that trade-off between encryption and ease of use,” Heid said.

There have been several instances of targeted phone hacking in the past year alone. One tactic, known as SIM swapping, involves fraudulently convincing a mobile carrier to transfer control of a phone number to a hacker’s device.

“Mobile security is something that the government is still struggling to prioritize,” Todt said. “Given the use of smartphones across business and government use, we’ve got to figure it out.”

Chrome now warns you when your password has been stolen