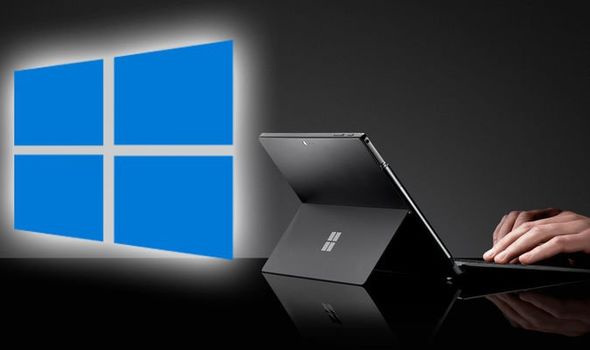 Windows 10 is Microsoft’s computer operating system that received its last substantial update back in May.

Aptly titled the May 2019 Update, also known as 19H1, the software introduced a host of improvements to Windows 10 such as a new light mode and important programmes like Windows Sandbox.

Microsoft typically grants Windows 10 two major upgrades a year – the next iteration of the software that will land later in 2019 has the codename 19H2.

The Redmond-based tech giant recently discussed 19H2 and suggested it could be a more iterative improvement than a substantial overhaul.

Microsoft said: “The next feature update for Windows 10 (known in the Windows Insider Program as 19H2) will be a scoped set of features for select performance improvements, enterprise features and quality enhancements.”

Although it is expected the 19H2 update will bring a variety of helpful new changes to the operating system, it appears Microsoft’s first Windows 10 update of 2020, codenamed 20H1, could be much more drastic.

Microsoft has already released a number of preview builds of 20H1, providing a tantalising glimpse at some of its new features.

With that said, here are some of the best features the first major Windows 10 update of 2020 could deliver.

Here’s what you should do after a Windows 10 upgrade

Back in May it was rumoured Microsoft could be toying with bringing back rounded corners to its computer operating system.

At the time Zac Bowden, a senior editor at Windows Central, showcased an image from 20H1 of the alteration in action.

Bowden showed an image of Windows 10’s search interface – the software was exhibited looking much more pleasing than its current iteration.

Windows 10 currently features a variety of sharp corners in its appearance.

Adding further credence to the idea Windows 10 could be set for an aesthetic change, Microsoft programme manager Sravya Vishnubhatla recently posted a proposal in Github that discussed rounded corners.

Windows 10 allows users to create multiple desktops that can help to better arrange the software if a user has a multitude of programmes running at once.

However, at the moment when new desktops are created they are assigned uninspired numerical names such as “desktop 1” and “desktop 2”.

That looks set to change in 20H1 by allowing users to create desktop names that can be saved.

It seems Microsoft could be planning to bring rounded corners back to Windows 10 (Image: Twitter @zacbowden)

Microsoft is pushing passwordless logins for Windows 10 version 20H1 – a recently released preview build for the software included such a feature.

Instead of using a typical combination of words and symbols, the American tech giant is insisting that harnessing a PIN, facial recognition or a device’s fingerprint scanner will result in “improved security and a more seamless sign-in experience”.

Moreover, the firm added the Windows 10 passwordless feature can be enabled for those running 20H1 preview build 18936 by heading to Settings > Accounts > Sign-in options and by pressing the “on” button under the “make your device passwordless” section.

It is worth noting the features mentioned above are some of the early features that are anticipated to arrive in Windows 10’s first major upgrade of 2020.

Microsoft is expected to reveal more of 20H1’s features as its release draws closer.