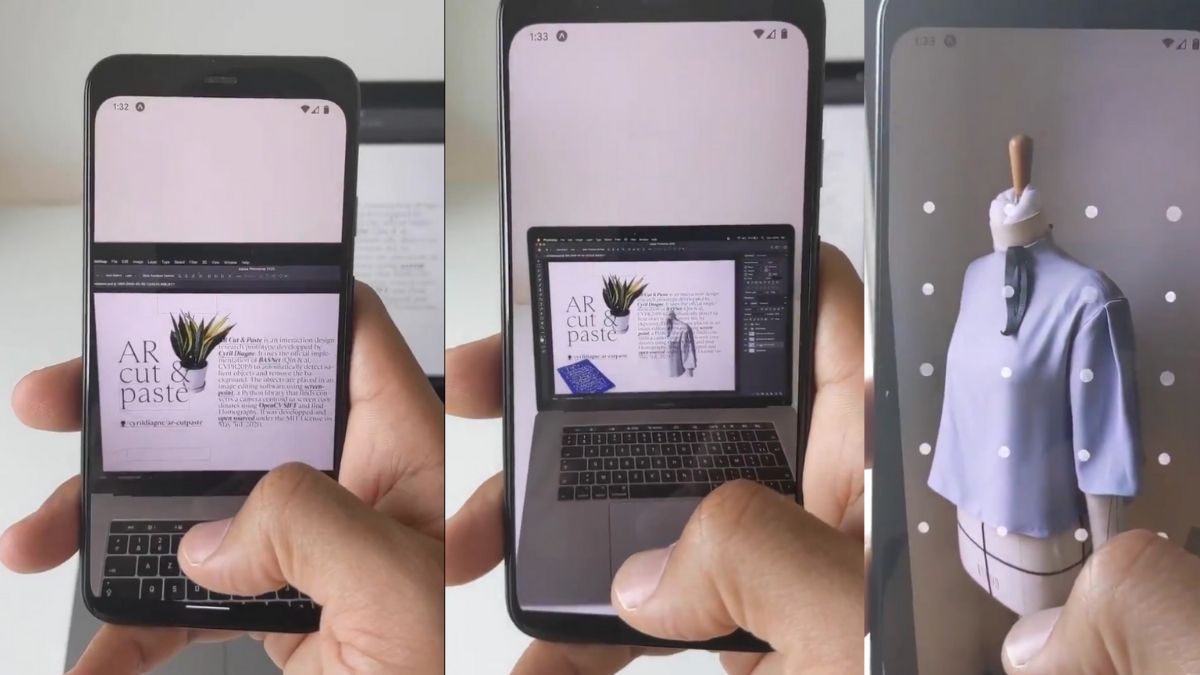 A developer made an augmented-reality tool that lets people copy and paste objects from the real world.

The line between the physical world and the digital one is blurring, and a new tool lets you drag objects across that line more easily than ever before.

Developer Cyril Diagne built a point-and-click augmented-reality tool that lets people use a smartphone to “copy” an image of an object from real life and paste it into a Photoshop file in seconds.

The tool, first reported by The Verge , demonstrates one of the most convenient potential use cases for augmented reality, a technology that has attracted boatloads of venture capital but has struggled to capture consumers’ attention more broadly.

Diagne’s software automatically detects and crops along the edges of an object being photographed, turning it into a sticker that can be easily added to a digital file. It also detects when a phone’s camera is pointed at a computer screen to automatically “paste” the image. The whole process takes about six seconds, according to Diagne .

Other developers replied to Diagne sharing similar tools that they’re building. While Diagne’s tool is still a prototype and not a finished app, the full source code is available on GitHub .