5 GLOBAL RISKS YOU SHOULD CARE ABOUT RIGHT NOW
Advertisement 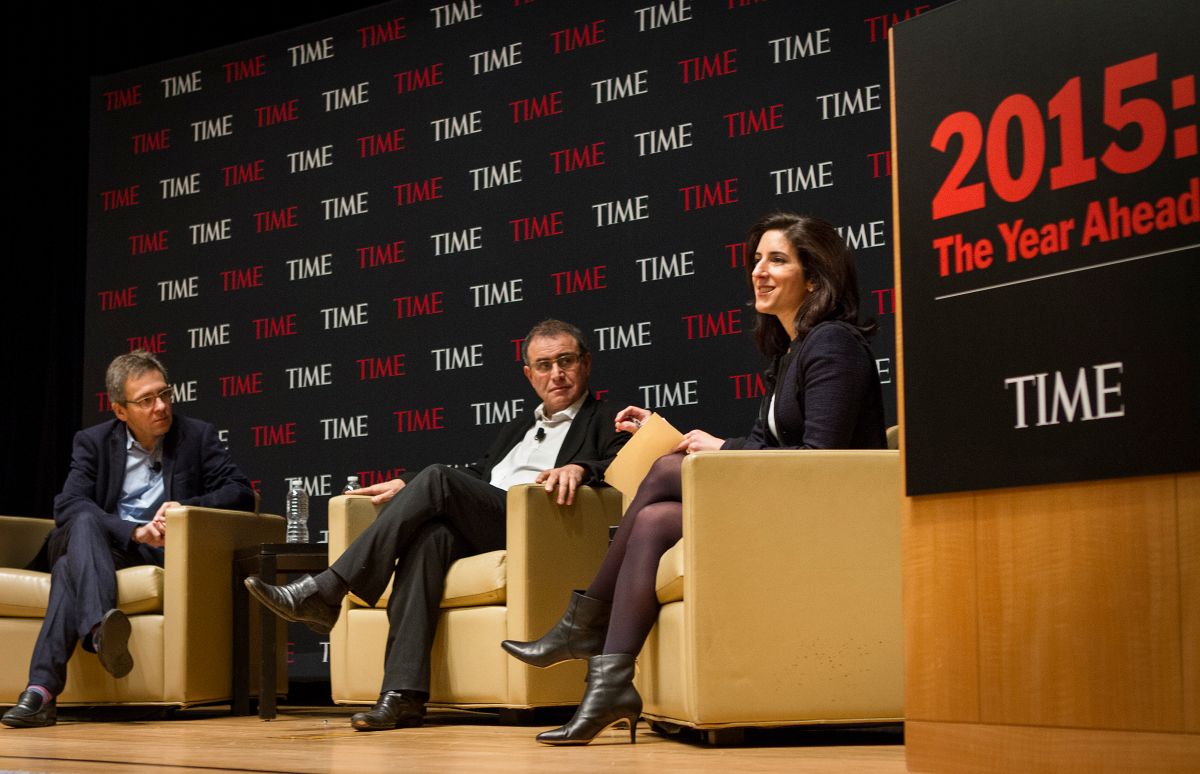 From Russia and China back to America

Ian Bremmer, the head of Eurasia Group, and Nouriel Roubini, the founder of Roubini Global Economics, are two of the world’s preeminent risk forecasters. They joined me Tuesday morning at the offices of Time Inc. for our yearly look ahead about what you should—and shouldn’t—worry about in the geopolitical and economic landscape for 2015.

Here are my top 5 takeaways from the conversation:

Russia is being underplayed as a major political risk, especially for Europe

Yes, we’ve all followed the conflict in the Ukraine. But according to Bremmer, there’s a good chance that petro-autocrat Vladimir Putin will become even more dangerous and unpredictable as oil prices plummet, stirring up more trouble abroad (possibly in other border states) in order to keep attention at home off the total collapse in the Russian economy. The European Union-United States divide over how best to handle Russia and Putin also underscores a transatlantic relationship that is becoming even more polarized.

America is becoming more unilateral, but not in the ways that you might think

Economically and politically, the U.S. is decoupling from the rest of the world. As Roubini pointed out, America is the one bright spot on the global economic map this year, with a solid recovery that could well have it growing faster than many emerging markets. On the other hand, there’s also a sense that the U.S. is withdrawing politically from the rest of the world, heightened by President Barack Obama’s absence this week from the Paris anti-terrorism rally (Bremmer believes this was a public relations blunder, not purposeful). That’s not the right way to think of it, says Bremmer. “The U.S. is projecting power through an arsenal of disparate mechanisms that allow is more easily to act alone,” including everything from drones to economic statecraft including more freezing of assets of problematic nations (think Russia or Iran), a strategy that Bremmer dubs “the weaponization of finance.”

Both Roubini and Bremmer feel that the conventional wisdom about the Saudis keeping the pumps going and depressing prices in order to stick it to rivals Iran and Russia is wrong. “This is about economics,” says Roubini, who believes that the Saudis are simply trying to push competitors (including U.S/ shale producers) out of the market and that they’ll start pumping more oil once the marketplace is clear. While the impact for American homegrown shale could be bad in the short term, it will be outweighed by the consumer effect of lower prices (witness gas falling below two bucks a gallon in some parts of the country).

China is still a big mystery

It’s slowing economically, that’s for sure. But is President Xi Jinping’s massive consolidation of power a sign that the country is about to undergo pro-market reforms of the type that it hasn’t seen since the days of Deng (something that China watchers hope will vault the country into the middle-income bracket and help it create more jobs)? Or is it rather a sign that China is going back to the scary days of Mao, when dissent of any kind could land you in jail or worse? Bremmer is hopeful that China can make the middle market leap and maintain social stability. Roubini (like me) is less bullish, and feels that the country’s economic model is still based on cheap labor and cheap capital (it’s worth noting it takes four dollars of debt to create every dollar of growth in China these days, which is not good). Both agree that 2015 will be a crucial pivot year for China.

Bifurcation, polarization, inequality and volatility are the buzzwords for 2015

Politically and economically, old alliances are fracturing and new ones are being formed. Sectarian conflict in the Middle East and North Africa region will get worse before it gets better, Europe is headed toward a scary deflationary debt spiral that’s galvanizing far-right politics (witness Marine Le Pen’s rise in France), and China’s slowdown and the fall in oil prices is rejiggering the geopolitical landscape. Markets will be skittish this year—so fasten your seatbelts.