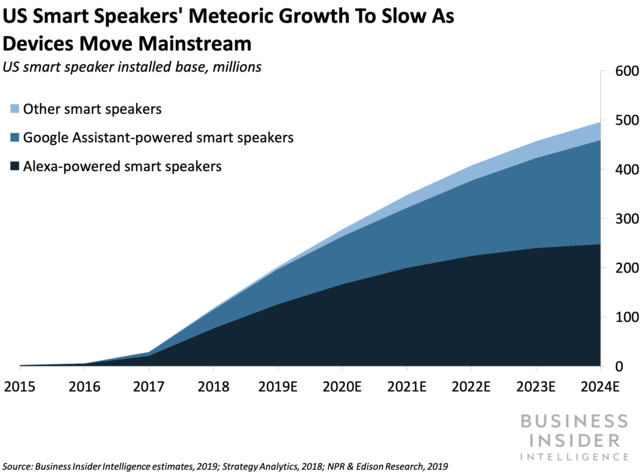 Here’s what it means: The Chinese smart speaker market is gaining traction, as its share of shipments reached an all-time high.

The bigger picture: As the US smart speaker market begins to leave its growth stage and enter a maturity stage, Amazon and Google will likely find it difficult to maintain their spots as the top global smart speaker providers, and will turn to services to drive higher revenue as growth slows.

Amazon already has a wide offering of almost 60,000 voice apps for its Alexa-enabled smart speakers, while Google has just over 4,000. The companies can monetize these apps by taking a cut of the apps’ revenue and in-app purchases, like Apple does from its App Store, for example.