Here is the world’s first robotics museum–built by robots, of course The first exhibition of Seoul’s Robot Museum will be the robots building the museum itself.
Advertisement 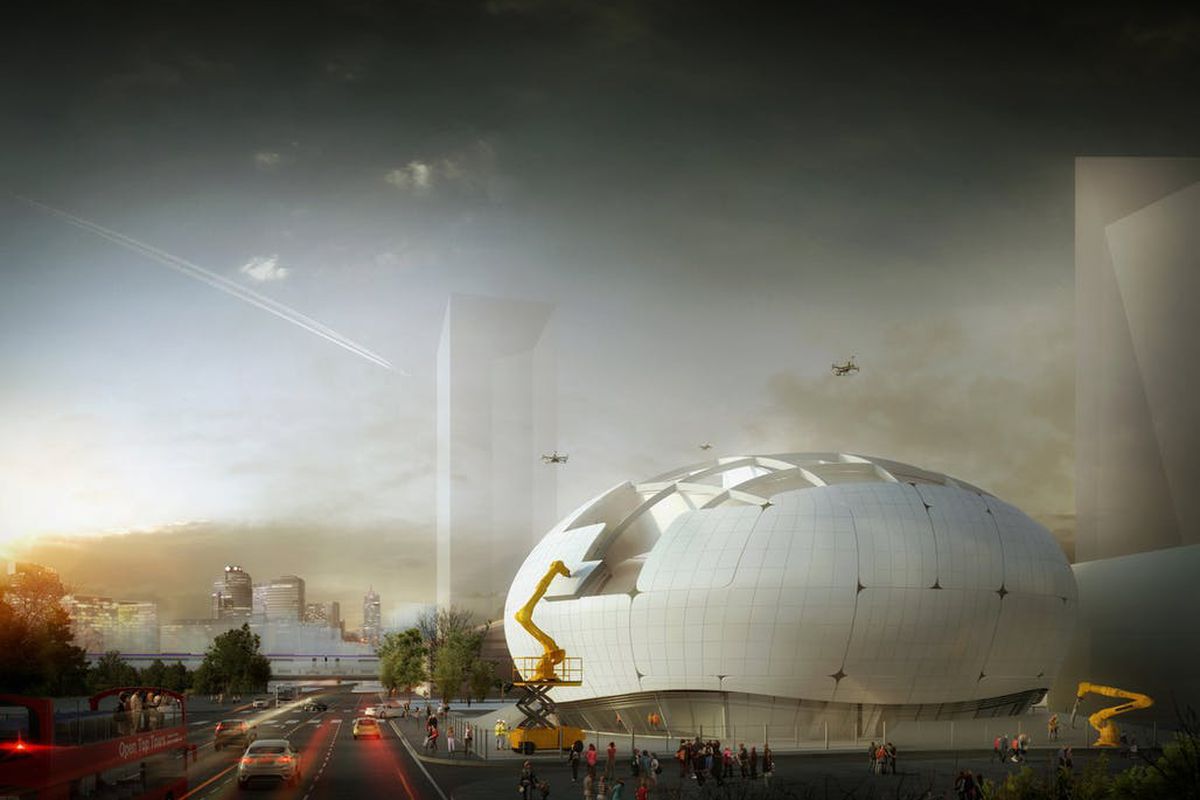 Seoul wants to have the world’s very first museum dedicated to robotic science. And the city authorities have decided on the best possible way to build it: use robots, of course.

The museum, designed by Turkish architectural firm Melike Altınışık, is designed to be one of the most recognizable buildings in the center of the Changbai New Economic Center, a newly redeveloped area in the center of northern part of the city.

Its organic form, a semi-sphere that seems to flow in waves to reveal a glass and steel base, will be built by robots. According to the firm’s design principal Melike Altınışık, the building has been conceived as a temple to robotic innovation, so the best way they could materialize that ethos was by using robotic arms to assemble the new space.

First, a team of robots will mold the curved metal plates that form the museum sphere using a 3D building information modeling system (basically a CAD system that works with solid objects in real 3D space rather than represent the objects with 2D plans). Robots will assemble the plates, welding and polishing the metal to obtain its final surface appearance.

This process will start in early 2020, with the museum opening its doors about two years after that.

My only question is: Are they using robots to build the robot builders, and, if so, who will build the robots that build those robots and would this infinity loop cause a tear in the space-time continuum that will suck the entire museum into a black hole?

Here’s how much the Samsung Galaxy S10 Plus materials cost